Highly recommended interview with Canadian theatre legend Morris Panych on One Big Umbrella today. Never one to pull punches on the internet, Panych gives a series of entertaining and refreshingly uncensored responses to the questions posed by M.K. Piatkowski. Highlights include:

“Who would direct the coolest production of one of your plays?

I can tell you who would direct the uncoolest. The asshole from New York who directed Avenue Q…”

“Where would you like your work to be produced?

It’s a nice feeling to have a play make you some money, so anywhere is fine. That said, one of my favorite recent experiences was going to see Lawrence and Holloman at a little hole in the wall place in Kensington Market…”

“What scares you? What can’t you write about?

…Sometimes I think I should write about being gay but I have nothing to say about that, either. ‘I’m gay’ is not a play; although some people seem to have made a career of it.”

You can read the full interview on One Big Umbrella here.

Total eclipse of the arts 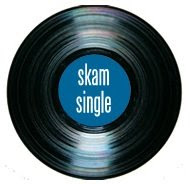 The provincial government in BC has the arts community piping mad after they reduced arts funding to 1980s levels in a single pre-election budget! (Did these guys pay attention to how well that worked out for the government in the federal election?) Theatre Skam has responded with your typical, “Don’t get mad, record and remix a really hilarious song about it” response. Click the link below to hear: