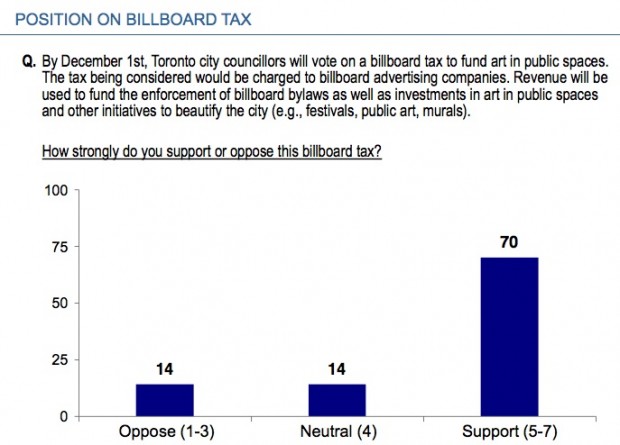 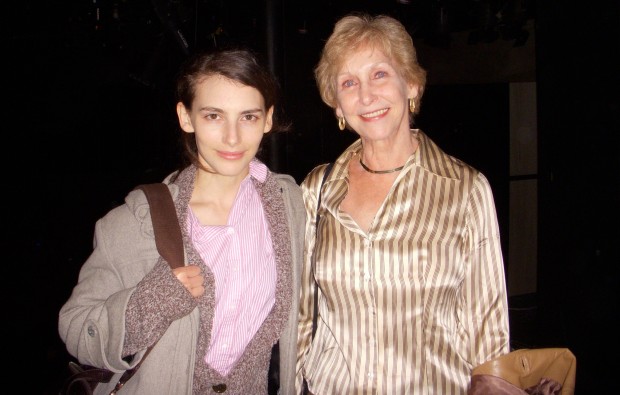 Liane Balaban poses with her mother at the après cocktail of My Name Was Anna. After sharing the silver screen with the likes of Dustin Hoffman and Hugh Dancy, Balaban returned to TO to play Claire in Necessary Angel’s workshop presentation of Michael Ondaatje’s novel Divisadero at Theatre Passe Muraille. 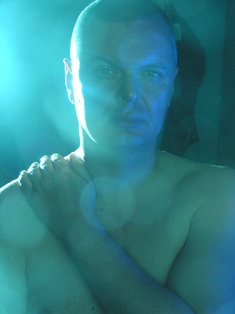 Harbourfront Centre and Buddies in Bad Times Theatre invite you to participate in a FREE, three-day workshop with Glasgow-based artist Adrian Howells, delving into the process and considerations related to autobiographical, confessional and intimate performance.

Howells has been a performance artist for the past 20 years. He creates work that promotes intimacy and genuine exchange with the audience in one-to-one, autobiographical and confessional contexts, in a range of non-traditional performance spaces. He has developed work investigating sexuality, social taboo and social conventions in public space and private situations. Howells is a recognized artists and performance professor at the University of Glasgow, with extensive experience in workshop facilitation and lecturing for high school and university students, professional artists and community groups.

HATCHLab is a peer-to-peer learning opportunity presented as part of our HATCH: emerging performance projects and World Stage programmes. The mandate of HATCHLab is to link the local performance community with international peers and practices. Past HATCHLabs have been facilitated by New York’s The TEAM (Theatre of the Emerging American Moment), Australia’s Back to Back Theatre and UK’s Stan’s Cafe. 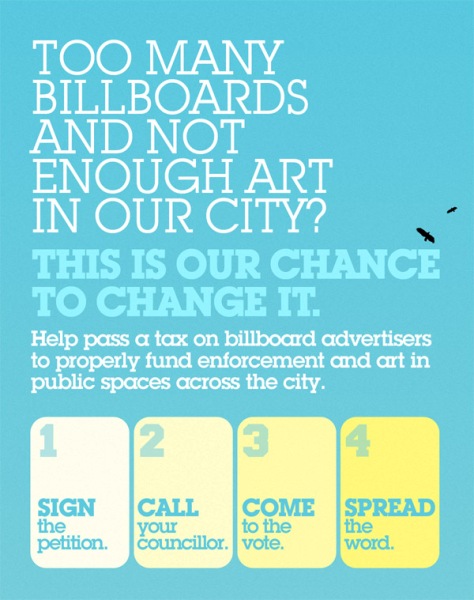 Beautifulcity.ca‘s tax on billboards to fund art is finally coming to a vote at City Council. This proposed new sign by-law may offer the single greatest opportunity to increase municipal arts funding in the next decade.

The premise of the campaign is that billboard advertising, unlike all other forms of advertising, provides no content to the public in exchange for taking up public space (editorial to advertising ratios for TV is 75/25, for print is usually 50/50 but for billboards is 0 to 100).

The tax will help to create ‘editorial’ by increasing the city’s arts funding and ensuring greater public access to art in exchange for use of public space.

“Advertising is increasingly infringing on our public spaces, and the privilege of leveraging public space for commercial ends should come with a responsibility to keep them healthy. The billboard tax is a fair and just means for private advertisers to take responsibility for their impact on the city.”

praxistheatre.com gets a tune up 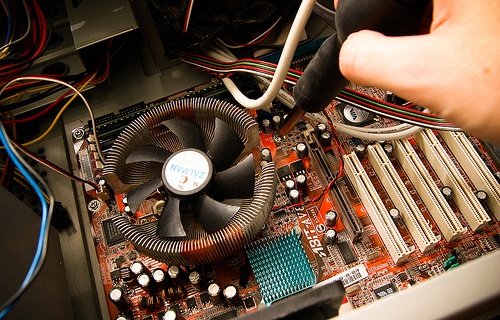 It’s been almost a 1/2 year since we made big changes at praxistheatre.com with a new format that blended some of our best content from our blogspot blog with our company website. Inspired by a new commitment to integrate our creative process with our web presence, our goal has been to continue to be hub for discussion and analysis of independent theatre while increasing awareness of Praxis Theatre and the original theatrical works we are creating.

There has been mostly positive feedback about this switch, especially in terms of the high functionality of the new website and the potential inherent in an “open source” creative model. This tune-up addresses some consistent critiques from a number of readers regarding readability and organization and is reflected in three changes:

Thanks for participating. We hope you continue to use this is site as a resource and a place for dialogue about indie theatre in Toronto and around the world. 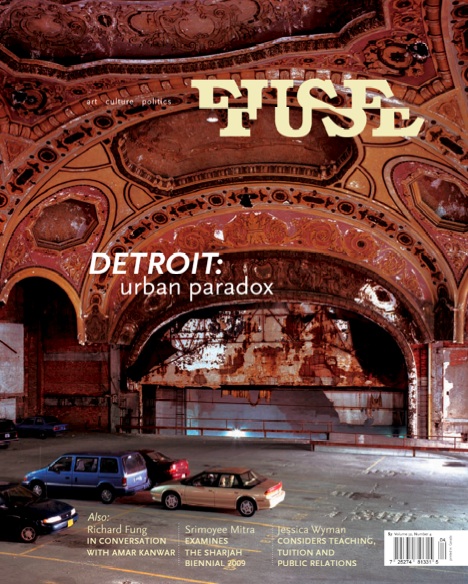 Fuse Magazine, one of Canada’s foremost periodicals on art and culture, is expanding editorial coverage to include more reviews on books, film and video, and theatre. The magazine is recruiting three section editors who specialize in one of these areas for two year terms.

Each section editor will be responsible for floating potential reviews to the editor and editing three short reviews per issue for their section. Editors should be in touch with a network of writers and are required to attend bi-monthly editorial meetings to discuss ideas, themes, progress, etc.

Editors should be based in Toronto and able to work from home. A modest per issue honorarium is available for each position. Interested applicants should submit their resume, a cover letter describing editing experience and examples of review topics, along with a writing sample by December 1, 2009. 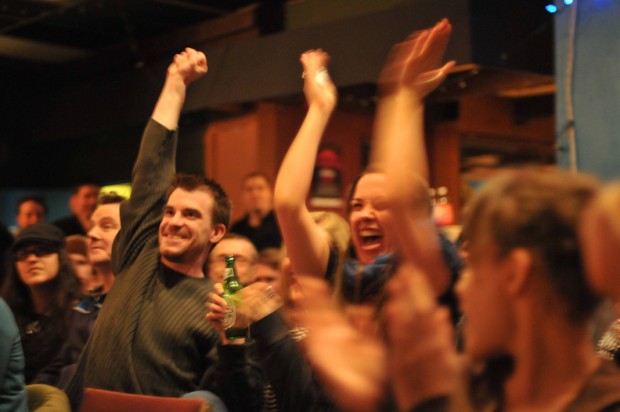 If you’ve ever applied to The Toronto Fringe before, you probably recall how Fringe applications are due in January with a draw sometime later in January at The Tranzac….

THIS IS NO LONGER TRUE. YOUR APPLICATION IS DUE TODAY!

To apply to the Toronto Fringe 2010 lottery, log on to fringetoronto.com and find the information under ‘For Artists’. Artists may apply online or download a hard-copy application form and drop it of by end of the business day.

Participating companies are provided with a venue, production & publicity support, and 100% of the ticket revenue generated by their show. The Festival will run from June 30 –July 11, 2010.

“To forget is to remember without pain.”

Arguably the most horrifying piece of music you will ever hear: Penderecki’s “Threnody”. The first few unmistakable seconds make an appearance in TALKING MASKS:

Fussing over baby Oedipus — from Pasolini’s take on the myth: 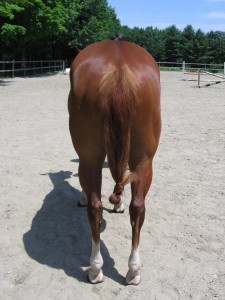 Seelig is the artistic director of One Little Goat Theatre Company.

Left to right - Josette Bushell-Mingo, Ross Manson, and Liesl Tommy are each involved in separate presentations in Toronto this weekend.

Through sheer coincidence, all three directors of The Africa Trilogy are mixing it up in the T-dot this week:

After directing the RSC/NAC original production to widespread critical acclaim, Bushell-Mingo has been mentoring directors working on Margaret Atwood’s The Penelopiad as part of Nightwood Theatre’s Directors Summit.

The public presentation of this work occurs November 15 at 3pm and 6:30pm, Dancemakers Studio Theatre.

Having toured Rwanda with Volcano’s Edinburgh Fringe-winning production of Goodness, Manson presents a retrospective of the experience at University of Toronto.

November 15th at 7pm, the George Ignatieff Theatre, U of T campus.

Fresh from the New York Times declaring her production of Eclipsed running at the Yale Repertory Theatre a “harrowing portrait of women fighting to retain their dignity and a sense of self-worth under extreme duress”, Tommy appears on two panels and teaches a Master Class also as part of Nightwood’s Directors Summit.

For full details on price and location of Nightwood Theatre events visit their webpage.

Toronto Fringe no longer on the fringe

The Randolph Centre for The Arts, which houses multiple theatrical spaces will now be a Fringe venue and the administrative and box office hub for The Fringe during the festival.

The Fringe Club and social hub for the festival will no longer be the Tranzac. It moves to the much more massive area behind Honest Eds. It will have a heck of a big patio as well as food service and they’re going to use the famous lightbulb filled sign on Bloor to invite the public in to this new Fringe theatre corridor in dramatic fashion.

Does this mean last call at the Toronto Fringe will no longer be 11pm? No promises on this front yet – but it appears possible as it is not adjacent to a residential area.  Even if you don’t drink, the fact that you have to go home or onto a sweaty dance floor at 10:45pm has plagued Toronto Fringe organizers and participants for years.