Praxis Theatre is a Toronto-based not-for-proﬁt theatre company devoted to creating original theatrical productions. These works emphasize challenging sociopolitical ideas while remaining dedicated to creating theatre that is accessible to a wide spectrum of our community.

The impetus underlying all our projects is the same: We believe in the potential and power of new stories, created by local artists, to give audiences the opportunity to question the world we engage in and how we shape it. 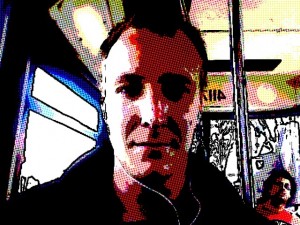 Michael is a director, writer, social designer, artistic director and co-editor of praxistheatre.com.

He has directed ten original productions as founding Artistic Director of Praxis Theatre including You Should Have Stayed Home, Jesus Chrysler, Section 98, Dyad, Steel, and The Master and Margarita.

Outside of Praxis, Michael has been Co-Curator of the Freefall Festival at The Theatre Centre, a Neil Munro Intern Director at the Shaw Festival, Director in Training at the Tarragon Theatre, and trained as an artistic producer with Volcano Theatre.

Assistant director credits include Tear The Curtain at The Cultural Olympiad/Canadian Stage, Ragtime at The Shaw Festival and Peggy Pickit Sees The Face of God as part of Luminato/Canadian Stage.

A member of The Wrecking Ball, Michael holds a Certificate from Harvard University and a MFA from the Moscow Art Theatre. 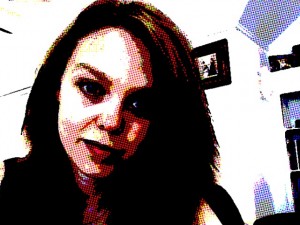 Aislinn is an independent producer, theatre maker, member of the Toronto Alliance for the Performing Arts’ Board of Directors, and Co-Chair of TAPA’s Indie Caucus. She recently joined the producing team for Luminato’s 2013 festival as Associate Producer, and produced the festival’s L’Allegro by the Mark Morris Dance Group, Feng Yi Ting directed by Atom Egoyan, and Ronnie Burkett’s The Daisy Theatre. This year she will be guest curating Harbourfront Centre’s HATCH 2014 season along with her Praxis Theatre colleague, Michael Wheeler.

As the Artistic Producer of Praxis Theatre & Co-Editor of praxistheatre.com, she led the Open Source Theatre Project for Section 98 at Harbourfront Centre, created the experimental Dungeons & Dragons (not) The Musical, was Artistic Producer of You Should Have Stayed Home, and Producer for Jesus Chrysler in Association with Theatre Passe Muraille. She will be producing their upcoming cross Canada tour of You Should Have Stayed Home in Whitehorse, Vancouver, Toronto, Montreal and Ottawa. She and Michael Wheeler were named Theatre VIPs for 2012 by Toronto paper, The Grid, after having been named “People to watch” that year by Torontoist.

Social media experiments include working as a consultant & online creator for the sold-out run of Michael Healey’s Proud and developing “The Brain”, the online counterpart for Liza Balkan’s Out The Window for The Theatre Centre’s biennial Free Fall Festival.

Aislinn is the recent recipient of a Canada Council for the Arts Professional Development grant as an Independent Theatre Producer. 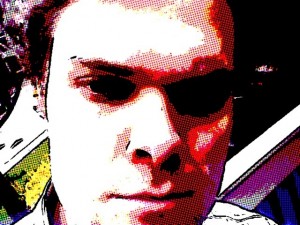 Simon is a director, actor and journalist. Most recently he directed Underneath with Praxis. Simon also directed Stranger and the company’s “Patron’s Pick” winning The Blood of a Coward.

As a performer, he played principal roles in Eugene, Checkpoint, and The Master and Margarita. In 2007, Simon toured Toronto’s parks with Stranger Theatre’s, The World Turned Upside Down.

Other roles include, “K” in Red Castle Inquiry and Richard in Richard III, directed by Yanna McIntosh. Simon has worked extensively with teacher and director Raymond Bobgan, Artistic Director of The Cleveland Public Theatre.

Simon is a graduate of Humber College Theatre School and is currently pursuing an Advanced Diploma in Journalism at Humber’s School of Media Studies and Information Technology. 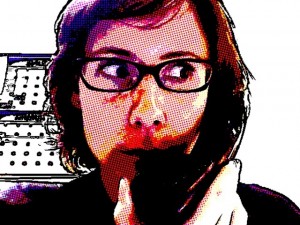 Margaret’s first association with Praxis was as an actor and producer of DYAD at the 2007 Toronto Fringe Festival.

She was the General Manager for Praxis Theatre from  2008 – 2010 producing Stranger, Tim Buck 2 (which she also performed in)and Underneath. She is currently starring in Jesus Chrysler.

She has produced for the Summerworks Festival, the Toronto International Fringe Festival, Nightwood Theatre, Theatre in Her Shoes and the Andrea Nann Dreamwalker Dance Company, among others.

Margaret’s screen credits include many short films as well as Spynet and This is Wonderland (CBC Television). Her first feature film The Last New Year premiered at the Victoria Film Festival in January of 2009.

Her theatre acting credits include Much Ado About Nothing (Cry Havoc) Jimmy the Cocksucker (Expanded Arts), Crossing Delancey (Encore) The Moon Bath Girl (Summerworks), Trying (Globus), and A Minor Symphony in Bees (Rhubarb). Margaret received a B.A. in History from the University of King’s College in Halifax, a M.F.A. in Acting from the Actors Studio Drama School in New York and completed the Acting Shakespeare course at the Royal Academy of Dramatic Art.