“In creating the man that we want to be, there is not a single one of our acts which does not at the same time create an image of man as we think he ought to be.  To choose to be this or that is to affirm at the same time the value of what we choose, because we can never choose evil.”

~ Jean-Paul Sartre, from the 1945 lecture “Existentialism Is a Humanism”. 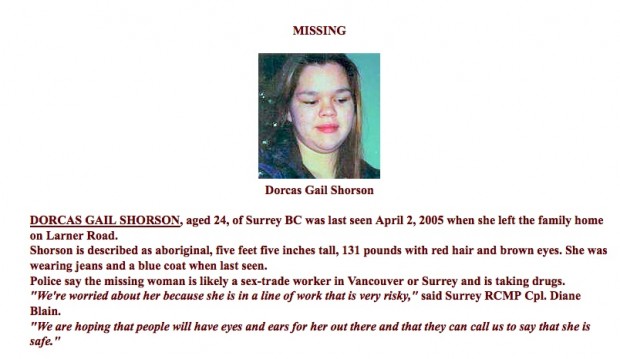 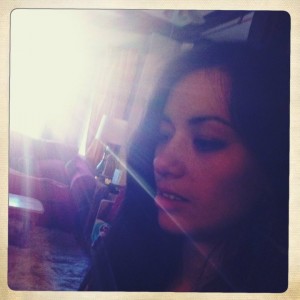 A play written by Tom Walmsley
Directed by Peter Pasyk

A hard tale of heroin addicts and hookers.

A portion of proceeds will be donated to the Centre for Addiction and Mental Health. 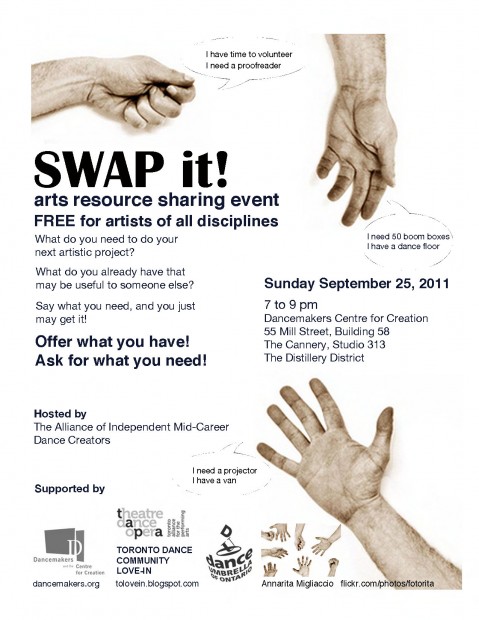 A resource exchange session is on this Sunday.
Any artist who as ever found themselves needing something specific for a process, workshop or show may have a new way to get their hands on those things without paying, but in the spirit of community, through offering something they might already have (and not use, or not use regularly) in exchange.

Come with a list of what you need and what you have.
Meet some other artists.
Work better with the resources we already have between us!
Don’t talk too much about Rob Ford.
And see you there.

Hosted by The Alliance of Mid-Career Dance Creators
Supported by The Dance Umbrella of Ontario, Dancemakers, TAPA, and the Toronto Dance Community Love-In

Praxis Theatre Artistic Producer Aislinn Rose will be Live Tweeting community deputations at City Hall today. Join in the conversation whether you are there too, or following along from home or work.

You Should Have Stayed Home on Rabble.ca

Nathalie Des Rosiers, General Counsel of Canadian Civil Liberties Association speaking at a post-show panel at after You Should Have Stayed Home at The 2011 SummerWorks Festival.

This summer I directed You Should Have Stayed Home, a play about theatre artist Tommy Taylor’s experience over 48 hours of the G20 weekend in Toronto presented at the 2011 SummerWorks Festival. While trying to return home from his first ever protest as a law-abiding citizen at the “Free Speech Zone” at Queen’s Park, Taylor was swept up in a mass arrest, caged with 40 other people in a 10ft by 20ft cage and denied drinking water until he passed out from dehydration.

Taylor contacted me in February to talk about collaborating on a piece of theatre adapted from his Facebook note, How I Got Arrested and Abused at G20 in Toronto. Having read the post, I knew the story presented an excellent opportunity to dramatize and address the deterioration of civil rights in Canada.

Click the logo to read the rest of the article on Rabble.ca 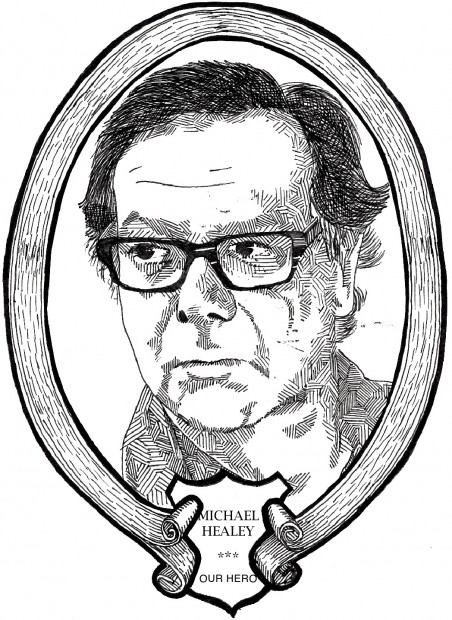 For the inaugural edition of our new series Culture Heroes by Jody Hewston, we look back at the past few months, and declare Michael Healey our clear Culture Hero of Summer, 2011.

In response to the Canadian Heritage department cutting its funding of Toronto’s SummerWorks Festival, Healey put out a call to action for all Artistic Directors of theatre companies that receive federal arts funding to come together in an act of solidarity for freedom of speech. His words were straight to the point:

If you find yourself anxious about the potential ramifications for your own company’s federal funding as a consequence of taking part in this demonstration, I can think of no better reason for participating in it.”

You can read an analysis of the SummerWorks Homegrown controversy here on the Praxis blog. Michael Healey’s own words in the Globe & Mail can be found here, and Globe theatre critic J. Kelly Nestruck’s views on the matter here. A great backgrounder on the story, as well as a list of the companies who answered Healey’s call is available here on the Wrecking Ball blog. 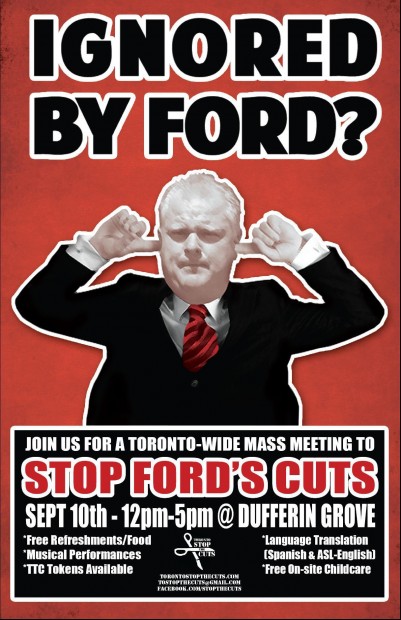 Earlier today, a communiqué was released because The City of Toronto appeared to be trying to shut down a meeting in Dufferin Grove Park, organized by the Toronto Stop the Cuts Network.

The meeting was intended to bring Torontonians together for refreshments at 12pm, and then break into smaller groups from 1pm to 5pm to come up with a “a clear set of demands to deliver to City Hall”. The Facebook event can be found here.

The Toronto Stop the Cuts Network, a group made up of community organizations and individuals, released this statement:

In a blatantly anti-democratic move that smacks of Rob Ford’s authoritarianism, Toronto City is attempting to stop the Mass Meeting to Stop Ford’s Cuts from taking place. The city is shutting down programming at Dufferin Grove Park, where the meeting is scheduled from 12pm to 5pm on Saturday, September 10. Organizers from the Toronto Stop the Cuts Network say they are expecting thousands of residents to attend, to write a Toronto Declaration, ‘a vision for the Toronto people need and deserve’.

After a call to Councillor Ana Bailão’s office, I learned that the Toronto Police had issued a demonstration alert, and that the plan to close the park and its services was seen by the City as a “safety measure”. However, Bailão’s office felt this was unacceptable, and have ensured that the park will instead by kept open all day.

The park’s regular services will also be running in the morning and in the evening, but will be stopped only during the 5-hour meeting organized by Stop the Cuts. Bathrooms, however, will also be kept open during the meeting.

When asked why a demonstration alert would be issued for a meeting, Bailão’s office said they also believed the event to be a meeting rather than a demonstration, but that postings about the meeting on other sites had raised concerns.

Let us know your thoughts on these issues in the comments section. We also welcome anyone who has any updates regarding Stop the Cuts and their meeting in Dufferin Grove Park, to post them here.