The Canadian Blog Awards have announced their initial nominees for 2008.  In the Best Cultural/Entertainment Blog category nominees include Resettle THIS!, Dead Things ON Sticks and Department of Culture. There are only two days left to cast your vote.

Here’s how the winner will be determined:

Congratulations to all the nominees! 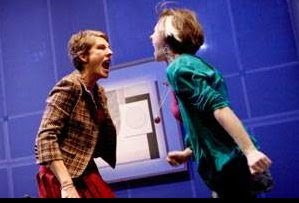 The piece discusses her work with London England-based and human rights-focused theatre company iceandfire and their outreach initiative, Actors for Human Rights. Their method is a “rapid response” that uses churches, pubs and everything in between “rushing the urgent news to audiences who need to hear it now”.

Her post is a direct response to a critique of the new David Hare play Gethsemane published in The Telegraph. In it, critic Dominic Cavendish, founding editor of theatrevoice.com, argues that political theatre is too slow a medium as a producing model to respond quickly enough to current events. He expands his critique of English political theatre further:

“But to many of us, idealism has been precisely the problem. There has been too much cavalier self-belief, too much succumbing to the messianic credo of “social justice”. Many of my generation, not Sir David’s, want less fervour and more common sense – and want fiercer material from our playwrights to puncture the complacency of those baby boomers at the top of the tree.”

Does the time it takes to fundraise for and produce theatre make political theatre obsolete? Is there a developing generational split in terms of what what and how political theatre should critique? What’s different about the relationship between politics and theatre in Canada? 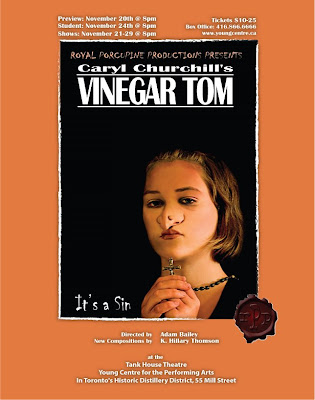 Vinegar Tom
Who: Royal Porcupine Productions
Where: Tank House Theatre, Young Centre For the Performing Arts, Toronto, Canada.
When: November 21st- 29th @ 8pm.
What: Vinegar Tom is the story of a small town whore, her mother and a married friend who gets an abortion, all set during the witch hunts, while making modern day parallels with the aid of contemporary music.
Why: Caryl Churchill wrote this play at the height of second-wave feminism. It’s still relevant. Come see why.
Web: Ticket info: www.youngcentre.ca

The theatrosphere has been having those “What have we become?” moments spurred on by a seemingly innocuous post by Tony Adams on the lack of content about what actually appears onstage in the theatre-focused online community. The post was motivated by comments made by Tony’s friend Chuy, paraphrased as:

The post generated a firestorm of responses, none of which challenge the thesis that theatre blogs are much more focused on the meat and potatoes of producing work than the actual content of the work on stage.

Is there not enough content about the actual content of theatre online? What can be done to encourage more discussion of the craft without alienating other artists? What other barriers are there to communicating more about art and less about the business of creating art? 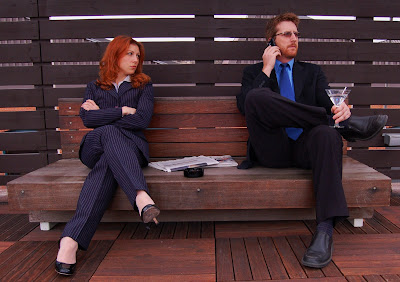 What: Soulless reflects the harsh realities of urban gentrification in a society already separated by materialism, self-centredness and general apathy towards the fellow human.
Why: It is current, accurate and cuts right to our souls… or what is left of them. 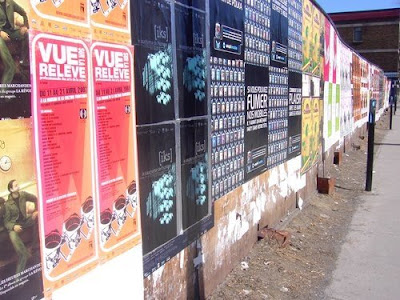 Image by Vieux Bandit licensed under the Creative Commons.
Introducing a new standardized method for how independent theatre producers can promote their work on Theatre Is Territory:
If you would like your show info to be posted, provide the following info in the manner prescribed below. No promises that every project submitted will be posted, but there is no charge for this opportunity to increase the profile of your production. Although Theatre is Territory is Toronto-based, it has an increasingly global readership. Feel free to submit work from any location on earth.
The idea behind this project is that it will become a resource to independent producers to increase the profile of their shows.  These producers are almost always working with razor thin budgets outside of any subscription series. They rarely have full page ads in weekly papers and posters on the way to every restaurant bathroom. They could really use a little free publicity.
Occasionally there will be a post about an exciting high-profile production, but in general this is an attempt to even the public awareness playing field, while letting our readership know about shows they might not be aware of.

Send an email to: theatreisterritory (at) gmail.com
Subject heading: Praxis Blog: (Name of Your Show) Just The Facts

Attach two files to the email:

A single jpeg image no more than 300KB in size.
(Horizontal images work better in this format.)
2
A Microsoft Word document that has the following information in the order provided below:
* Show name
* Company name
* Performance location (name of theatre, city, country)
* Opening date and closing date
* What the show is about in 40 words or less
* Why someone should experience this production in 40 words or less
* Website for more info
* Phone # and/or website to purchase tickets
Tweet
November 16, 2008, by Praxis
4 comments

The Duke of Praxis 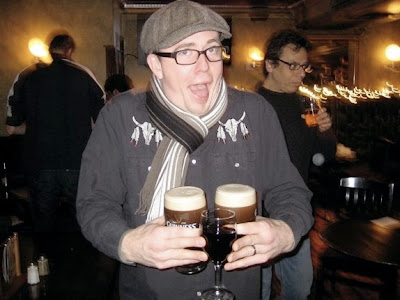 Cheers to everyone who braved the first truly terrible weather of the season in Toronto to join Praxis Theatre at the Duke of York on Saturday night. There was a great turnout, it was a good time, and there are pictures to prove it. 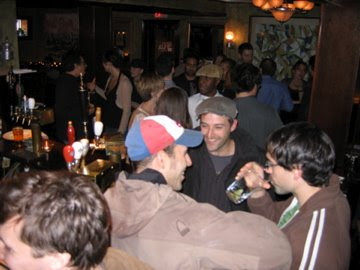 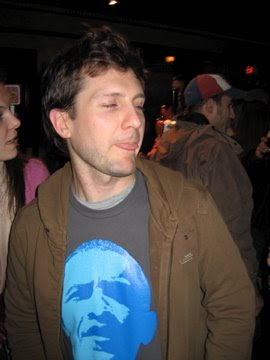 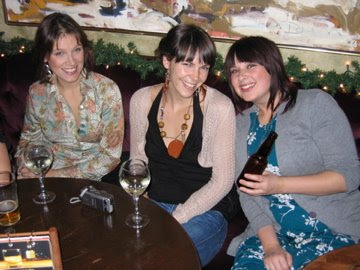 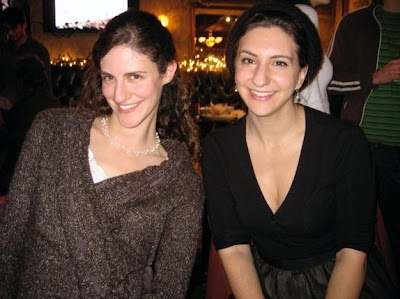 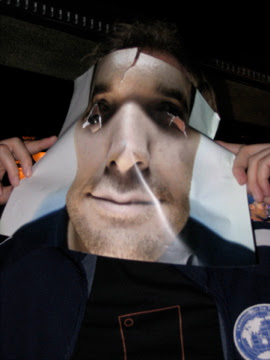 Please join us this Saturday night . . . 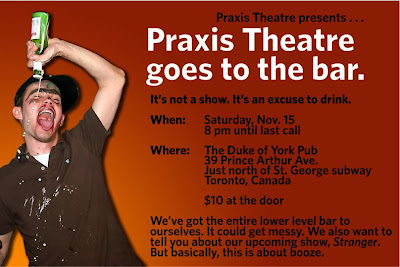 What’s the deal with being an actor in Tokyo? 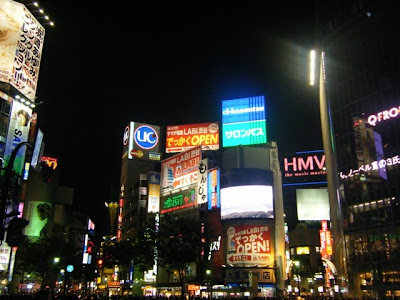 An English-speaking-ex-pat acting primer for Tokyo

• In Tokyo, acting and modeling are basically considered the same thing.

• Anyone coming to town with some kind of work visa can get an agent, most foreigners have more than one agent, and I’ve heard of people signing up with over twenty different agencies, however Japanese citizens can only have one.

• Once you have an agent, you’ll get emails on your cell-phone with an exact amount the job pays and asking you if you’re available for auditions on certain dates.

• Once you confirm your availability they send your headshot in to the casting agent for “picture selection”.

• If you make it past picture selection you go to the audition, usually with a manager from the agency who acts as your translator and who also works out the details for you.

• Then if you get the job, you show up on the day.

Almost all work is acting in commercials. Although most Japanese can read advertisements in English, few can hold down a conversation, and most would be lost listening to English dialogue. The English-speaking actor in Tokyo is essentially a model paid to draw attention to products. Film and TV work is basically nonexistent, save for extra work and embarrassing guest appearances on variety shows. 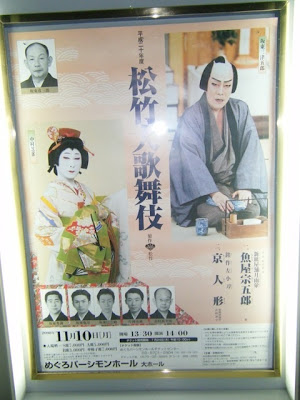 Theatre in Tokyo is similar to that in many other major cities. Japan has it’s own casts of Lion King, Cats and a host of musicals running endlessly. There are major houses doing translations of Ibsen and Shakespeare, traditional Japanese Kabuki and Noh plays, but as far as I can tell there’s not a single theatre job to be had for an English speaker in this town of 30 million people. The only agency that mentioned covering English speakers for theatre was a note on a list that said, “ask about theatre” next to the agency name.

There are of course, international touring companies, which perform in English, or without language, such as the new Cirque de Soleil show “Zed”. But for the most part, people are busy, life is expensive, and renting a space, rehearsing (i.e. not working a regular job), and producing a show is an expensive undertaking when your audience may not understand your carefully worded award-winning masterpiece that is basically all dialogue. Movement theatre would be the best way to go, and the Japanese already have the singular Butoh.

As for indie theatre in Tokyo, my next step is to visit a trendy neighborhood called Shimokitazawa. I’ve heard there are some signs of a somewhat indie-theatre community. I’ll investigate and report back. Benjamin Johnson is a screenwriter and graduate of Canada’s National Theatre School, currently living and working in Tokyo.
Tweet
November 7, 2008, by Praxis
12 comments 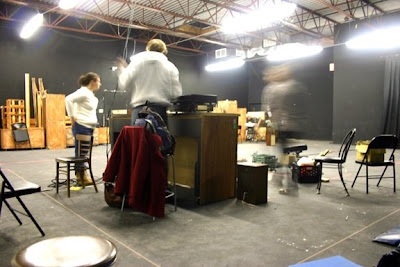 So. What the fuck is going on with this blog?

Things have been a bit slow around here lately. It’s my fault. After more than two years, 426 posts, 78 “10 questions” interviews, and more comments section brawls than I can count, I must admit that my capacity for pumping this stuff out is waning. I still love theatre and theatre blogging. But resources are finite, and there are other projects on the horizon – not the least of which is my role in marketing Praxis Theatre’s upcoming production of Stranger, by far our most ambitious show to date.

That said, I am thrilled to announce that starting next week there will be a new voice, and a new energy in this space. If you’ve been a regular reader or commentor, you already know Michael Wheeler and his frequently insightful contributions to this blog. As a commentor, and occasionally as a guest poster, Michael has been a big supporter of this blog since its inception. He also happens to be Praxis Theatre’s Co-Artisitic Director.

Michael will now join me in the day-to-day posting at this venue. In the spirit of its origins, all posts will continue to be signed “Praxis Theatre”. Some will be written by Michael, some by me. Ultimately, and if we’re doing our jobs, it shouldn’t really matter who’s writing the posts. It’s not about Praxis Theatre or about one writer’s voice. It never has been. We’re interested in the big ideas. In learning more from our industry peers. And in being a thoughtful and relevant part of the conversation. Michael’s a great fit and I thank him dearly for caring enough about this project to step up when it needs him most.

So let’s see where this takes us. For my part, I’m looking forward to continuing the “10 questions” series. I want it to be good. So I may take another couple of months off interviewing to recharge and recalibrate.

Thank you kindly for your patience through this transition. And thanks to everyone who has contributed to this conversation so far. I am humbled by your generosity and wisdom.

Obviously, there is plenty more we need to figure out.