Watch the above video to hear from CCLA’s Abby Deshman Director, Public Safety Program on G20 Toronto, policing at protests and You Should Have Stayed Home.

Praxis Theatre is thrilled and honoured to be partnering with The Canadian Civil Liberties Association throughout our National Tour of You Should Have Stayed Home, written and performed by Tommy Taylor.

The CCLA has messaged members through email and social media encouraging participation in staging the play, and has partnered with us to create panel discussions on broader issues facing civil liberties in several of the cities we are travelling to.

The first of these panels will take place in Vancouver at The Firehall Arts Centre after the October 3rd 8pm performance.

Praxis will be livetweeting the discussion via the #G20Romp Hashtag: 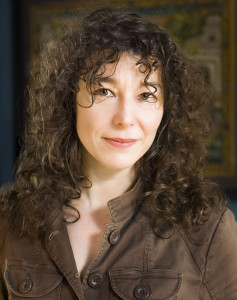 Micheal Vonn is a lawyer and has been the Policy Director of the BC Civil Liberties Association since 2004.  She has been an Adjunct Professor at the University of British Columbia (UBC) in the Faculty of Law and in the School of Library, Archival and Information Studies where she has taught civil liberties and information ethics.

She is a regular guest instructor for UBC’s College of Health Disciplines Interdisciplinary Elective in HIV/AIDS Care and was honoured as a recipient of the 2010 AccolAIDS award for social and political advocacy benefitting communities affected by HIV/AIDS.  Ms. Vonn is a frequent speaker on a variety of civil liberties topics including privacy, national security, policing, surveillance and free speech.  She is an Advisory Board Member of Privacy International. bccla.org 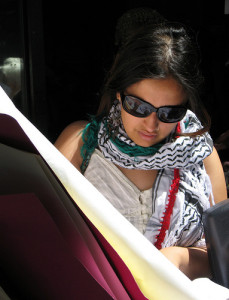 Harsha Walia is a South Asian activist, writer, and researcher based in Vancouver, Coast Salish Territories. She has been active in grassroots social movements for over a decade, including with No One Is Illegal, Women’s Memorial March Committee for Missing and Murdered Women, Radical Desis and more.

She was one of the many leading up to both the Anti-Olympics Convergence and the G20 Protests in 2010, facing arrests and trumped charges at both. Harsha has been named one of the most influential South Asians in BC by the Vancouver Sun and Naomi Klein has called Harsha “one of Canada’s most brilliant and effective political organizers.” Her first book Undoing Border Imperialism is forthcoming in November 2013 by AK Press. Find her @HarshaWalia. 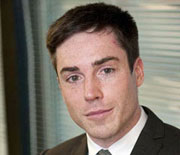 Greg McMullen is a litigation associate with Branch MacMaster. He focuses on class action work concerning privacy and access to information. Greg was one of the organizers of the BCCLA’s Legal Observer Program during the 2010 Winter Olympics, which trained more than 400 citizen-observers to record police interactions with the public (and especially with protesters) during the 2010 Games..

He is also on the Board of Directors of the BC Civil Liberties Association, and authored the BCCLA’s Electronic Devices Privacy Handbook.

Tommy Taylor is a theatre artist, activist and NGO fundraiser living in Toronto. Recently Tommy was assistant director/video designer on The Belle of Winnipeg (Dora Winner), adaptor/director of Dear Everybody at the CanStage Festival of Ideas and Creation and director of Kayak at The SummerWorks Festival. He is a graduate of the Centre for Cultural Management (University of Waterloo/ CCCO), The Vancouver Film School and Humber College’s Community Arts Development Program.

Tommy was arrested (but never charged) and detained during the 2010 G20 Summit in Toronto. He has since turned his account of the experience into You Should Have Stayed Home. The show is on a cross-Canada tour for Fall 2013, playing in Whitehorse, Vancouver, Toronto, Montreal and Ottawa.

and in and out of weeks
and almost over a year
to where the wild things are.

till Max said “BE STILL!”
and tamed with the magic trick

and made him king of all wild things.

“Now stop!” Max said and sent the wild things off to bed without their supper.

And Max the king of all wild things was lonely and wanted to be where someone loved him best of all.

~ Where The Wild Things Are, Maurice Sendak 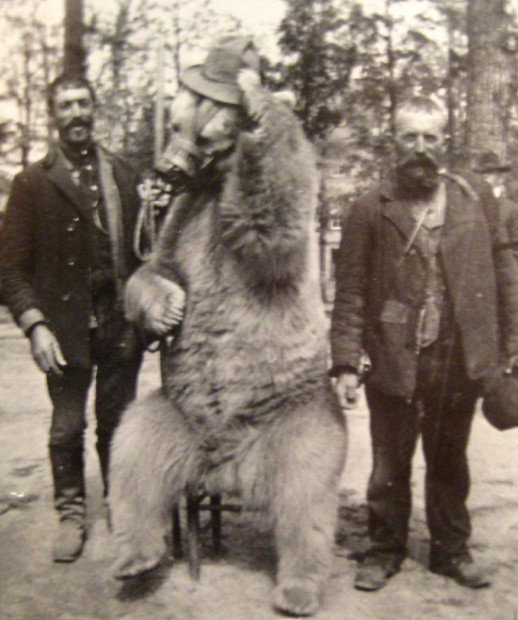 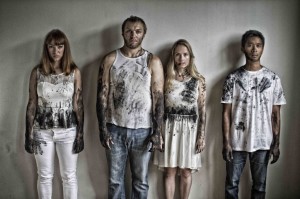 #G20Romp News from the road: Whitehorse 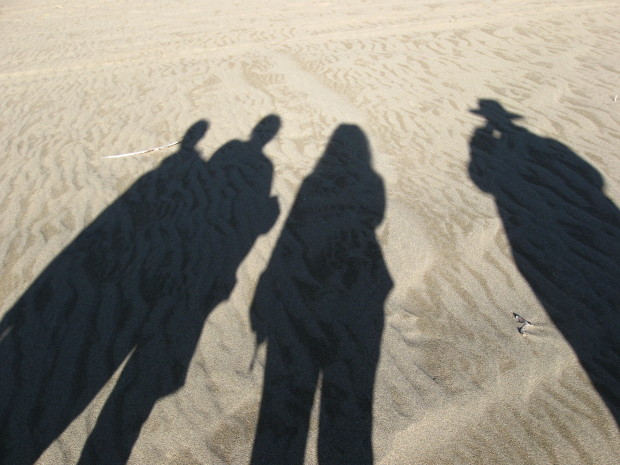 The #G20Romp team in Carcross Desert – the smallest desert in the world, Yukon

We’ve just arrived in Vancouver from Whitehorse, after an incredible week touring our #G20Romp, You Should Have Stayed Home, to The Yukon.

I have to admit we were all a bit nervous about whether we would find enough detainees from the Whitehorse population to join Tommy in his cage during a pivotal scene in the show. I’m happy to report we had am amazing turnout of over 50 participants over the course of 4 shows, many of whom participated in several, or even all of our performances at The Yukon Arts Centre. With daily rehearsals before each performance, we were able to incorporate new participants for each show, including audience members who felt compelled to take part after hearing Tommy’s story.

Many thanks to the participants of Whitehorse:

Big thanks to our Toronto-based participant coordinator Scott Dermody for helping to make all this happen.

A major thank you is also owed to YAC Artistic Director Eric Epstein and Associate Artist Erin Corbett of the Yukon Arts Centre, who were incredible hosts and truly went above and beyond to make the show a success.

Having demonstrated many superhero skills over the week, Erin even looked after the children of some of our detainees one night to ensure the Wheelers of Dawson City could participate in the show. We were also thrilled to have Eric join the show as a detainee not once, but twice during the run. This tour would not have been possible without our first invitation from Eric Epstein after he saw our original production at SummerWorks in 2011.

Of course, while we were in The Yukon, it was a mix of work, rehearsals, performances, travel, and planning for the other stops on our tour. We each took photos as we made our way, and we’d like to share some of our favourites with you here: 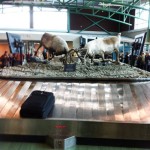 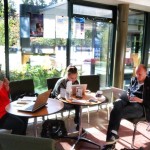 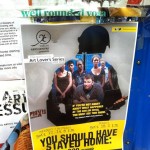 We spotted the Yukon Arts Centre’s awesome poster all over town! 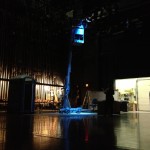 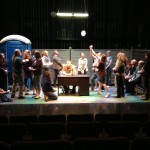 Our volunteer detainees play a game of condom ball 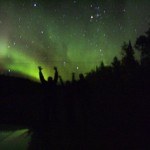 The Nothern Lights came out for opening night 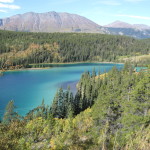 On the way to Carcross we came across Emerald Lake… 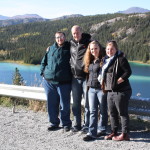 We met some German tourists who took our photo by the lake. 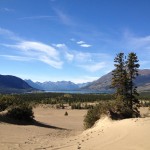 Stopped by the smallest desert in the world. 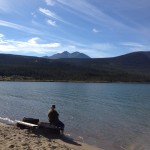 Ended up in Carcross to enjoy the view. 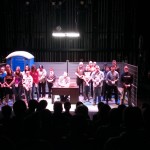 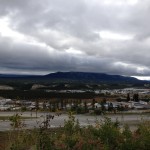 Even on a cloudy last day, the view of Whitehorse from the Arts Centre is amazing 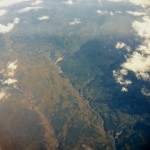 Our view from the plane as we fly away. 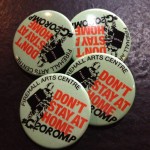 We’re looking forward to our weeks ahead in Vancouver at The Firehall Arts Centre, before we head back for a Toronto run and then Montreal and Ottawa. We can still use your help to make this entire tour possible. Check out our Indie Go Go campaign here to make a $10 donation. Every $10 helps!

Ready to hit the studio and shit all on your mixtape
Nah, literally, shit all on your mixtape
Wipe with the credits, leave stains on the Jewel case
In just two takes, dog, the booth’ll get souffléd
You’re hiding something like a toupee
Truthfully, my friend: touché
You gon’ get exposed like an up-and-coming model
And to me your label seems like one of them pageant mommas
So guess who’s the little bitch? That’s you
You must suck a lotta dick: That’s true
~ Danny Brown 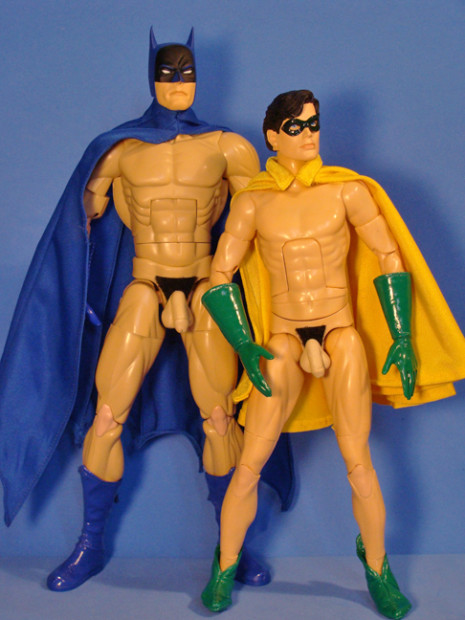 Join the #G20Romp across Canada 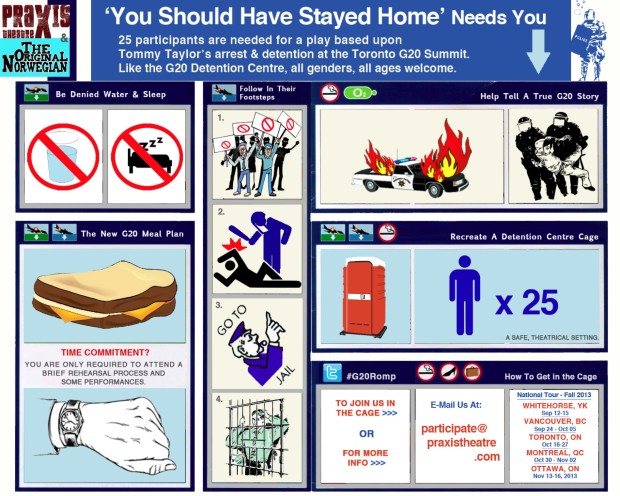 Praxis Theatre is thrilled to announce their upcoming presentations of You Should Have Stayed Home, the staged adaptation of Tommy Taylor’s viral Facebook note, How I Got Arrested and Abused at G20 in Toronto. The show is a one-man piece of storytelling in the tradition of Spalding Gray, as Taylor recounts 48 hours in his life as a citizen on the streets and eventually caged in the detention centre.

Part-way through the narrative, there is a scene that incorporates up to 25 participants that can be played by actors and non-actors when the action arrives at a cell in the Eastern Avenue Detention Centre.

In order to incorporate each community on every leg of the tour, Praxis is proud to be working with the support of the Canadian Civil Liberties Association, Council of Canadians and Amnesty International Canada’s Community Groups, Action Circles and Youth Activism branches, who are putting calls out for participants in each of the cities we visit.

Participants only need to attend one or two short rehearsals and as many performances as can be accommodated by their schedules. 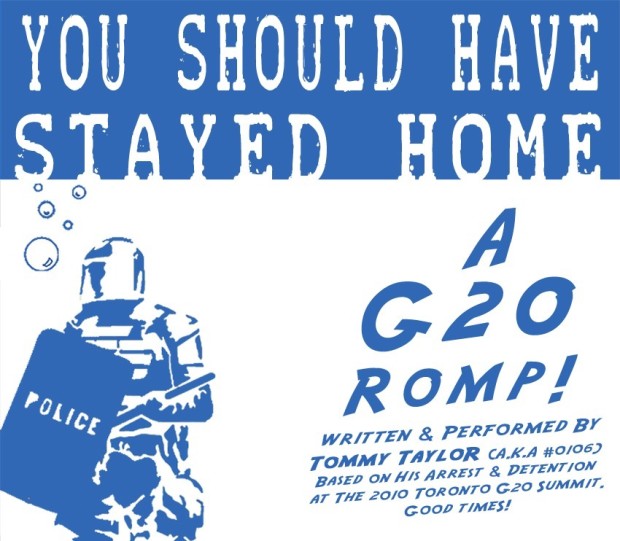 You Should Have Stayed Home is a play about Tommy Taylor’s experience over 48 hours at the 2010 G20 in Toronto. While trying to return home from his first ever protest as a law-abiding citizen at the “Free Speech Zone” at Queen’s Park, Taylor was swept up in a mass arrest, caged with 40 other people in a ten foot by twenty foot cage and denied drinking water until he passed out from dehydration.

Taylor’s Facebook note, How I Got Arrested and Abused at G20 in Toronto went viral in 2010 and has since been translated into seven languages and appeared in twenty-one countries – a detailed, frightening and often funny account of the largest mass arrest in Canadian history. Tommy’s story has been covered by national and international media, including a Gemini-nominated CBC documentary named after the production.

After winning the largest cash award at the 2011 SummerWorks Festival, and becoming one of the festival’s highest grossing shows, Praxis Theatre is about to embark on its largest project ever: a cross-Canada tour to Whitehorse, Vancouver, Toronto, Montreal, and Ottawa. 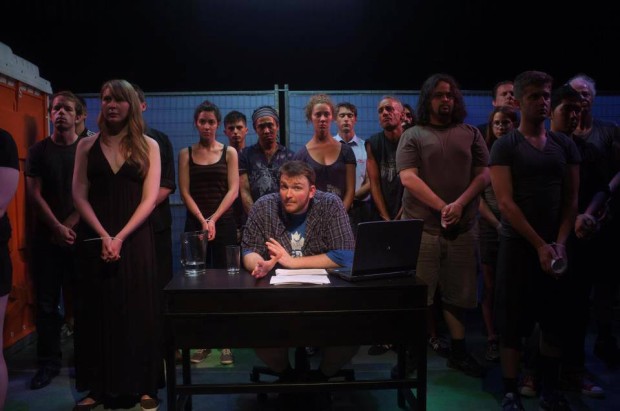