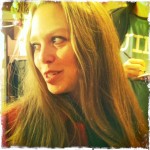 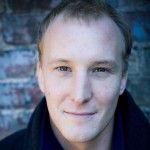 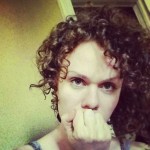 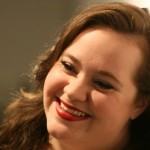 This week we have been studying Social Design for directors at The National Theatre School. Social media as a tool for discussion eventually (immediately) brought us to the ongoing controversy surrounding when critics are invited to Opening Night at Factory Theatre. We asked Aislinn to have a google chat with us about it as she is the producer of the first show in the Factory Theatre season: The Art of Building a Bunker.

Ok so i got my invite to

The Art of Building a Bunker Opening today

Well, it was a collective effort, given that this production is a partnership between Factory and Quiptake.

Essentially, we each created a list and then mashed them together. (Lots of duplicates of course.)

On our list, I specifically wanted to invite people who had spoken publicly about the SummerWorks productions, even if it was “I still don’t know how I feel about this show”.

Carly, Tanya and I  have been talking about Social Design all week.

Due to it starting on social media

At least some people are laughing about it. Phew.

i was curious about the thought process you had before entering into that HUGE Twitter discussion. Did you imagine it turning into such a big discussion, or were you just simply responding how you felt in the moment?

Ah, yes, to respond or not to respond. (I actually had to walk away from my desk today rather than comment on something.)

I saw what I thought was an unfair comment about something (and a comment I found rather flippant, about a decision that wasn’t made flippantly) and so I decided to respond. I certainly didn’t think it would become my next five days.

That actually leads into what we’ve been curious about, which is why/how/when the original decision was made.

There was a great meeting of representatives of all the companies who are part of the Factory season (except Ronnie, who’s on tour). It was an opportunity for all of us to get together, introduce ourselves, hear a little about what they had in mind for the next several months, and also pick our brains. Essentially we were in a room to say “we are the Factory season”. I thought it was a great idea.

At that meeting, the idea of a “new” kind of opening night was introduced. Nina said she was interested in changing what opening were about and who they were for.

It came down to wanting opening nights to be a great fucking night for the artists, and (as I put it) an opportunity for Adam, in the case of Bunker, to stand in front of an audience of peers, of fellow artists, of friends, family, people he admires, etc. to say “this is my show, I wanted to share it with you first”. It wasn’t going to be about impressing the critics you know are all sitting there with press kits on their laps.

And, you know, we’ve ALL heard critics complain that openings aren’t great opportunities to feel the real show anyway, because of the audience being stacked with friends.

i prefer press kits to be a USB now.

We didn’t think it would be a big deal.

Sorry…but…is that really what the artists felt like those nights were? My impression from my own experience has always been that openings were a big industry love fest night

Sure, there’s the love fest… but there’s always also been the stress of who’s out there.

There’s a reason many actors don’t want to be told when press are in the audience.

I mean i get it – the first rule of praxistheatre.com was no reviews

and it is a good rule Mike

so i understand how a critical voice changes a dynamic

But lets take Nestruck for example

He was a critic at McGill when i was an undergrad

He was a crtic at Fringe in my 20s

Now he’s a critic in our professional theatre

I can’t really imagine him as not part of the community,

(even when he torches one of our shows)

Right, but why make it about the exclusion of critics rather than making a separate community celebration if that is the goal?

I thought that’s what we did… but we didn’t call it community night.

We called it our opening.

And then Media Night was created, to coincide with subscriber night, to give critics the opportunity to see the work with a regular ticket-buying audience.

And part of the reason it was scheduled for a Tuesday was that it was thought Tuesday would be a great night to be able to get the press there together (because Tuesday isn’t such a busy night).

I also wouldn’t use the term “exclusion” of the critics.

It is really great to hear (read) this with such clarity, the press release and other media surrounding this topic have not come across so reasonably.

Hurray for clarity! (And thanks.)

I argue with the exclusion part though. Not inviting someone to any event is excluding them from the event

There was the notion of wanting to slightly delay the entry of the “official” critical voices into the conversations happening around the show.

this is a bad metphor

its an ecology not a family

what kind of conversation do you imagine happening by adding this delay?

I want to point out the fact that Kelly himself has accused other critics/bloggers of becoming “too embedded” when they’ve disagreed with him on this issue.

@KarenFricker2 Timeliness, independence, relevance… You’ve embedded too far, Karen. How could this possibly be beneficial to our readers?

So he, too, seems to understand that he’s part of the community… but that he can’t become too embedded.

Okay, back to the conversations…

We talked about how – sometimes – public conversations can become limited once the voice of “authority” enters the picture. And, as I’ve mentioned to people online, I don’t use the word “authority” because it’s accurate, but because that’s sometimes how it is perceived: that mainstream media (MSM) are the voice of authority.

This situation alone has shown me again that people are reluctant to join a public conversation if it goes against something the critics are talking about.

But in what forum would these conversations be taking place? (I’m on board with the idea of this “voice of authory”, but without providing a space for people to discuss, I’m skeptical about what critical discourse is going to happen on twitter…etc)

Yes and Holger Syme has already pointed this out, but the conversation on social media about shows sucks. without the critics it’s a bunch of selfies and GREAT SHOW GUYS!

So while we want the contribution of critics at the table, we were hoping their voices could be added to an already engaged discussion.

There are a number of platforms that we’re looking at (all of which would be of interest to people studying social design).

and who is starting the conversation?

So we’re trying to find spaces online and off, where people can comment, questions, argue with the show. We’re going to try to move as much of the conversation to the interwebs as possible through twitter and a message board, but we also want to find ways to communicate with people who don’t want to use those platforms, or who want to engage anonymously.

Yes… twitter is a challenge specifically because of the limited number of characters.

However, it also offers that awesome tool of the hashtag to create much longer conversations with many more characters.

i am worried about the anonymous option, but still interesting

i showed these guys the open source feedback i did with Tara Beagan after she enjoyed and did not parts of Rifles.

So, as a super basic thing, we want to share our hashtags in as many places as possible, and teach people how to use them. It will help us track down the comments that are being made publicly, and help us draw out further responses, whether it’s through asking questions, probing for more detailed comments, etc.

we were just told to read Charlotte’s Web

If I think back on the SummerWorks production, people were posting great feedback all over facebook and twitter, and I collected as many of those responses as possible. What I would want to do now, with this opportunity, is go back to those commenters and try to draw out more information.

but was anyone tweeting negative things? I think regardless of critics people are unlikely to post their negative opinions…unless they were truly incensed by something

and would you talk to those people?

But I also want there to be a physical space in the theatre itself where people can “post”… so we’re looking for an actual wall… leave the creators a question, tell them you think they’re racist, tell them what you didn’t understand, etc.

I would love to talk to the people who hate the show. And I did at the time.. or maybe not “hated” it, but were worried about it.

In fact, I can think of someone in particular who would be a great person to curate a response from. (Though, if you ask Holger, he says theatre companies have no business curating responses.)

Would you have gone about this differently in retrospect – or is the controversy just an essential part of making big changes?

Well, I’ve been thinking about this a lot lately. I’m feeling unsettled (and actually sent a facebook message to my favourite tv critic who came out against what Factory was doing because I wanted him to understand my position).

However. I think, in retrospect, we might have communicated it differently to the press. But I want to be clear: it’s not about asking permission. Permission isn’t needed. But it would be about contacting them to say, “this is what we’re doing and why. We’re trying it with this show, and if it helps us build greater conversations than we’ve seen in the past, we’ll consider trying it with the rest of the shows”.

I’ll say this: I’m a little broken-hearted that Adam isn’t getting the opening night I imagined for him. But it doesn’t matter… he’ll kill it.

Yes he will. As I already tweeted “ADLaz Born Ready”

Thanks for sharing with us

We’re going to go put this into WordPress now

No worries, thanks for the great questions.