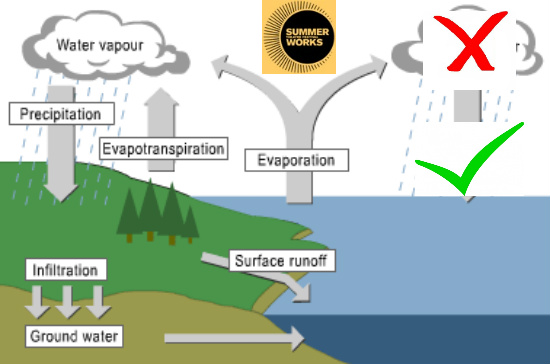 Last week saw freedom of speech and federal support for the arts come under unprecedented attack by the Harper Government when the Summerworks Festival had its Heritage Department funding pulled with no information given as to why.

This follows a series of co-ordinated attacks on the festival by SUN Media and even The Prime Minister himself, some of which I wrote about last August, when the performance of the play Homegrown by Catherine Frid, about a lawyer’s relationship with a man convicted of terrorism, was being used as a smokescreen to deflect attention from public outrage over the discontinuation of the long-form census.

“One thing I’d say, and maybe it’s different than it used to be, is we actually don’t believe in festivals and cultural institutions assuming that year after year after year they’ll receive government funding. They ought not assume entitlement to grants … no organization should assume in their budgeting that every year the government of Canada is going to give them grants because there’s lots of competition, lots of other festivals, and there are new ideas that come along. So it’s a good idea for everyone to stay on their toes and not make that assumption.”

While it may seem reasonable to suggest that arts organizations shouldn’t simply expect automatic renewal of funding, there is no argument to be made for this kind of  cut to an organization with a strong record of meeting and exceeding its mandate, announcing consecutive years of record-breaking attendance and growth.

The cumulative message behind the Summerworks axe and the statement by the Finance Minister could not be more clear:

If you create work that critiques the Harper Government – we will take away your funding.

So begins what will likely be a challenging era for cultural institutions that are committed to making groundbreaking work which may (gasp) challenge the dominant value system – or just aren’t interested in being propagandists for a mean-spirited regime designed to respond to the commands of a leader who cannot tolerate criticism. When L’Etat C’est Moi is the rule of the day – and Moi has a big problem with people putting on plays about ideas he doesn’t agree with – Houston We Have A Problem.

Of course the argument is being presented that this is freeing up funds to support new ideas – but anyone who knows anything about the way the cultural ecosystem functions knows this is complete hogwash: Stripping Summerworks of $43,000 in funding to free up $500,000 for The Walk of Fame Festival is like declaring yourself pro-Rain, but anti-Cloud.

Even if we accept for a moment that promoting already famous people like Alex Trebek is a good idea that needs support from taxpayer dollars, how on earth do they imagine artists on very rare occasions become famous? They struggle to hone their craft in festivals devoted to groundbreaking work just like Summerworks, which has an extraordinary record as the birthplace for a number of the most exciting new works in Canadian performance. Last year’s Summerworks hit, Ride The Cyclone, recently announced an off-Broadway deal as a direct result of participating in Summerworks. 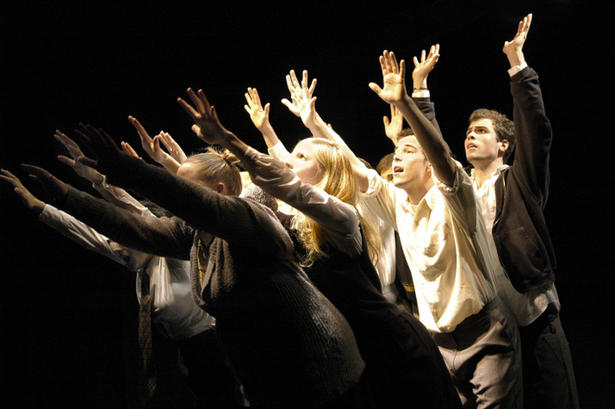 After traveling from Victoria BC to Toronto to participate in the National Series at Summerworks, Atomic Vaudeville's 'Ride The Cyclone' get a chance to take their show to NYC.

Almost none of the artists involved in Summerworks will be paid a living wage. Practically everyone doing a Summerworks show is working a second/third job and knows the best they can hope for financially is a small honorarium and that the show will go on to have a greater life after the festival. Everyone participating does it anyhow – because they know that Summerworks is an important place for new contemporary performance in Canada.

All of this is to say giving Summerworks the axe is an extremely poor approach to public policy and the cultural equivalent of poisoning the well.

The immediate impact of this politically motivated intervention in cultural policy is that ticket prices will go up and the marketing budget will go down. All tickets, including for the Praxis Theatre/The Original Norwegian Co-Pro, You Should Have Stayed Home, are now going up by 50% to $15. ($10 + $5 FST*) *Free Speech Tax. Summerworks is also in the midst of a grassroots fundraising campaign you can participate in here.

Canadian Actors Equity Association’s Executive Director Arden R. Ryshpan was the first member of the theatre community to respond to the situation with a statement released by CAEA last week:

“It is hard to interpret the Minister’s statement as anything but a threat and a potential ideological attack on the arts. I don’t recall seeing similar statements made about long-term government support to other industries such as forestry, fisheries or mining. Given that our industry is larger than all three of these sectors combined, we deserve better from our Government including meaningful consultation leading to thoughtful program change and development, if required. An off-the-cuff remark by a Minister alluding to substantial change of practice is shocking and imprudent.”

Artists across the country have also independently begun to respond positively and pro-actively to the situation. The Globe and Mail reports Western Edge Theatre in Nanaimo, B.C. will perform a public reading of Homegrown on July 15 with all proceeds going to The Summerworks Festival.

Multi Dora-winning Shaw and Tarragon playwright Michael Healey has sent out a call to action to all Artistic Directors of organizations that receive Federal arts funding to join Western Edge Theatre in performing a reading of the play, whether or not they participate in the fundraising initiative. Healey has offered to provide scripts and keep a list of participating companies so that the initiative can continue to gain momentum.

This is not the type of storm theat can be weathered by hoping they won’t come for you. Or if they do survive it that way – lets talk about how relevant the work those theatres end up putting on will be. Will Stephen Harper’s vision of Canada be the only art that forms partnerships with the government? The final sentence of Michael Healey’s message to AD’s of Canadian Theatres urging them to participate in a nationwide reading of Homegrown expresses best the necessity of a national response to this attack on Canadian culture:

“If you find yourself anxious about the potential ramifications for your own company’s federal funding as a consequence of taking part in this demonstration, I can think of no better reason for participating in it.”