Dungeons & Dragons (not) The Musical at the Toronto Fringe 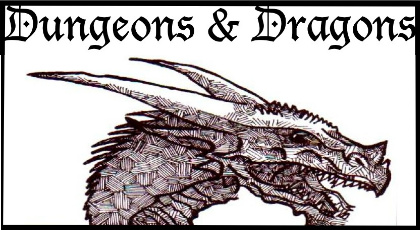 This July 1st marked the first Canada Day in four years that I did not spend in a marathon rehearsal session for a Toronto Fringe production. And yet, I do have a Fringe show this year… it’s just that I can’t exactly rehearse for it.

The premise started out simply enough: What happens when you put Dungeons & Dragons, a character-based role playing game, in front of an audience? Is it interesting? Does it become performative? How does the presence of an audience affect the playing of the game? And… how the heck do you play Dungeons & Dragons? I have no idea, and I want to find out.

Previously on this page we have described the project as “part performance experiment, part research project”. Well, as the idea developed, its inherent ‘liveness’ and unpredictability – the fact that the story is created on the spot through the collective imagination of its players – became very exciting, and I wanted to open up this experiment to other members of the theatre community. 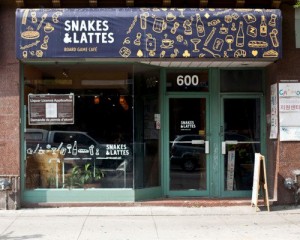 Enter Trevor Schwellnus and Lyon Smith, Dora-winning lighting and sound designers respectively. While lights and sound are usually fixed features in a theatrical presentation, with set levels and fade in and fade out times, Trevor and Lyon will be experimenting with creating live light and soundscapes for each of the stories as they develop. Trevor and Lyon are also D&D nerds from way back.

Over the course of the Fringe we’ll also get to see how different kinds of players and their different backgrounds affect the game, and what that will mean to their relationship with the audience.

Our first game on the 10th will be played by members of the theatre and improv community, all with a background in playing D&D. The team includes one of my Toronto improv favourites, Carmine Lucarelli, winner of a Canadian Comedy Award as part of the ensemble of Show Stopping Number: The Improvised Musical, as well as Scott Moyle, Artistic Director of Urban Bard Productions, and dramaturg Stephen Colella, among others.

The second game on the 14th will be made up entirely by members of Toronto’s gaming community. Big thanks go to Kate Bullock and the Toronto Area Gamers for fitting me out with players and our Dungeon Master.

Our third and final game on the 16th will see these two brands of nerd join forces for a final epic game. Don’t miss Praxis Theatre co-Artistic Director Michael Wheeler as he returns to his D&D roots, playing alongside award-winning playwright Nicholas Billon, and Dora-nominated actor (and everyone’s favourite guy) Colin Doyle. You can also catch Colin at this year’s Fringe in The Godot Cycle, and we thank them for not scheduling his performance during our game.

Finally, I’ve also invited visual artists of various aesthetic styles to join us in our adventures to live draw/sketch the scenes and characters as they develop. If you’re an artist, please don’t hesitate to bring your sketch pad with you.

Oh, and about our title? It’s possible Michael and I were being nerds of another kind that day. Hope to see you in the basement.