The Canadian Blog Awards have completed their final round of voting and our August 25th post, “Why Stephen Harper Will Continue to Attack the Arts” by Michael Wheeler was voted the #1 blog post in Canada in 2010.

Praxis also came second in the country in the Culture and Literature Category. Congrats to both Brain Droppings who took first place in the division and fellow theatre bloggers at ATP Insider who took third.

Sincere thanks to everyone who took the time to vote for praxistheatre.com! 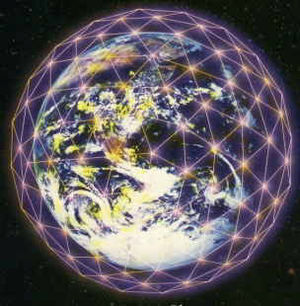 Halfway through the final round of voting for The Canadian Blog Awards, I thought is would be a good idea to point out that there are a good many incredible Canadian blogs that are not involved in the competition. Perhaps they are unaware, don’t care, or both. People use the internet for all sorts of reasons and having a blog is not necessarily a popularity contest.

Have you voted for praxistheatre.com yet today?

You can vote once every 24hrs from now until Wednesday at noon.

Here’s just some of the great blogs just from Ontario, in the realm of culture and/or politics, that I read from time to time that I noticed weren’t in this year’s competition:

Unedit my heart: Leah Sandals is a Toronto-based art critic. Her blog allows her to amalgamate all her writings for various media in one place as well as have a forum to publish the other art-related things she is thinking about. The comments section often erupts in genuine dialogue about the role and nature of art. As a theatre guy I have found this portal an interesting introduction to the Toronto art scene.

Mez Dispenser: Dave Meslin is a musician who plays with the Hidden Cameras and frankly Toronto’s most prolific activist. Amongst other activities, he is credited with being involved in the creation of the Toronto Bike Union, City Idol, The Toronto Public Space Committee, and RaBit. The blog is not updated regularly, as “Mez” is often being more effective as an organizer on Facebook where he has 3,122 friends. Still, a good blog to keep bookmarked as it has all the highlights of whatever he is currently engineering.

The Arts Policy Diaries: Shannon Litzenberger is a dance artist, writer, director and as well as the first-ever Metcalf Arts Policy Fellow. This means Shannon is an established creator and performer who is spending a lot of time exploring the relationship between arts policy and practice at all levels of government. As part of this Fellowship she is blogging about the issues and concepts she encounters. If you consider yourself a Canadian arts policy nerd – make this your homepage for the next year. It will make you happy.

Inside Politics (author0b70f): Kady O’Malley is one of CBC’s Ottawa based political bloggers and rumored to be the fastest operator of a blackberry keyboard north of the 49th Parallel. I was reticent to include a blog by a journalist that is hosted by a corporation, but decided to for three reasons: 1) Praxis Theatre is a not-for-profit corporation, 2) Susan Delacourt’s blog, who is essentially Kady’s contemporary at The Toronto Star, is also nominated in the “Best Overall” category of the CBAs, 3) Anyone whose live blogging of parliamentary committees can consistently make me squirt coffee out my nose gets special consideration.

Struts and Frets: Kris Joseph is an Ottawa based blogger, bon vivant, and an actor who performs frequently at The National Arts Centre. I feel like this blog is the closest thing there is to praxistheatre.com in Ottawa. It’s mostly about theatre, but like myself,  it seems Kris can’t help discussing politics from time to time. Kris is also the Chair of CAEA’s Independent Theatre Review Committee, which I just wrote about recently. He is a busy guy.

Theatre Ontario: If we’re going to list great somewhat-theatre-related blogs in Ontario, then imagine how pissed Communications Coordinator Brandon Moore would be if I skipped the Theatre Ontario Blog! This is where you can catch all the openings in the province each week, as well as news about who has won this award, and who got that residency, and all the other ephemera you’re probably silently keeping tabs on if you make theatre in Ontario.

The Old Soul: Amy Pagnotta is a musician, television producer, and actor who recently appeared in the hit indie film No Heart Feelings. I’ve been friends with Amy since 1999 when she was an assistant stage manager of McGill University’s undergraduate original adaptation of Gogol’s The Nose directed by Alexander Marine (which I still consider one of the top three shows I’ve ever acted in). This is a very cool blog that unlike the rest listed here, seems to have no particular agenda – other than providing Amy with a venue to express whatever is going on with her through words, image, sound and video.

praxistheatre.com advances to final round of the Canadian Blog Awards!

Thanks to you and your votes, praxistheatre.com has advanced to the final round of voting in the Canadian Blog Awards.  What is especially exciting, is that in the first round we came out at the top of the polls in the Best Blog and Best Blog Post categories, and in 2nd for the Best Culture & Literature Blog.

What does this all mean?  Well, we still need your help.  Voting for the 2nd and final round is on, and you can vote for us EVERY DAY, and on your smart phones too!  We’ve got some stiff competition in that Culture & Literature category, as the defending champions we are trailing currently and could really use your vote(s).

You can find all three polls below. Would you consider making this post your homepage for the duration of this round, which ends on October 26th at noon? That would be the easiest way to remember to vote each day.

But let’s not forget: one of the reasons they have this competition is to bring new readers to new blogs, so you can find the complete list of finalists here. 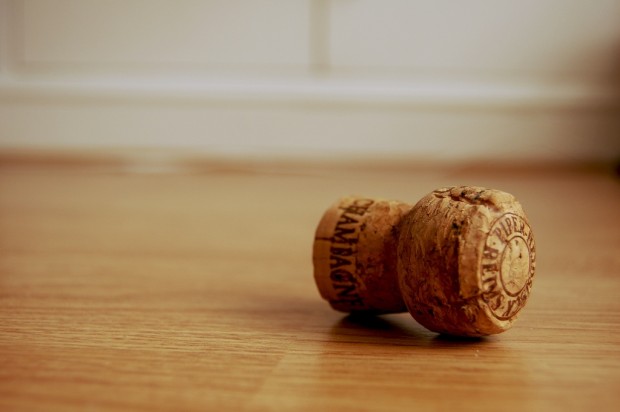 This week praxistheatre.com was voted the #1 Culture and Literature Blog in Canada in the 2009 Canadian Blog Awards.

We are super-happy about this and really appreciate everyone who participates with the company digitally and in reality.

Thank you in particular to these people:

Happy Holidays to all!

praxistheatre.com advances to final round of 2009 Canadian Blog Awards 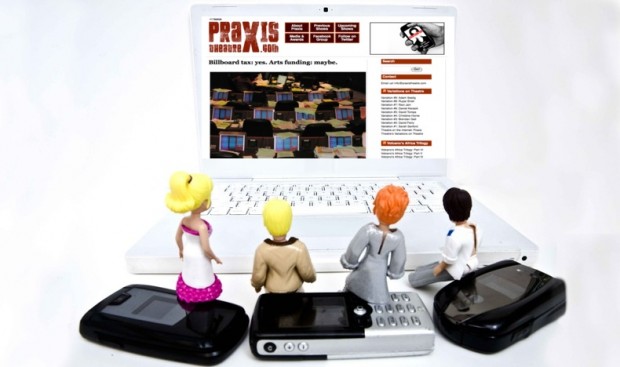 praxistheatre.com is one of five blogs in the Culture and Literature category that have advanced to the final round round of voting in the 2009 Canadian Blog Awards.

We need your help to come out on top. It only takes about 10 seconds to vote. The ranked ballot allows you to vote for as many blogs as you want.

Best of luck to our competition: Mouse-traps and the Moon, North By East West (NxEW), Book Mine Set, and Quick Brown Fox. Make sure to check out all four of these great portals to increased understanding of and interaction with Canadian culture.

Click here to vote in the Final Round of the Canadian Blog Awards.

praxistheatre.com is nominated for a Canadian Blog Award in the Culture and Literature category

Top blog in the category will be determined by two rounds of voting. It only takes a few seconds to vote. The ranked ballot allows you to vote for as many culture-themed blogs as you are familiar with… we suggest you rank Praxis Theatre #1!

Thanks in advance for your support. Did we mention that we would like you to vote for us?