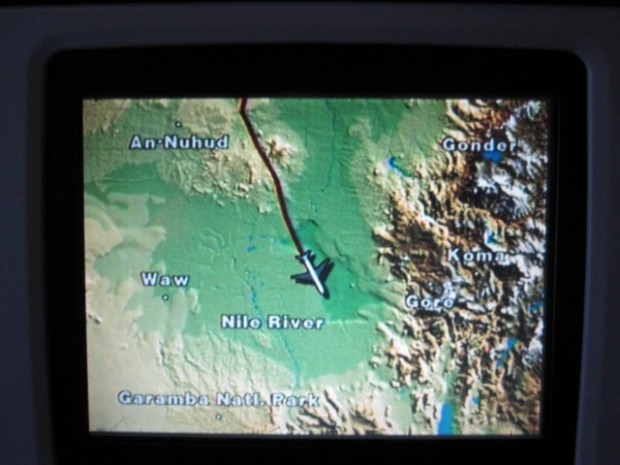 "The map on the seat-back screen. I realized that I was flying over places i had never heard of before..."

An Africa Trilogy purist could quibble that this is not strictly an “Africa Trilogy” related post. This quibbler would point out that Volcano Artistic Director Ross Manson blogging about his experience touring the Edinburgh Fringe-winning production of Goodness he directed to Rwanda, is about an entirely different production and creative team (save for Manson himself).

Fair enough, but the stated dramaturgical goal of the Trilogy is to create a piece of theatre that examines the relationship between Africa and the West. In this regard, the detailed and passionate record he has been keeping about touring a Western-created play on the nature of genocide to Rwanda is pretty much a perfect fit.

You can read the blog complete with comprehensive photography here:

You can listen to him be interviewed about the experience here:

(Click play on “Listen to Part 3 of As It Happens“)