I have been following with interest the events and actions surrounding the recent firing of Ken Gass at Factory Theatre.

I have seen several letters from some extraordinary artists that offer actions or pathways forward in response to the Board of Factory actions, and have contributed my own modest thoughts to the debate.

One of the things that alarms me is the relative absence of voices from the younger generation of theatre artists…ADs of project centric companies, authors, actors, dramaturgs, designers,producers. 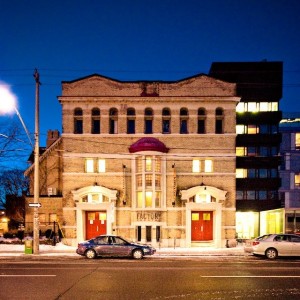 Not to generalize too much, but I have seen very few signatures on the various letters seeking either extreme, moderate or conciliatory activity…in fact very little commentary at all from the majority of Toronto theatre artists under the age of, say, 35. Perhaps many signed the initial petition that garnered 3000+ signatures, but where are the voices NOW?

I am not suggesting that the younger voices need to agree with Mr. Healey, Mr Walker, Mr. Moodie, Ms Stolk or Ms Gibson MacDonald and their various suggestions for action..but I am suggesting that perhaps more than any other group, you have a vital stake in what is happening and you need to express your opinions.

I ask myself a few questions here:

Why is there such relative silence from your generations of theatre artists?

How have I and my contemporaries failed in setting an example for you, so that you do not feel compelled to speak up in such a time?

Why do we as a community of artists have so little to say politically about our own institutions in comparison to similar communities from other cultures..USA, Britain, France, Germany as well as the non-Eurocentric communities of theatre artists in the world?

Others of my generation of Canadian theatre artists have suggested that you are simply waiting, like Prince Charles for the old guard to slip away so you can take over the institutions that have been built.

Some have suggested that you live in fear of rocking the boat and so not getting hired by whoever does take over theatres such as Factory.

Some say you are just rigid with apathy about the issues that have challenged Canadian theatre artists from the beginning of our short professional theatre history. We are after-all, for all practical purposes, just 70 years old as a theatre culture.

But I have worked with many of you, and I have sensed a fierce intelligence and passion inside you. So your silence I know is not simply due to the above. 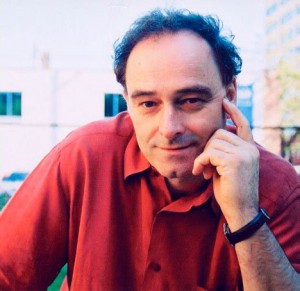 Is it that you don’t feel these issues are YOUR issues?

Because, I believe they are. The real issues at hand here are the issues of artist voice and artists’ moral rights to have a say in how the theatres that live or die by our work as artists are run. The issue of Board control over artists and their institutions has been a challenge to our Theatre since the first professional regional theatres were born out of the ashes of amateur theatre and throughout the evolution of large regionals, the alternative movements of the 70s and early 80s and the new wave theatres of the 90s and beyond. T

The issue is far larger than the firing of one AD (one, I might add, that has had a major impact on many of your careers…it was not after all the board of Factory that gave you a break when you needed it was it?) The issue is one of ownership of voice through the determination of how our institutions are run. If you do not speak out on this issue (and again, I care not what side you may come from, I ask only that you speak) you are in danger of backing yourselves into a corner of irrelevance.

When Sara Kane’s play “Blasted” was first produced in England, it received some pretty vicious press. The major artists of various ages in England were quick to respond through a very vocal and activist series of letters to editors, op-ed articles and broadcast debates. Many of the senior “established” artists such as Carol Churchill, Harold Pinter and many more went to the barricades to fight for creative voice. This has happened in England, the US, France, Germany (as I mentioned earlier) again and again when artists and their institutions are attacked.

Why are we so complacent here?

Why are you being so silent?

The blogs and papers and theatre lobbies should be abuzz with thoughts, opinions, letters from YOU (DOB 1977 and beyond)..yet I sense in sad recognition that the issue is slipping so quickly to just another Facebook entry-du-jour.

Please do not let that happen. Please do not be silent. Theatres like Factory were built with the blood, sweat and tears (and physical/mental/spiritual currency) of your predecessors in our community. They were not built to be passed on to board membership after board membership for patriarchal stewardship. They were built to be passed on to you! And when I see with wonder the explosion of new babies in your circles, it bears remarking that what you inherit, you will too pass on to them.

But Goddamn it, you have to stand up to be counted first. You have to get off the fence. You have to speak. All silence is the silence of complicity in your own future being determined by others.

With respect, solidarity and hope.

« Transmedia 101
An open letter to some of the old farts »