We have to grow up sometime 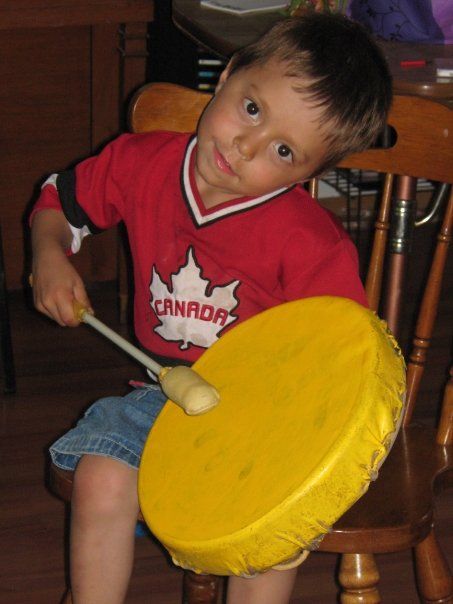 How do we know when a person is sorry? How do you, personally, know that you’re not just apologizing to ease your own conscience, or to placate someone? What does it FEEL like to be sorry? What must one do to make things right again, when one’s work has offended a people or person?

When your work is theatre, it is public. It strives to reach people and provoke dialogue, inspire questions – to engage people in communion. When, through carelessness, or thoughtlessness, or momentary malice, we create something injurious, how do we come back from it? How do we make amends?

This February, I addressed – by way of a piece at the Wrecking Ball – an injurious event that transpired in the form of a review of a Native Earth production. In it, the Toronto Star called Métis playwright Melanie J. Murray and her characters “Indian”, though the information had been provided by Native Earth to prevent such an outdated and embarrassing use of terminology. Native Earth sought restitution. In their response, The Star cited their Style Guide, which purports that “the word Indian, while considered offensive to some, is still perfectly usable.”

Native Earth informed the paper that this was not reason enough, that the issue was larger than a case of aesthetics. The Star made a vague commitment to consider revising their Style Guide. Many Native Earth affiliated artists – myself included – required more from The Star. My Wrecking Ball piece explored the damaging power of racial epithets, and recruited people to include themselves among the “some” who find the word offensive. After the Wrecking Ball, I hand-delivered the script and the photos of the “some”, along with a letter explaining the enterprise. We have reached the one-year mark of the staging of Melanie’s play, and the Star have yet to acknowledge my communication, or follow up with Native Earth.

Some of you know that there was some verbal sparring (much of it sparked right here, on this blog) about a video released by Artistic Producer Michael Rubenfeld this summer – a video that he put forth as a SummerWorks promotional thing. Many of us failed to see how it was SummerWorks related, and some of us – principally due to the proximate timing of the video to the ’09 Doras, and the recent presence Rubenfeld had had on Kelly Nestruck’s blog in regards to the Doras – thought it sorely offensive, mean and small. It was taken personally by a number of people in the First Nations community and beyond. This issue has been hashed out for months, now. Rubenfeld is sorry. He had said so, in his way, some time ago. Thanks to the efforts of a bruised community (FN and non) he now FEELS sorry, and that is – arguably – when an apology becomes authentic. It was slow to come, but Rubenfeld pushed through with a fortitude lacking in many people who hold far more prominent leadership positions. Many of us now feel restitution has been achieved. 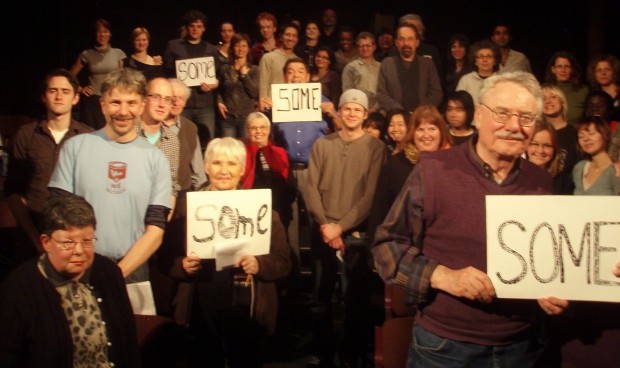 The audience at Wrecking Ball 8 was comprised of SOME of the people that find the word offensive.

Quite recently, there was offense incurred – and swiftly dealt with – by Neptune Theatre and the CAEA. The CAEA had posted, on their listserve, an audition notice for Neptune’s upcoming production of J.M. Barrie’s Peter Pan, or The Boy Who Wouldn’t Grow Up. The Cast of Characters, as written by J.M. Barrie in 1904, calls for “Pirates/Indians.” Rather than considering what this implies about our country’s first peoples and Neptune’s own lack of concern as to the portrayal that this nomenclature would connote, they went ahead and made the call as written. The CAEA posted that posting.

As soon as this caught my attention, I wrote Neptune and the CAEA. Neptune theatre responded to me that same day, whereas an Equity member rep (Kerry Ann Doherty) followed up with me through informal channels. Within a week, the CAEA had posted a joint apology along with Neptune, on the same listserve.

I want to extend my thanks to Neptune Theatre – and in particular to George Pothitos – for hearing the concerns I sent his company. The turnaround was impressive and gave me faith in Neptune’s commitment to stage a reconfigured production. Every painful hurdle this year had been a step in the right direction, and the fact that Neptune responded so swiftly feels like progress.

As for the CAEA, I hope they will continue to work on their rules and regulations regarding audition postings. Given that they were receptive to the concerns of a First Nations woman (and non-Equity member), I will continue to hope that change is possible.

In my own mother’s lifetime, there was signage at a movie theatre in B.C. that proclaimed a “NO INDIANS” policy on the ground level, relegating all “Indians” to the balcony. It is interesting to imagine my mom as a child, on a rare outing from Residential School, crammed into the back row of the balcony, watching Disney’s 1953 version of Peter Pan. It was complete with the tune “What Made the Red Man Red?”, whose lyrics include such chestnuts as “When the first brave married squaw, He gave out a big ugh.”

My mom’s grandchildren – my niece and nephew – sit in any section they want, in any theatre they want. If things continue to look up the way they have been, they won’t ever sit through a production of something that will teach them that their people say “ugh”. Hell, it might be to watch something that one of them has written.

Tara is a Ntlakapamux and Irish Canadian theatre artist