Horne to Coyne: How’s playing my part going for you? 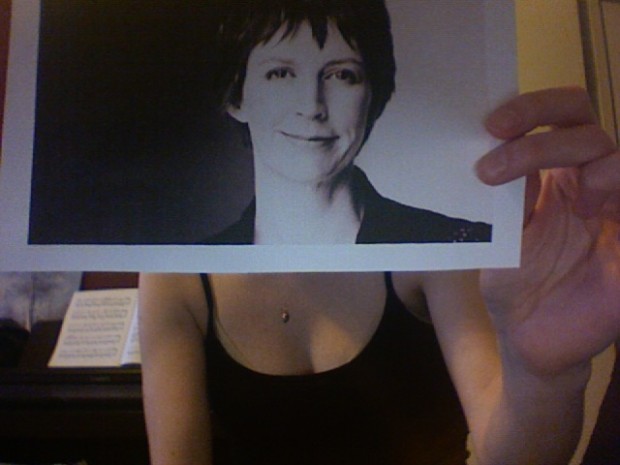 Once upon a time, Thistle Project founders Christine Horne and Matthew Romantini were workshopping an original adaptation of Peer Gynt with themselves in the lead roles. Then one day everyone was like, “Wait a second. Christine is simply not old enough to play this part. It doesn’t work.”

So Christine was replaced by Susan Coyne.  Burn on her.  That’s what she gets for starting her own theatre company: the opportunity to be a producer for other more widely known actors in a role she helped to create. But she’s not bitter.  See their conversation below. mw

You’re Susan Coyne!  What the fuck are you doing working for us??

Oh my goodness! Did you think you’d hired someone else? Martha Burns, maybe. We’re often mistaken for each other. I could give her a call, explain the situation, maybe she could- oh, no. Wait. She’s doing a George F. Walker play at Factory.  Sorry. I’m so sorry… I think you might be stuck with me.

How do you imagine your dressing room at the Holy Trinity will compare to that at, say, the Stratford Festival of Canada? 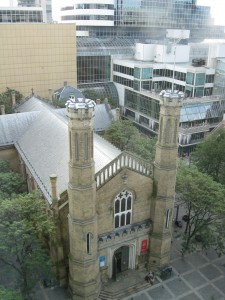 I imagine it will be similar: a spacious room, with a view of the swanboats on the river.  My own beer fridge stocked with my favourite beverage, Gimli Goose. A security guard at the door to stave off creditors.

What’s your feeling about established, well-respected actresses stealing roles away from their younger, struggling, unemployed counterparts?

I assume you’re referring to the unfortunate situation in which the producer (Christine Horne) fired the original actor (Christine Horne) and cast me instead. It’s not often that I hear I’ve been hired because someone was looking for a Christine Horne type- but wrinklier. I think I like it.

Who will play Erika Batdorf when you turn your experiences working with The Thistle Project into a multi-Gemini Award-winning TV series?

What’s the deal with you and Chekhov?  Ibsen wants to know.

If you were stranded on a desert island and could only bring one Artistic Co-Director with you, who would you choose: Matthew Romantini or me?

You for your intelligence, grace, compassion and sensitivity of course. But in the end I’d have to go with Matthew because he’s so damn sexy. Also I’m completely at his mercy since he knows the lines better than I. 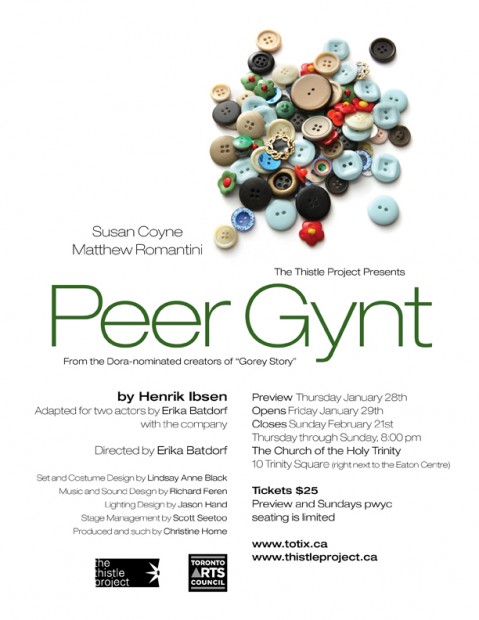 What has been your least favourite thing about playing Peer Gynt?

Having to forgo wearing my pushup bra and lipstick. I tried, but the director wouldn’t let me.

And last but not least… Why should anybody come see this thing?

Because it’s a great play, though you might not be able to tell that on the page. Because it’s completely modern in its mixing of styles and genres.  It’s fantastical and bawdy and biting and surreal and yet, at it’s heart, deeply spiritual. I think Erika Batdorf has directed a thoroughly entertaining production, unlike anything else you are likely to see this year.  I kind of wish I could see it. Hey- you know the lines. Maybe you could step in?

PEER GYNT opens at The Church of the Holy Trinity on Friday, January 29th.  For more information visit The Thistle Project Website.