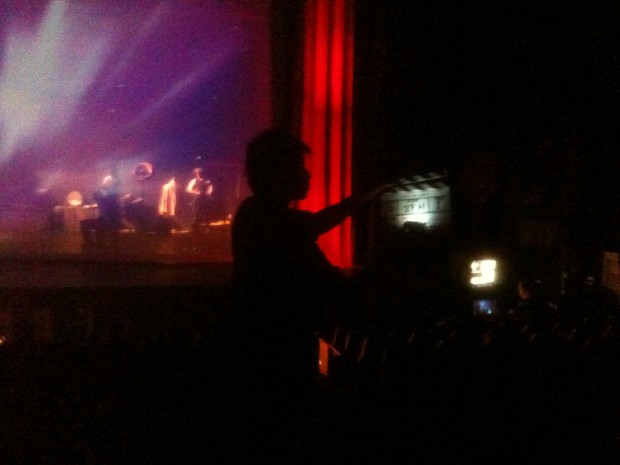 Throughout 2010 I will be engaged in a Director in Training program at The Tarragon Theatre funded by The Canada Council for the Arts. The premise of this program is that although I have significant experience directing theatre in festivals or site specific locations, I am still lacking in some key skill sets – namely how to tech a show and work with designers in a full professional production that has multiple days of tech and several previews.

Basically the program should teach me how to direct a show with a real budget in a big theatre. I have been an assistant director or script coordinator on a number of large budget shows, but the focus has always been on the process in the rehearsal room. At this point the other half of a director’s job is what I really need to bone up on, and I am thrilled (and a little incredulous frankly) that I have been presented with this opportunity.

As anyone who has ever done a fringe show knows – design elements are difficult to prioritize in indie theatre: Often festival productions have one “special” – a light designated just for the use of a particular show. Sets must be kept simple in order to be loaded on and off stage in under 15 minutes. Sound design must be kept basic in order to be programmed along with all your lighting cues in under three hours.

Site-specific work offers more freedom but comes with new obstacles: Power supply for lighting instruments is always an issue as is the ability to hang them without a grid.  Sets must often be built inside the venue to fit though human-sized doorways. A lot of time gets burnt on how and where people will sit. Insurance, washrooms, fire exits come up time and again too. Design elements always seem to move to the end of the list.

To bring me up to speed on how the established theatre world has been working with design while I have been making-it-up-as-I-go for the past seven years, I will be investigating and learning about the design and technical elements at theatres across the country and at The Tarragon Theatre.  Sometimes my travels take me along with Tarragon Theatre Artistic Director Richard Rose, and sometimes I’ve been lucky enough to be included by other companies.

The goal of the program is to give me the knowledge and understanding to direct a play at any theatre regardless of scale or budget. As editor of a website about indie theatre I would be remiss if I didn’t write about all of this, so starting next week start looking for posts on the topic, starting with Tear The Curtain a project The Electric Company has been commissioned by The Arts Club to premiere at The Stanley Theatre in Vancouver – aka the most technically ambitious production I’m aware of a Canadian indie company ever attempting – so it will be a great place to start!