This is what it looks like when you win 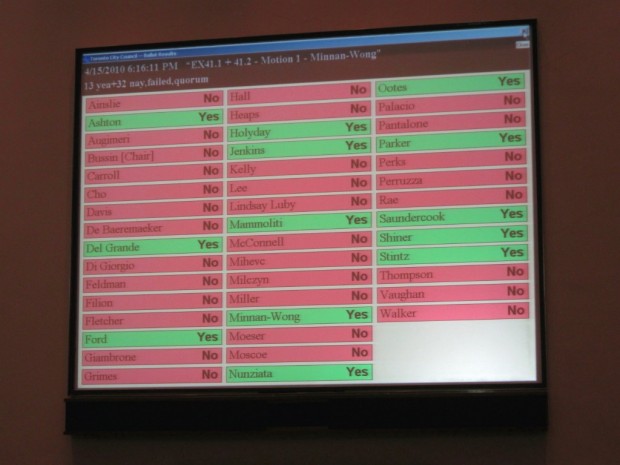 At 6:16:11 PM on April 15 Counsellor Minnan-Wong's motion to "torpedo" the Billboard Tax being connected to arts funding failed miserably.

If you’re sipping your morning coffee it’s time to spike it with something, and if it’s closer to lunch crack something bubbly – because folks – rarely is there such a clear cut victory as this:

Years of community-based consultations and organizing has resulted in exactly what Torontonians had called for by a 5-1 margin. The revenue from the new Billboard Tax will be dedicated to arts funding for the public sphere.

There’s nothing else to say really. Tip of the hat to Devon Ostrom and the entire Beautifulcity Alliance for their work, intelligence and sticktoitiveness. There were some dark moments there.

Next time someone tells you grassroots organizing doesn’t work – or the current generation of artists is politically apathetic – feel free to send them the link to this post.

« Out and About
So lets talk about this interweb thing »