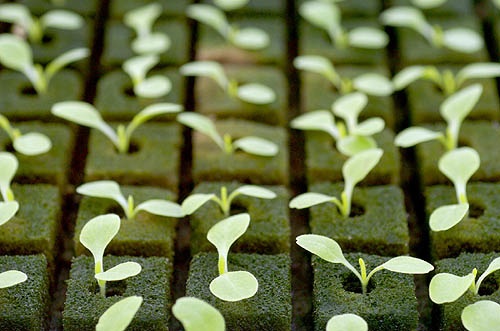 In many of the circles I run in “Equity” is a dirty word. It is often uttered derisively, and under one’s breath. Something to be avoided at all costs, and dealt with only when absolutely necessary. For Canadian theatre artists trying to create their own work – dealing with this hostile force is one of, if not the biggest, obstacles to pursuing their craft. It is frequently uttered in conjunction with other dirty words.

I think this is a darn shame.

As an artist who unabashedly wears his progressive convictions on his sleeve, I really WANT to like the professional association that represents and fights for the workers in our industry. I think in many ways theatre artists are the canaries in the coal mine in terms of the 21st Century economy: Increasingly our labour is becoming casualized – purchased by employers who offer no benefits or job security on a contract-by-contact basis.

Although there are exceptions, like the year-round acting company started by Peter Hinton at the NAC, in general the North American trend has been to move away from providing steady work and opportunities to local artists. South of the border, Mike Daisey has articulated in great detail the huge amount of money pouring into buildings and institutions as “arts funding”, while the conditions for theatre artists rapidly deteriorates. We are experiencing many of the same conditions and we need a strong professional association to advocate on our behalf.

This is why CAEA is important to all of us. We are caught in a grander paradigm of precarious workers with no security or opportunity to create savings. CAEA has a crucial role to play in advocating and organizing against this disturbing trend in support for artists. In particular, by ensuring the best rate of pay and working conditions in successful profitable productions.

Unfortunately, like some sort of auto immune disease, the vim and vigour with which the association should be protecting artists with the major producers and funders in the country has been turned loose on its own membership. Where the energy of the organization should be going into finding new opportunities to expand and enhance our industry, significant resources are going into shutting down and intimidating member-initiated projects.

The consequences of this misguided strategy have been immense and devastating for independent theatre creators. Unlike artists in competing markets like Boston, Chicago, NYC and LA, Canadian artists have no way to get new work off the ground under a specific company name. There is the option to produce under the Co-Op agreement, but this requires every production member to be part of Equity and does not allow shows to happen under the name of a theatre company. Unable to brand themselves (a key element of building an audience), use the artists they want to work with, and raise tens of thousands of dollars to put on their first play – a huge number of indie theatre productions fail, or simply do not happen at all. It has not been an awesome era to be an emerging theatre artist in Canada.

Those productions that DO happen succeed only after long, stressful, unreasonable, and often hostile negotiations with CAEA. The cumulative effect of this extremely dysfunctional relationship is that those companies that have survived are bitter and lacking in any sort of trust in CAEA to look out for their interests. It was this situation that led to the formation of The Indie Caucus, to provide a unified voice to these concerns. This led directly to a 96–1 vote demanding a response to indie needs at the CAEA 2008 AGM in Toronto. Incredibly, this vote was ignored, until a 42 -4 vote at the 2009 AGM in Montreal to move on this issue post-haste.

All of this has led to the incredibly important, i-won’t-talk-to-you-if-you-don’t-go Regional AGM to address indie issues @ 7pm at Theatre Passe Muraille this Monday May 17th. Just as important is the recent announcement that CAEA will be establishing the Independent Theatre Review Committee to gather feedback from across Canada on this issue. If you would like to join this committee you have until just May 20th to put yourself forward. They will likely be taking nine new members. Seeing as the committee started with three Ontarians (well 2 from Ontario and one from the “dance region”) – if you are not from Ontario and you have an Equity card, your odds of making the committee are VERY GOOD. There is only one actor from Toronto so far, so there is some room there too.

Fundamentally what is missing from existing CAEA agreements is any cognizance of five dramatic shifts going on in Canadian theatre:

1
There are very few artists under 35 who categorize themselves solely as “actors”. We all have multiple identities now. Someone is a playwright-dancer-director, another artist is an actor-choreographer-writer, and I even know a stage manager-lighting designer-poet. These are the people creating art now. Most importantly, we are all producers. If you try to explain this to anyone at CAEA they look at you like you’re speaking gibberish. It’s like there are no check boxes to accommodate this reality so we’re just going to pretend it isn’t the case.

2
Where are the young people? Have you been to the theatre recently? As a thirty-three-year-old I often find myself THE YOUNGEST PERSON IN THE AUDIENCE! This is a major crisis. Who is going to come to the theatre in twenty years? We need to take drastic and immediate action to make theatre accessible to a younger generation of theatre-goers. This is going to require engaging and supporting younger and emerging theatre artists instead of persecuting them. It’s time for a Youthquake – and unlike in Slings and Arrows it is going to take more than a slick marketing campaign.

3
We are at a major competitive disadvantage – when other major American theatre centres have access to agreements with American Equity that allow projects to get off the ground when they are at an early stage, when no one is going to make any money off of them anyway – it makes Canadian theatre much less likely to be daring or new. Are we artists who create daring and innovative work or are we just a place for productions from other places to tour to?

4
Canadian theatre has really sub-par engagement with diverse communities. Both in terms of audience and practitioner our industry is overwhelmingly white. This despite Canada being home to several of the most multicultural cities in the world. How can we do our job to reflect life back to our citizenry if we only reach and look like some of the citizens? This is a crisis of relevance. CAEA has to look at this situation, take a deep breath, and decide that a quota for the percentage of Equity members in indie productions is destructive and frankly, discriminatory. The door will continue to be closed to these communities unless their participation as both audience and artists in is encouraged.

5
We need to start working together. How much energy has gone into this multi-year internal battle to have CAEA stop treating its younger and self-producing membership like they are commiting a crime for trying to create new work subsidized by their sweat and hard work? We have much in common and lots to work on to create art and an industry for a new generation of theatregoers. It’s time to bury the hatchet and getting on with the making of this new era in contemporary Canadian theatre. There is no desire to diminish the hard work and many gains CAEA has made for Canadian theatre artists in the past, but it is time to move on and make some gains for the future.