Local companies get inventive with social media at Luminato 2011

2011 is shaping up to be a particularly interesting year for local independent companies at Luminato and audience engagement through social media as these companies reach out to audiences across Toronto. 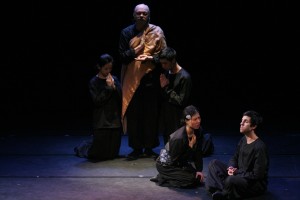 My official involvement this year is connected to my work with Theatre Smith-Gilmour and their recently launched website which will have regularly updated original and engaging content about the North American Premiere of Lu Xun blossoms at Luminato.

Co-produced by Theatre Smith Gilmour and The Shanghai Centre for the Dramatic Arts, it is the first ever Sino-Canadian theatrical co-production.

Want to know more about the show?

Awesome: Theatre Smith-Gilmour Co-ADs Michelle Smith and Dean Gilmour just wrote a blog post all about how this groundbreaking production came about.

Necessary Angel is another local company involved in Luminato 2011. In fact, it has not one, but TWO shows in the festival this year. It’s probably a testament to the general consensus on how important/boundary pushing Necessary Angel is that no one has really complained about this fact.

The company is running two separate audience engagement initiatives for the shows through their Facebook page:

For the production Tout Comme Elle, audience members are solicited to submit pictures of their shoes and the stories they tell. Participants are entered into a draw to win dinner and tickets to a show. 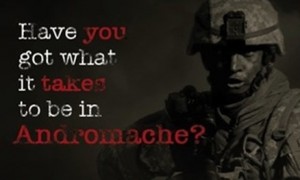 For the production Andromache – something pretty crazy is happening:

The production is casting one of the roles, “the recruit”, through a Facebook competition facilitated by the Andromache Facebook App where potential “recruits” upload their photo and key info before being voted on by other facebook users who access the Andromache ap. The top three vote-getters will receive an interview with internationally acclaimed director Graham McLaren and one will be hired to play the role.

No shit. Forget that agent that doesn’t return your calls: Just get on Facebook, get that photo up there, and get your friends voting. There is work out there after all. (Please note: I uploaded my own photo and profile and I am not doing well. Come on Praxis Blog readers – don’t you want more weird blog posts about using Facebook to get work with important theatre companies?)

On a producing level, this is already a slam dunk in my mind – I can see that the number of people that “Like” the Facebook page, which is part of the process of voting, has gone up significantly since these competitions started. As Facebook groups become de-activated in favour of Pages, while Toronto remains a city with exceptionally high Facebook saturation – using participation in an international festival to leverage your Facebook Page Fans this way is pretty darn smart. Here’s hoping they get an actor in the top three that can play the part…