Well we have been busy bees here at Praxis, writing drafts, making proposals, cutting deals, and generally hustling the way that a company must in an era where not much is going to come for free to a small indie company with no operating funding, office space, or corporate sponsors (although we’re not against having the right ones).

The end result is that we have 3 different productions at 3 different stages of development that we invite you to attend and engage with between now and the end of the year.

So we are using “season” in a new way with this announcement.

Usually, it denotes a series of final products. This model doesn’t work for a small company that often integrates presentations and performances into our development process. So our season has one show we are doing the initial exploration on, one that will be mid-development, and one that is in fact our final product.

Each show has its own relationship to how it will interact with its audience through this site and we invite you to participate in whatever way interests you:

Maybe you just like to go to the shows and read the posts; maybe something about a show infuriated you and you need to interact with us about it; maybe you will send us your thoughts or ideas when we ask for them (or when we don’t). Or maybe something else we haven’t thought of that the internet is about to invent will present itself as a possibility.

Read below to see what we’re up to.

Thanks for involving yourself with our work and communications as you see fit! 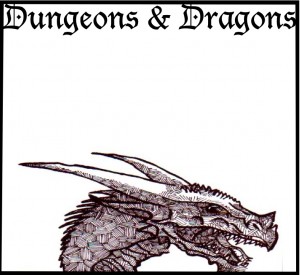 Dungeons & Dragons, (not) The Musical @ The Toronto Fringe Festival
Created by Aislinn Rose

Stage One – Just looking into it

Praxis Theatre will be playing host to three Dungeons & Dragons tournaments, where audience members can come and go throughout each adventure or stay for the full 6-hour marathon.

Part performance experiment, part research project, the events will feature some of Toronto’s favourite actors, directors and comedians at their nerdiest. While drama nerds and D&D geeks go head to head, live sound & lighting artists will create a unique atmosphere for each tournament.

Snakes & Lattes in the heart of the Annex has kindly offered their space for our shenanigans, so audience members will be able to enjoy coffee, yummy treats, and an authentic D&D in the basement experience. 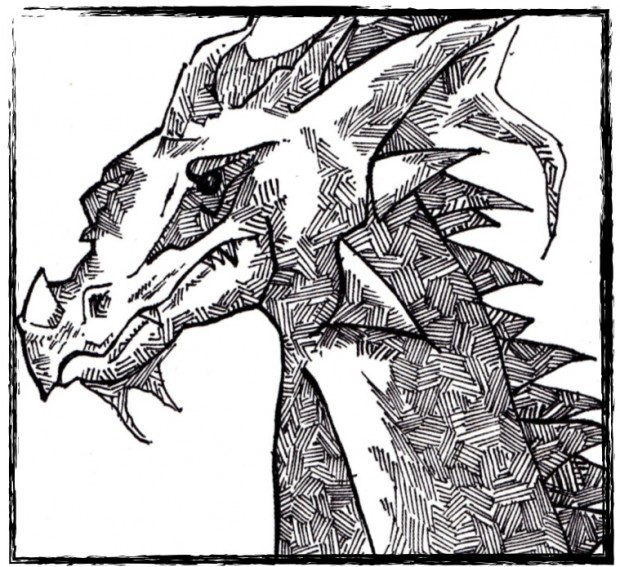 You Should Have Stayed Home @ The Summerworks Festival
Written and performed by Tommy Taylor. Directed by Michael Wheeler

Stage 2 – It’s a a play, but we could do more with more time and resources.

An original adaptation of the Facebook note How I Got Arrested and Abused at the G20 in Toronto, Canada produced in partnership with The Original Norwegian.

After being translated into seven languages, attracting a concerned following around the globe, and forming the basis for a The Fifth Estate documentary, this Facebook note is a major artifact documenting the deterioration of Canadian civil rights in the 21st Century. We look forward to working with Tommy to continue this important discussion through a live performance based on his experience that is integrated with online media. 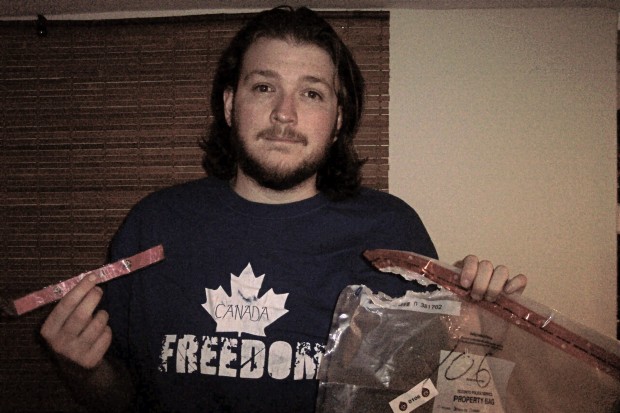 Photo of Margaret Evans by Will O'Hare

Jesus Chrysler revolves around 1930s activist and director Eugenia “Jim” Watts and the work of progressive Toronto-based theatre artists of the 1930s.

An intimate, immersive production at the centre of which is legendary Toronto activist and director Eugenia “Jim” Watts.  An unsung icon of 1930s Toronto theatre, Jim had her work banned by a Prime Minister before enlisting in The Spanish Civil War, becoming its sole female ambulance driver. Jesus Chrysler invites a select audience to explore Jim’s life and loves along with her, in a show that engages with and questions the intersection of art and politics. 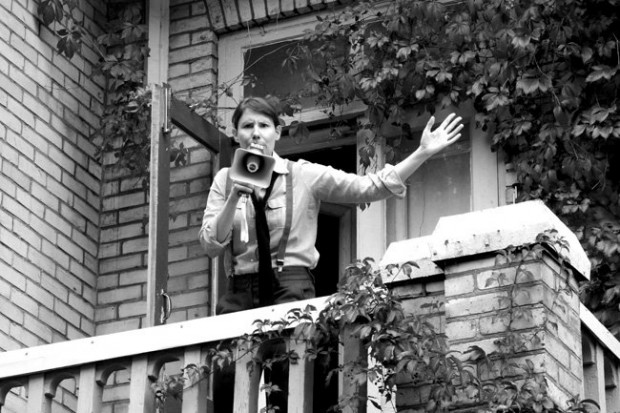