Peggy Pickit Sees The Face Of God: Probably the best play I’ve worked on so far 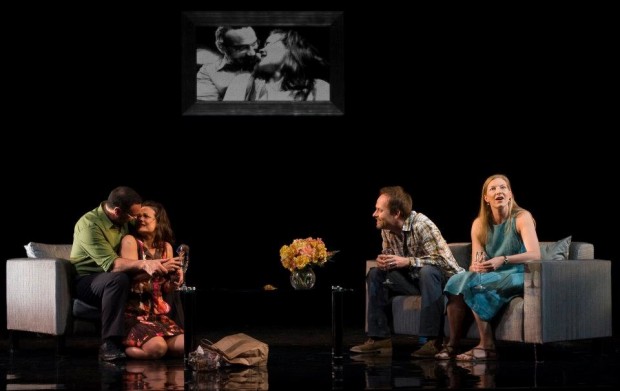 I realize it is a little strange as the Co-Artistic Director of Praxis Theatre and Editor of praxistheatre.com to publish a blog post about the best play I’ve worked on so far and for it not to be a Praxis Theatre show – but there’s PR and then there’s an attempt at truth. Hopefully people read this thing because we appreciate the latter over the former in this space. 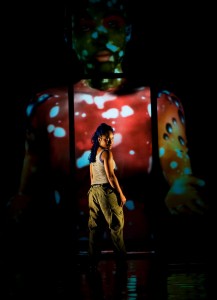 Over the past three years, with the generous support of two grants from Theatre Ontario, I have been a participant in Volcano Theatre‘s  The Africa Trilogy – which premiered last year at Luminato and became Another Africa this year at Canadian Stage.

This participation has taken number of forms; first as Artistic Producer Trainee with artistic and producing duties on all three productions, which I blogged about extensively on praxistheatre.com in a seven part series, and then as the creator and curator of The Africa Trilogy Blog.

Both of these experiences were immensely rewarding. In terms of gaining an intimate detailed understanding of how an ambitious international collaboration goes from idea to reality (praxis) they were invaluable.

There could be no better education in creating original plays than the opportunity to experience directors Ross Manson and Josette Bushell-Mingo, cast, dramaturge, choroegraph and stage new works by new voices in theatre.

In particular, seeing Shine Your Eye, the first dramatic work by Binyavanga Wainana, (just pronounced this week by Forbes magazine as one the 40 most powerful celebrities in Africa) come to life as a thoroughly contemporary African perspective on Africa, expanded my understanding of theatrical potential.

The majority of my work over three years and seven (yes seven!) rehearsal processes was as Assistant Director working alongside director Liesl Tommy and choreographer Heidi Strauss on Roland Schimmelpfennig’s Peggy Pickit Sees The Face of God. 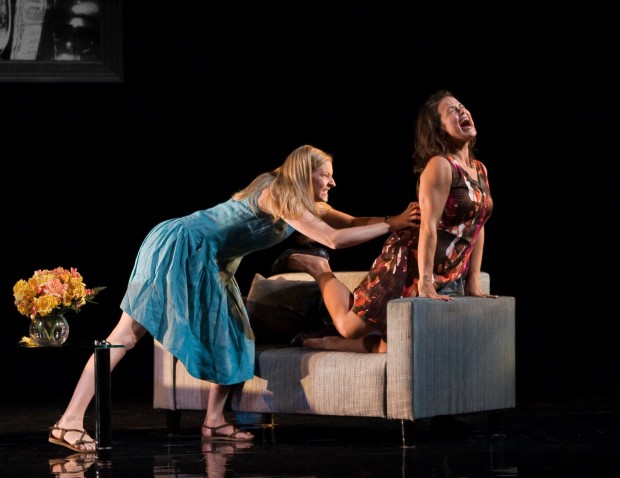 Developing a World Premiere of a Schimmelpfennig text over 2008-2011 has inspired two extremely vibrant emotions in me:

1 – Pure inspiration: I remember walking home from a read-through of the play sometime in the second workshop in 2009 with a deep suspicion that, assuming we are still here on earth, this text will be performed in fifty years by Norweigan high schoolers, community players in Austin Texas, and subject to a number of revivals.

There’s nothing quite like being sure what you are doing is important and may possibly outlast you.

2 – Absolute dread: As an artist literally in training to have responsibilities connected to the success of this a once-in-a-lifetime text was intimdating to say the least. When I found myself rehearsal director of a workshop to review blocking and camerawork from Luminato with new Canadian Stage cast members Tom Barnett and Kristen Thomson in April, it was frankly the most pressure I have put on myself.

I watch enough sports to know sometimes guys make The Stanley Cup in their rookie year and that’s the only shot they ever get. 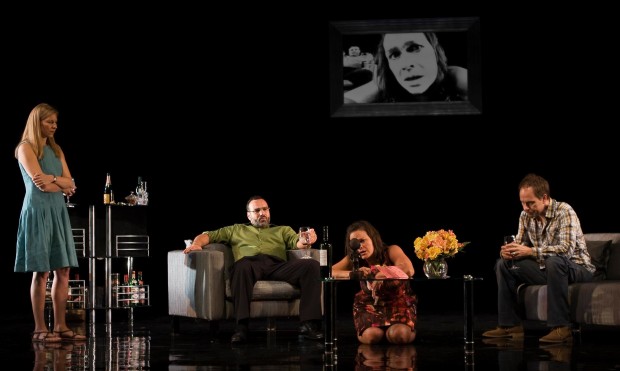 If you can’t tell, I am immensely proud of this play and there is a week-and-a-half left to catch it. You can get some seriously cheap tickets: Under 30: $12.50, PWYC Mondays, and $22 Arts Worker opportunities are all in play.

If you enjoy new performance that pushes the potential and form of live storytelling I hope you will come. Don’t make it one of those shows you meant to see but things were crazy in the fall, yadda, yadda, yadda. If you come this Friday October 14, Volcano Theatre General Manager Meredith Potter will be talking in more detail about creating the production in the second floor lobby at 7:15pm before the 8pm curtain.

That’s it. That’s my pitch. Thanks to Volcano Theatre for the unprecedented trust and opportunity and to director Liesl Tommy for giving her assistant director real things to do. Hope you can make it.

« 3 articulate videos on what #occupywallst is about
Variation #40: Ben Noble »