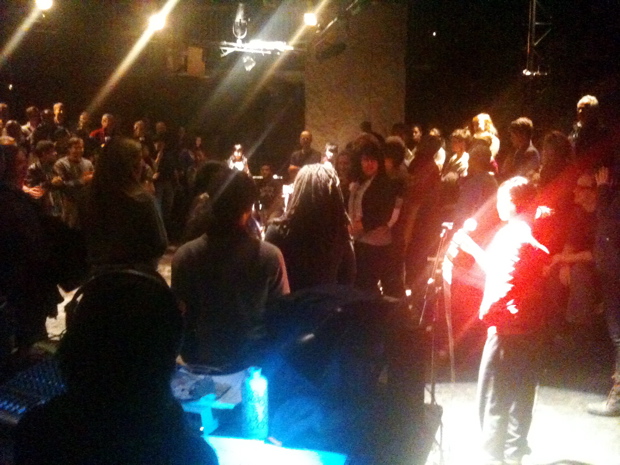 Parkdale-based teens, The Torontonians, perform at Wrecking Ball 11 'Now What?' a theatrical response to Rob Ford as Mayor of Toronto

Toronto culture scored a rare win this week at City Hall as arts grants and reduced library hours became some of the very few measures pulled off the chopping block in the 2012 budget by the City’s Executive Committee before it is voted on by all of City Council next week.

Barring a major backlash or unforeseen circumstances, this means Toronto culture will stay funded at $19/per capita. Arts grants will not be sliced and diced like many important social programs as the current budget suggests, although it is worth noting Toronto will remain dead last in cultural funding amongst major Canadian cities. 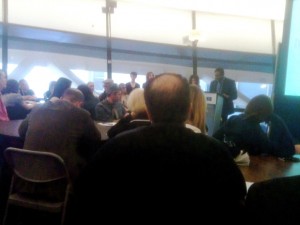 Arts and culture is going to dodge a bullet; unlike fair wages for janitorial staff, shelters for homeless elderly people, swimming pools, a wide variety of community housing initiatives, day care programs, services for recent immigrants, and other essential programs Toronto invests in to promote an equitable and prosperous city.

We have arrived at this state of affairs because of a false crisis created by Mayor Rob Ford by reducing revenue through eliminating the Vehicle Registration Tax while promising gravy, but finding none.

The idea of a large deficit that must be immediately dealt with through massive cuts is a false narrative designed to shock Torontonians into making senseless choices that, to quote one City Councilor, “will be borne largely on the backs of women and children.”

Viewed in this context, restoring funding for arts and some libraries is a bit of a gut check for culture supporters.

Do we advocate only for ourselves, or are our efforts more broadly focused?

Do we want the arts to be funded because we like art and books (and some of us a paycheque), or is there a grander vision for an ecology in which culture is one important piece of a prosperous, reasonable and just society? 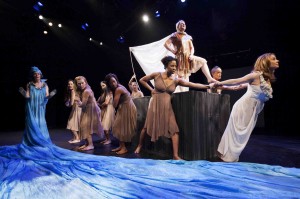 From @margaretatwood to The Creative Capital Initiative, and everything in between, it seems our cumulative disparate voices in support of culture have achieved a resonance that is impossible to ignore at City Hall.

Cultural activism in Toronto has been robust and intelligent over the last few years, with contributions from a wide variety of sectors and art forms. It is possible to view this reprieve as an admission of sorts that we are frigging crazy and can cause problems that are difficult to manage.

A clear and strident message from artists could crystallize the city-wide discontent with The Ford Approach to governance. Likewise, a submissive and satisfied arts sector that is grateful it has been spared the rod (this year), is just what this administration needs to push through a series of cuts that will impact our most vulnerable citizens.

With arts cuts off the table we have a unique opportunity to advocate not out of fear, but from the deep-seeded belief that a society should be set up to defend its least fortunate members. Time to get off the ferris wheel and finish re-writing this budget.

Michael Wheeler can be found on Twitter via @michaelcwheeler