Dispatches from the booth #1: Five Questions You Should Never Ask A Theatre Technician 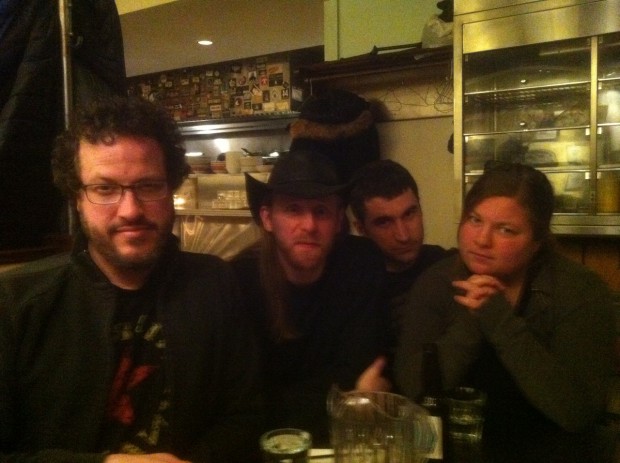 Technicians in their native habitat, a small local bar. They are not impressed by your questions.

Why hello, readers! Pip here, starting my new column on these pages: Dispatches From The Booth.

Over the past ten years, I have worked tirelessly to assimilate myself into that most elusive and mysterious of groups: theatre technicians. During that time I have developed an understanding of the workings of both technicians themselves and the artists that surround them.

For my first column, I thought I would begin with a spot of advice on that most awkward and difficult time: when technicians are encountered by just about anybody else. They are often approached with a smile, and a series of what might be considered thoughtful questions about their job. After all, who knows what technicians really do? Oh, we’ve all seen them, lurking around in the back of the theatre, a disembodied head floating in the booth, a gruff presence sweeping the floor before the show. But “being generally dodgy” cannot be the entirety of their job descriptions, can it?

Now, if you’re not a technician, and your “well-intentioned” questions are met with an eye roll and a shrug, it may be that the technician you’re talking to is just maintaining their misanthropic air of mystery. Or they may be drunk (technicians are often drunk). But it may also be that you have asked them one of the following questions*, all of which are guaranteed to earn you a scornful glance, at the very least.

*As a disclaimer, allow me to state that I have been asked all of these questions at least once, and by people working professionally in the arts.

Here they are: Five Questions You Should Never Ask A Theatre Technician:

1. What are you going to do when you stop being a technician?

2. Why don’t you work for Cirque du Soleil or Mirvish?

3. Did you have to go to school for that?

No, I was born with an inherent grasp of photometrics, physics, engineering, mechanics, and sass.

I don’t actually know, because I’ve never watched you perform. I’m too busy operating lighting cues, making sure the right sound cue is playing, checking that your mic is turned on, and criticizing your ability to find your light. 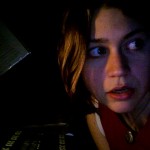 Pip Bradford is the Mainspace Technician at Tarragon Theatre, an intern for the Toronto Fringe Festival, and is the founder of Art Is Hard, a grassroots arts philanthropy project. In her spare time, she is a gadabout and girl-around-town. She also blogs (infrequently) at The Christopher Pike Project.

Filed under Dispatches from the booth.

« Praxis, Toronto Fringe and Theatre Centre at Social Media Week
Equity Member? This is where you should be on Monday night »