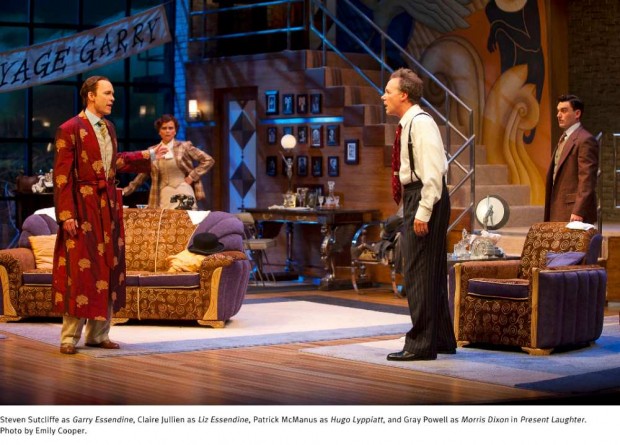 I just did Tara Rosling‘s yoga class on the day off. Delicious.  Opening week has ended! Six shows opened with dinners and parties while we continued to rehearse and set levels for His Girl Friday and assembled for the first day of Hedda Gabler on Thursday. I was only able to see Wednesday’s opening of Present Laughter– which was fabulous and I attended the pre show dinner and performance with old pal Neil Barclay.

I cannot write this post without mentioning how humbled and honoured I am to be in the room assisting Martha Henry on Hedda Gabler.  She brings such compassion, insight and humour to the table. We begin blocking tomorrow. 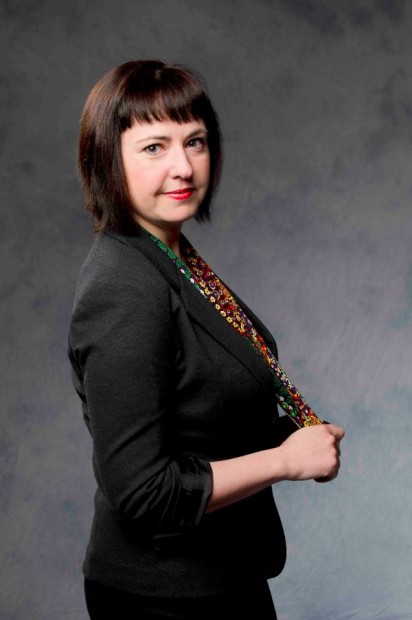 Meanwhile, His Girl Friday: Jim Mezon and I will be spending 24/7 together in the coming weeks. He is playing Judge Brack in Hedda and we will run back and forth to rehearse, tech and preview his production of His Girl Friday – He is a goldmine of Farce 101. I have loved my rehearsals with the reporters – who act as a Greek chorus in the play – hashing out the text and drilling the lines while Jim works on other scenes. It is a huge play that demands a lot of precision.

In preparation for writing my His Girl Friday pre-show chat – some thing both Intern Directors do before evening shows at the Festival Theatre – I dug up Neil Munro‘s directors notes from The Front Page’s production program. This show is the 1928 Ben Hecht/Charles MacArthur play His Girl Friday is based on.

I was SO inspired by those notes, that I took a list of all the shows Neil has directed here to Jean – who creates all the Shaw programs. She gave me copies and I spent an afternoon with Neil Munro  – reading his brilliant notes on Ibsen, Miller, Chekhov, Williams, Barker, Shaw etc. Here is his definition of farce from The Front Page notes:

“Farce feeds on insurrection, and its characters stand outside the boundaries of civilized behaviour. Farce also contains elements of rage – rage at the inability to better one’s circumstances, rage at the deceit of false friendships, rage at why Right seems Wrong and the other way around. All of this is usually coupled with a healthy dose of domestic violence and almost always capped with the power of True Love to rise above all and serenely conquer.”

I also started my Academy classes last week. We have chosen Act 1: Scene 1 from Shaw’s Candida and John Bull’s Other Island to work on. I love Shaw! As for my one act choices for the project, I have more than three and am trying to narrow it down. Ionesco, Inge, Williams, Gerstenberg, Kaufman and Galsworthy… Thanks for reading!

Krista Jackson and Michael Wheeler are the 2012 Neil Munro Intern Directors at The Shaw Festival. You can read all their blog posts about this by clicking here.