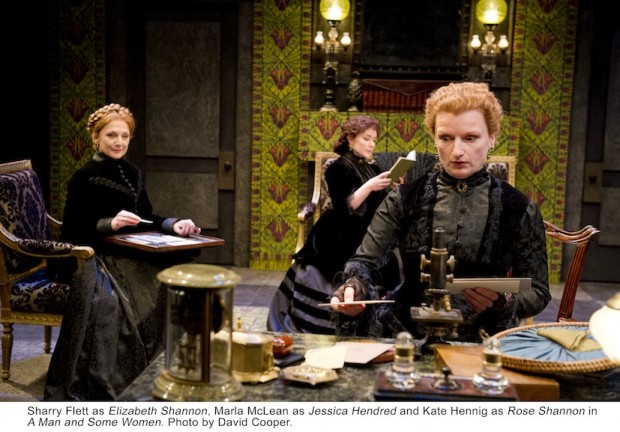 Okay so things have been busy here at The Shaw Festival.

My last post had come as I had just finished my work as an assistant director on the musical Ragtime. I still remain connected to the show through hosting pre-show talks on the terrace of The Festival Theatre at 730pm before evening performances until September. My talk is a mix of musical, production and early 20th Century history.* There’s a lot to go over in roughly 20 minutes and the content is evolving over the summer. Emma Goldman, played by Kate Hennig, is a big hit with audiences as a historical figure many were unaware of – background on her and Booker T. Washington is becoming more emphasized as the talk develops. 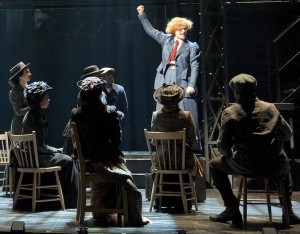 From a rehearsal standpoint, I spent much of my spring at The Court House Theatre working as assistant director with director Alisa Palmer on A Man and Some Women by Githa Sowerby.  The production is the third Sowerby play produced by The Shaw Festival under Jackie Maxwell’s Artistic Direction. The first, Rutherford and Son, was a hit when it opened exactly 100-years ago with an author simply known as G. Sowerby. When her gender was revealed, although it lent Sowerby some fame and notoriety, her subsequent works were not produced by the theatre establishment.

Recent productions of The Stepmother and A Man and Some Women at The Shaw Festival have served to re-ignite interest in Sowerby and her body of work beyond Rutherford and Son. Unearthing this practically un-produced gem from a century ago was exciting for all of the artists involved. The text is clearly influenced by Chekhov (subtext and a passion for capital W Work) and Ibsen (the plot is akin to a neo-feminist A Doll’s House), but there is also a high-stakes quality to the writing which is uniquely Sowerby’s. Along with my regular assistant responsibilities, I also worked closely with eight-year-old cast member Jordan Hilliker, who has three scenes in the play complete with Victorian-era costume and dialect. Man did he nail it on opening. 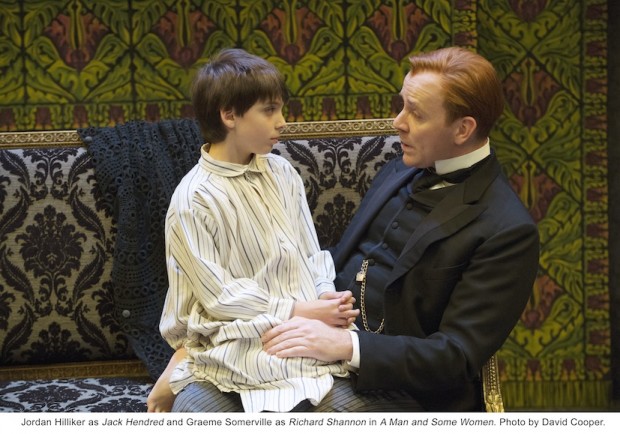 Jordan Hilliker has three big scenes at the same age I was moving from Lego to Robotix.

I have also begun rehearsals as assistant director of Helen’s Necklace by Carole Fréchette,  directed by Micheline Chevrier. Poetic language permeates this two-hander about a Western woman searching for her possibly metaphorical lost necklace in Beirut. It is a piece that requires imagination and interpretation by director and designers. It is the only show playing in the Studio Theatre this season, which has given us a blank palate not normally available in the repertory model to create Helen’s experience of Beirut through a detailed but minimalist set by Judith Bowden defined by light (Michelle Ramsay) and sound (John Millard). 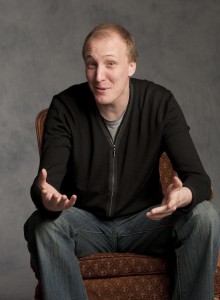 Currently, I am half-way through a Mamet/Churchill/Stoppard scene study workshop I am leading with twelve performers here. On Wednesday mornings three actors work on a scene from Glengarry Glen Ross as well as a three-hander from Cloud 9. On Thursday there are three two-handers from Arcadia, Rosencrantz and Guildenstern are Dead and Oleanna.

Our tablework has concentrated on given circumstances, awareness, and events – so hats off to Stanislavsky. As each of the scenes moves from table work to ‘on its feet’ I am staying focused on clearly defined actions and beat changes that necessarily change those actions. This part is more Practical Aesthetics influenced. It’s a blast to be doing this work with such talented pros.

Finally, I have submitted my top three plays for Directors Project and had my top pick approved. This fall I will be directing Senora Carrar’s Rifles by Bertolt Brecht in The Studio Theatre. I had also submitted Shaw’s The Shewing-up of Blanco Posnet, and a collection of early drama by Chekhov as alternates, but I really was most excited by Rifles (as I may start calling it). It is Brecht’s very loose adaptation of Riders to the Sea by Synge – but set in The Spanish Civil War.

Senora Carrar’s Rifles is many things: A mini Mother Courage, Brecht’s most serious attempt at realism as a mature artist, a play he regretted writing, an incredibly popular play with East-German cultural authorities, a Call to Arms, and a serious conversation about the limitations of pacifism in the face of fascism.

I will be working with musician and composer Beau Dixon to create the sounds of the approaching battle (and everything else) through percussion. It is looking unlikely we will be calling any sound cues from the booth, but you never know. Hopefully by next blog post I will be able to announce the cast. Thanks for reading along. It really is an incredible opportunity to be here. Lots to learn and so many talented people to learn from.

* Material for this talk is actually a combination of research by Obsidian Theatre/Shaw Theatre Interns Beau Dixon, Ray Hogg and myself. Thanks guys.