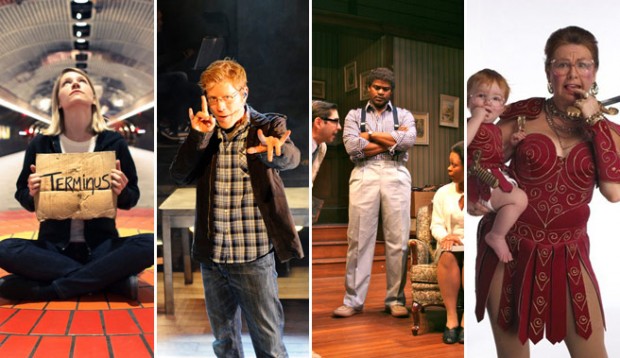 On Monday Sept 24, Mirvish announced the launch of a “Second Stage” season that will feature four productions of contemporary drama that are less mainstream than its general offerings. These shows are being offered as a package where four tickets can be purchased for $100-$200 depending on seating.

Two of these productions are Toronto indie theatre hits: Studio 180’s Clybourne Park produced originally in association with Canadian Stage last year, and Outside The March’s Terminus, one of the standout hits of the SummerWorks Festival two months ago.

The other two shows in The Second Stage Season also have indie roots: CBC’s Mary Walsh‘s Dancing With Rage was originally going to be a Theatre Passe Muraille production before it was cancelled due to illness, while Anthony Rapp’s (brother of playwright Adam Rapp) autobiographical one-man show Without You got its profile as a darling of the Edinburgh Fringe. 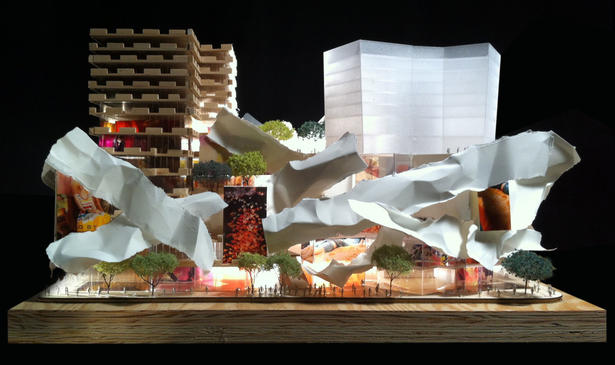 Equally big news was Mirvish’s weekend announcement of plans to to tear down the 2,500 seat Princess of Wales theatre and replace it with a modern art gallery, a new campus for OCAD, retail space, and three condo towers – all designed by Frank Gehry who recently revamped the Art Gallery of Ontario. Click for photos of the buildings that will have to go to make it happen.

Anticipating a backlash to this news, Mirvish wrote a personal letter to the media in lieu of the regular press release outlining his reasoning and the Mirvish legacy in the neighbourhood.  Reaction to this announcement was much less generous than the response to the indie theatre season, leading many commentators to question the necessity of tearing down one of the crown jewels of Toronto performing arts.

Some thoughts to consider before critiquing this decision too harshly:

Big theatres in Toronto are in big trouble:

One needs look no further that The City of Toronto’s  Task Force studying what to do with the three municipally owned large-venue theatres: The Sony Centre, The St Lawrence Centre and The Toronto Centre for The Performing Arts, to see that no one really has a clue how to fill these massive venues on a regular basis. Mega-musicals with massive overhead and serious box office started to stop making sense around when Phantom and the original Ragtime left town.

The era of theatre as driven by expensive spectacle is waning. Or at least, Toronto cannot support too many of theses types of productions at one time and some of them now occur in tents on the waterfront and/or involve horses.

There is money in real estate not theatre 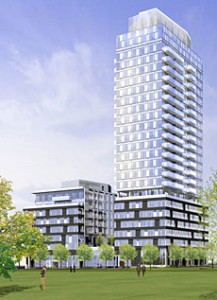 Given the general benefits Mirvish provides the ecosystem – not just the Second Stage Season, but also a partnership with The Toronto Fringe and creator of a new home for Theatre Museum Canada, I’m reticent to go apeshit about the fact they will also transform their properties to create revenue.

Theatre is a sucker’s game if you’re looking to make a buck. How fast did Aubrey Dan burn through $50 Million? Better Mirvish Inc. makes money somewhere else so it can continue to be a healthy and thriving contributor to the theatre community.

It has become quite fashionable to critique condo development as garish cash grabs. Practically speaking, population density is something from which Toronto could benefit more from through social and environmental perspectives. In terms of transportation issues, this density is best added near existing subway stops, which the Mirvish development is.

I’m not arguing for sainthood for building condos, but I don’t think it’s the worst thing in the world right if done right. I would love to see some income geared housing in there to ensure these places don’t become homogenous palaces for the superrich… Hey – you never know!

David Mirvish stated a willingness to build a new theatre if necessary as stated in his letter to the media. Frustration at the loss of The Princess of Wales would probably be better channelled lobbying for something 500 seat-ish that meets the demands of contemporary theatre and audiences to be included in the development.

With TIFF for film, Roy Thompson Hall for music, and a new modern Art Gallery on the strip, King West would be a perfect location for a Gehry-designed permanent home for the newly announced Mirvish/Indie Theatre season.