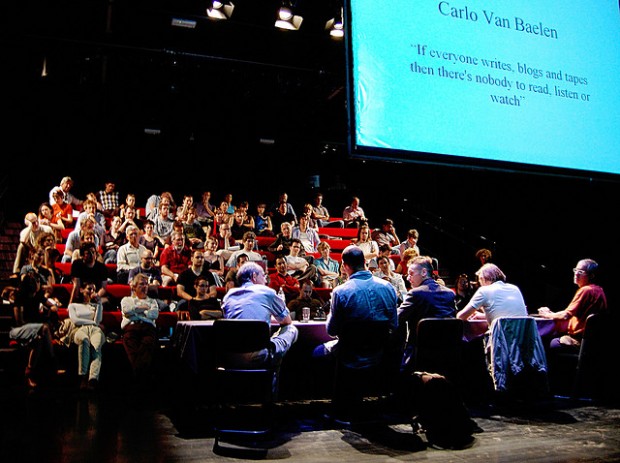 In December last year we announced a new joint initiative with The Theatre Centre called Civil Debates: an opportunity for two speakers from opposite sides of an argument to debate their perspectives for a live audience. It will also be a forum for attendees to participate and vote for their preferred argument.

The topics for the first four debates of the series will be suggested by YOU, the community, via a live installation on January 12 & 13 at the Next Stage Festival’s tent at Factory Theatre.

Click on the image above for all the details, and see you at the beer tent!