Dr. Andrew Irving looks at stories differently than most people.  Whereas many would think of their life story as a series of events, Irving spends more time thinking about what is skipped over.  “Storytelling is like walking,” he suggests, “It’s not a straight line.”  Rather, you skip over non-noteworthy events with each step.

Irving has spent many years collecting the stories of those affected by HIV and Aids—always concerning himself with the gaps between words.  His ethnographic work frequently centres on death, and particularly, the inner worlds of those facing their own mortality or that of another.  How do these people move through space and interact with the world as they undergo “radical changes in being, belief and perception” in confronting the end of life? And how do those thoughts and actions affect other people they happen to come across? These are the questions Irving’s research has explored in Kampala and New York, respectively.

During his talk in April at the Centre for Imaginative Ethnography Symposium at York University, Irving introduced us to Sandra, an HIV activist from Uganda.  Her story is a fascinating one, and it demonstrates Irving’s process of identifying how one’s outward performance of their inner life directly alters the lives of those around them. 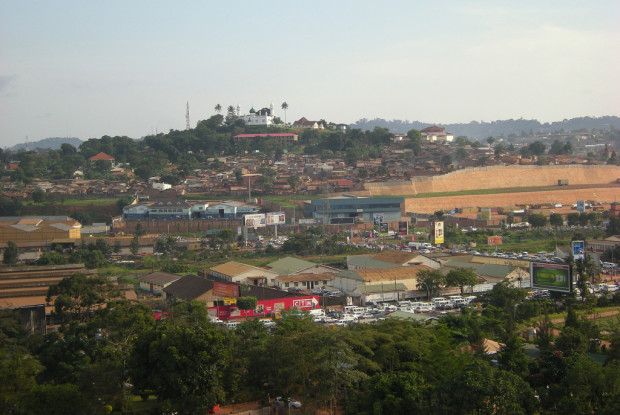 Sandra grew up in a hotel where her father worked; it was a nice home.  At age 17, she eloped with her boyfriend—who turned out to be a Ugandan spy—and moved into a crowded army barrack.  She disliked the place and they eventually moved into a slum community of Kampala with their newborn daughter.  One day, her boyfriend returned home, walked past her into the house without a word, and revealed to her that he had tested positive for HIV.  He had undergone routine testing as part of his military training in Cuba.  He died eight weeks later.  Then his family took Sandra’s baby away from her.

This is the story Sandra recounted to Irving, not just verbally, but also by leading him through each of the significant spaces: the hotel, showing hime the fence through which she and her boyfriend would talk until the early hours of the morning; the barracks, where she likely contracted HIV; and their home in Kampala.  She concluded the story-tour at bed #9, the hospital bed in which her boyfriend passed away.  The site Irving was most concerned with for the purposes of his talk, however, was a piece of grass where Sandra recounted this story to a group of activists from around the world on September 11, 2001.

Emily – By the time I come back next year I hope you’ll have gotten your daughter back.

Sandra – I’m not sure I’ll be around next year.  My health is getting poorer, and I don’t think I have much time left. 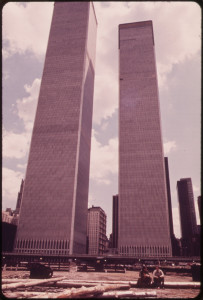 The two women parted, neither having any idea that hours later the World Trade Centre would be struck.  Emily’s father worked in the second tower.  As soon as she heard the news, with no chance of a Ugandan phone call reaching New York in the midst of the chaos, the women at the retreat came together to dance, chant and pray for the well being of Emily’s father.

He did survive.  As it happened, he had been out of his office that morning.  When Emily got the news, she went to Sandra and told her that her father would pay for her retroviral medication, so she would live to see her daughter again (at this point, according to Irving, retroviral meds cost four times the monthly salary of a university lecturer, making them inaccessible to most of the continent).

Both Sandra and Emily recounted this same story with large degrees of difference both in terms of where, spatially, this final conversation took place, and in Emily’s motivation (in Sandra’s version, there was far more of a religious impetus—in Emily’s version, she acknowledged that she’s an atheist, but nonetheless felt as though the women’s actions “did something”), but the facts are the same:

This story highlights the large consequences of small, everyday, even subconscious actions—events that Irving sees as exposing the limits of contingency between individuals.  These contingencies, suggests Irving, inevitably bring us to the limits of logic and into the realms of the uncanny, the inexplicable, and the metaphysical.  When we reach these points, the only response is to pencil in a narrative that ascribes meaning to the events.

According to Irving, there are three ways in which we shape the events of the world:

Take Neil from New York as another example.  He lived near a drag cabaret restaurant at West 52nd Street called Lucky Chengs (which has since closed.)  This was a bathhouse when Neil arrived in New York—it is also the place where he believes he contracted HIV.  So, as revealed to Irving during another personal-narrative walking tour, Neil quite often walks two extra blocks on his way to the subway station so as to avoid walking past Lucky Chengs—a move that often puts the memory of that place more firmly in his mind by consciously avoiding it.

From the experiences of Sandra, Emily, Neil and others, it became clear that so many of our external, performed actions are based on these inner worlds and private narratives.

There is so much to learn about the visible world from our invisible motivations and vice versa.  Quite simply: Neil’s thoughts shape his interaction with the city, which in turn, shapes the urban environment itself.  This reality got Irving asking a simple question of the people he encounters on the street: what is this person thinking?

Inspired by Joyce and other modernist writers who explore the city through inner monologues made up of perpetually inchoate thoughts, Dr. Irving took to the streets of New York to examine the city through its residents’ inner lives in a project called New York Stories: The Lives of Other Citizens.  He asked strangers to wear a microphone and continue on their way while speaking their thoughts out loud.

The resulting recordings are complex tales of people preoccupied with everything from their friend with a recent cancer diagnosis to the smell of noodles wafting onto the sidewalk.  What I find most interesting is the different timbre of dialogue as the strangers move through different spaces.  The project purposely looked at different environments—parks, intersections, bridges, etc—all revealing a unique rhythm both in thought and action.

Inner worlds remain largely unaccounted for in the humanities and social sciences, and since thought/emotion/sensation is simultaneous, the project of charting it at any given moment is quite impossible.  But the hope is that in accessing even glimpses of interiority, it might be possible to see more than half a story—to fill in the gaps between the words, and the space that is stepped over.

Kallee is a graduate student in theatre and performance studies at York University. She’s most interested in the intersection between contemporary choreography and neo-liberal politics, and has a cat named Lucy.