Dispatches from the booth: the Dora edition 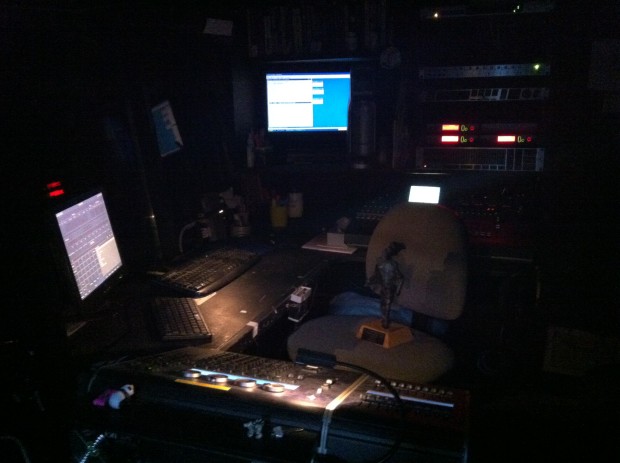 Well, hello, Toronto Theatre Community! It’s Pip again, sending you another dispatch from the booth of the Tarragon Mainspace. It’s been a while, hasn’t it? I’ve missed y’all.

Once again, the most wonderful time of the year is upon us. I am not speaking, as Andy Williams was, of Christmas, nor of the start of the school year, as the Staples commercials would have us believe. No, friends, the Dora Mavor Moore Awards are upon us, and it’s time once again for us to gather as a community, celebrate the best work of the season, mutter about who was robbed, and get shit-faced drunk with all of our friends and colleagues.

But looking at all the nominations that have been posted, can we not all agree that among the many worthy commendations, there were a few categories missing? That there is some work missing from the roll call of excellence this season? That perhaps 50 awards are just, at the end of the day, not enough? Allow me to stand before you and say that I believe they are not.

These, in my humble opinion, are some of the awards I would like to see added to the Doras next season.

I think it’s time we recognized all those people who put so much time and effort into building shows that have very little to recommend them except the opportunity for said artists to put on a show. I think we can all agree that the most difficult part of this project would be deciding the criteria by which it will be judged. What ratio of art to vanity makes for a truly great vanity project?

Outstandingly Irritating Warm-Up By An Actor Or Actress

Stage managers, technicians, and front of house staff are invited to submit videos to the jurors for their consideration.

Don’t you think it’s time that we recognized the most important people in the arts – the patrons who consume it? The best part is that this award may be given with full irony, so it could go to either the person who was actually a doctor in the house, or the woman who called your front of house manager an anti-Semite because he wouldn’t let her bring a cookie into the theatre. Imagine the suspense!

The Milford Award for Best Technician

Because the best technician, like a Milford Man, is neither seen nor heard, actually showing up to accept this award is considered grounds to revoke it. (BONUS: One fewer acceptance speech to sit through!)

I mostly just hope that by making this an awardable category, my Facebook feed will become more interesting and less full of uninspired pleading.

Outstanding Efforts Made In Drunkeness At The Postshow Party

Last man standing at the postshow party receives a bucket with a clown on it, and an extra-large poutine.

Oh, let’s face it: it’ll be 2054 and all actors will be holograms performing on a VR stage before there’s a video award at the Doras.

I’ll see you all on Monday evening, gentle readers. Happy Dora Awards, and may the odds be ever in your favour! 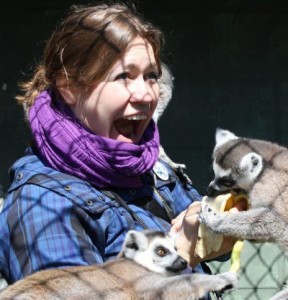 Sarah ‘Pip’ Bradford is the Mainspace Technician of Tarragon Theatre and a lemur enthusiast. She blogs here (tips from pip) and here (The Christopher Pike Project), and also live tweets really bad books @pipbradford #pipreads. She may make fun, but she unabashedly loves the Doras, and she can’t wait to see them again.