It shouldn’t be easy… 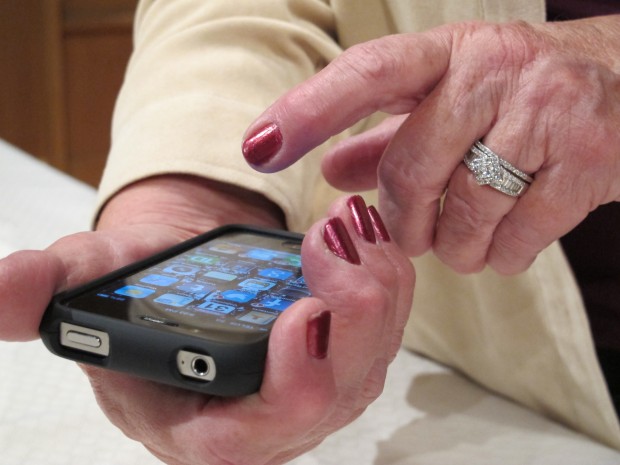 Good morning Internet! I’m Rob—the director and co-creator of #legacy at HATCH this year. #legacy is a performance project that features three women over 65, all of whom are new to Twitter, and all of whom don’t identify as artists. I love working in community and educational settings, and this project provides me with an opportunity to put that work into a professional arts context. I am truly fortunate to have their trust, and the trust and support of the HATCH/Harbourfront Centre team.

When I developed the project idea for #legacy, I think I thought it would be easy. Not “easy” in a this-will-happen-without-crisis kind of way but more of a this-can’t-possibly-fail-artistically kind of way. I suppose that’s pretentious of me. In my opinion, one should always enter an artistic project with a little bit of fear. A little bit of concern that it won’t go well, or it will all fall apart. That kind of fear is healthy—it makes you work harder and makes you more accountable to yourself. But I didn’t have that kind of fear this time around. What I had was confidence: seniors-on-Twitter-while-talking-about-legacy confidence. And surely that couldn’t fail.

But my idea that it will be easy is long gone. You see, all three of my co-creators and performers have joined Twitter and all three have a pretty good idea of how to use it (though I did do a bit of a “refresher” course today). You should follow them. Joan is @Joan_Belford2, Donna is @mccroq and Judith is @judith_dove. They’re smart, and willing to learn more about how to be effective Tweeters. So that part is working.

All three of them have written beautiful, poignant, hilarious and heartfelt reflections on the very nature of legacy, and what it has meant to them. And what it might mean to them in the future. They are sharing so much of themselves, and so much of their wisdom. It’s incredibly raw source material.

And I’ve begun crafting it into a sort-of script, alongside the help of my dear friend and dramaturg Samantha Serles. Beth Kates has started to shape the visual landscape of the piece—a virtual bounty of technological riches.

But despite all of that positivity, it’s not “easy”. I think it can’t be. Not even in the everyone-gets-along-so-well-that-collaboration-is-the-best kind of way (even though that’s true). Easy isn’t what this project requires. There’s a version of it that could be done in that way, sure, but what we’ve begun doing instead is asking hard questions, delving deep, understanding more about ourselves, about the way that art is made, and likely making some mistakes. I know all of this sounds a lot like navel-gazing, and that it really represents my meanderings about the artistic process, but it’s also true. This version of the project results in pauses in the conversation, the occasional tear, the incredible risk of writing something down that might not make you feel good.

This is the first of a number of blog posts about this project—and among the first of many about this year’s HATCH 2014 season. You should come to all of the work, because it represents some fascinating artistic explorations. But you should also come because nothing that you’ll see is easy. And I think that’s probably a good thing.