The Making of Not-A-Play: All the Stage is a World 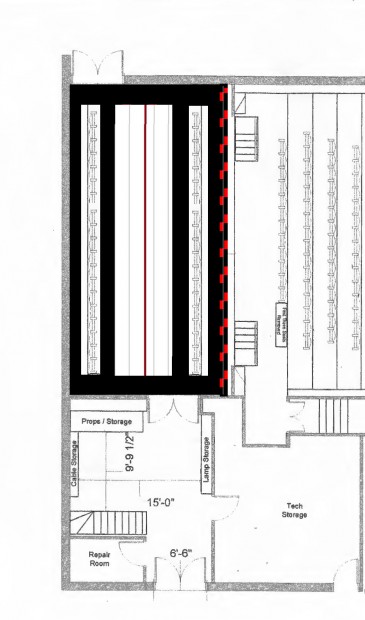 If the difference between performance and any other medium is the folding together of the time of the making of the work with that of its showing, the difference between theatre and performance art might be a similar folding together of the space that separates the public and the performers. In The Ballad of ____ B, the stage is a world shared by artists and audience. The seating area of the Harbourfront Studio Theatre will be closed, the curtains will be drawn on the stage, and the public will inhabit the space of the action as they experience it. Two rows of seats will flank the performance space.

The audience may sit or stand, or walk around as the piece takes place. The images on this post come from a series of Photoshop studies attempting to figure out different spatial configurations for the piece. While the history of drama likely has many precedents for this kind of rearrangement of theatrical space, for me, from the perspective of visual art, this approach comes from a desire to import conventions of action art as a way to try to think about the theatre as a specific site: performance in the expanded field. 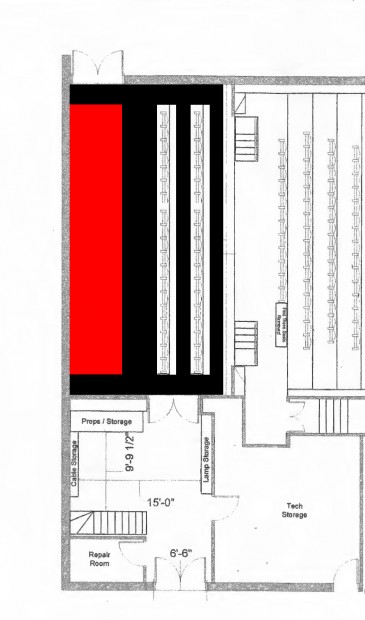 In action art, audiences are conventionally invited to approach the performance in the same way they would approach any other work of visual art:  the piece is structured through a conceptual process or a succession of actions that build up to a tableau rather than through narrative. This allows the audience to wander around the piece, to weave in and out of it as they walk around the gallery. In the type of durational practices that I’m most familiar with, time itself becomes the tread, and the experience of the performance is often the contemplative witnessing of the making of piece. For some people, this experience might be just a couple of minutes, and for others, it may be as long as the work itself. 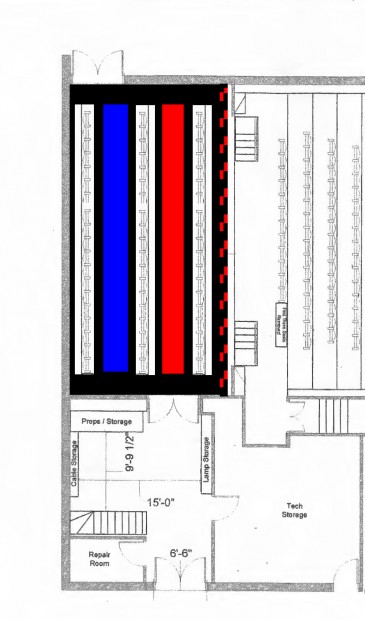 Toronto has a legendary history of durational work. Paul Couillard, whose own work as an international artist has extended over the course of days and months, curated a series of long-form live works called TIME TIME TIME for FADO Performance Art Centre in 1999.  One of the artists in the series, Tanya Mars, has a trajectory that has ranged from early cabaret-based and multimedia theatrical pieces to the monumental tableaus of her oeuvre over the last 15 years. Indeed, FADO just recently focused its Emerging Artist Series on the ways duration is being used by a generation of younger artists. 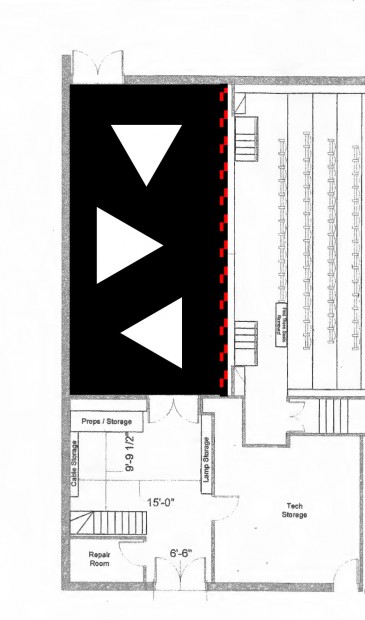 As part of that generation, I’m interested in thinking about performance in the expanded field as a practice where the hierarchy between theatre and performance is reframed into a palette with the broadest range of possibilities, where the combination of bodies, time, and space can be applied in ways that respond and propose specifically in terms of the situation at hand.

« The Making of BroadFish: How I encountered Anita Chakraburtty
Design Team Work-in-Progress »