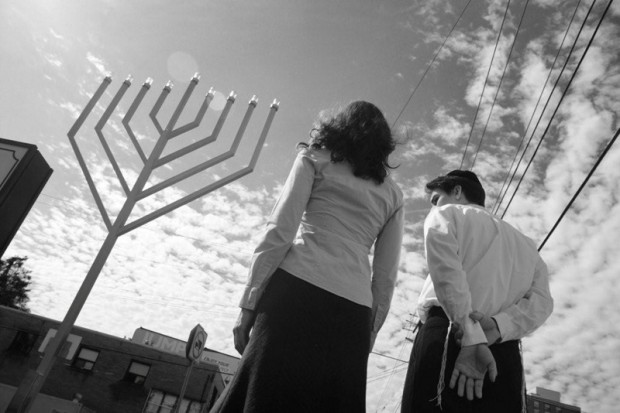 As first reported in The Toronto Star, The Harold Green Theatre Company has pulled $50,000 in funding seven weeks befrore the curtain of the Convergance Theatre production of Yichud/Seclusion at Theatre Passe Muraille, after a major funder got a hold of the script and decided “the material might be misconstrued”.

In a scathing article on NOW Daily yesterday, Susan G.Cole called into question the ability of the company to remain artistically relevant in the wake of that decision:

But if Jewish artistic institutions narrow their vision in such a way that Jewish artists cannot produce thoughtful work probing the situation in Israel or in Orthodox Jewish homes or anywhere inside the Jewish community, exactly what kind of art do they think is going to get produced. And do the folks at Harold Green really think that, after this debacle, Jewish playwrights who matter will even consider affiliating with the theatre?

Next up for the Harold Green: a December 15th deadline for playwrights to submit to “In The Beginning: A Jewish Playwright Festival” which “aims to open the door for groundbreaking Jewish voices that challenge the Jewish perspective.” Note to playwrights – groundbreaking and challenge may not have the meaning you are used to in this context.

Meanwhile, Passe Muraille and Convergence have managed to salvage their co-production with some amazing fundraising, but they had to cut a full week of rehearsals to make the new smaller budget fly. They’re still fundraising in an effort to get back that key week you need to make good art great.

You can make a donation though Canada Helps here.