Director in Training: So THAT’S why they call it Progress Lab 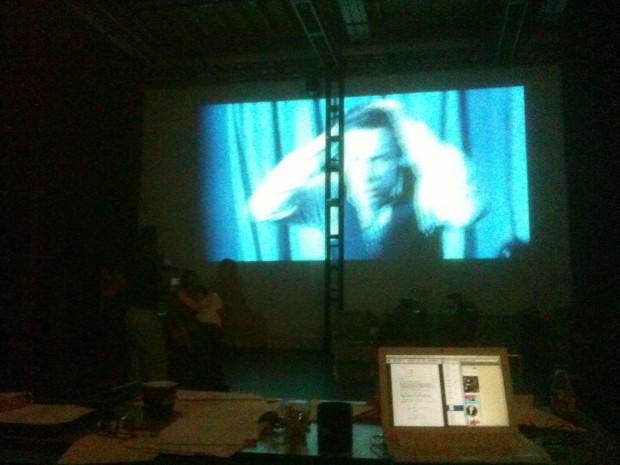 The rehearsal studio at Progress Lab 1422 has three story ceilings and comes with its own grid, kitchen, conference room and private bathrooms

I am a little flummoxed about how to communicate what has transpired in Tear The Curtain! rehearsals over the past few weeks. It has been hectic, inspiring, and I can’t wait for audiences to see this thing once all the pieces have been put together. Like lead character and theatre critic Alex Braithwaite, all my thoughts are in fragments and there may not be a clear connection between them:

*Now that Tear The Curtain has loaded out, another Progress Lab founder and tenant Boca Del Lupo will spend three months building their new show PHOTOG: an imaginary look at the uncompromising life of Thomas Smith that will be presented as part of World Stage at Harbourfront Centre. Note to self: Infrastructure increases capabilities/possibilities/opportunities.

Next week: Teching the impossible at the Stanley Theatre