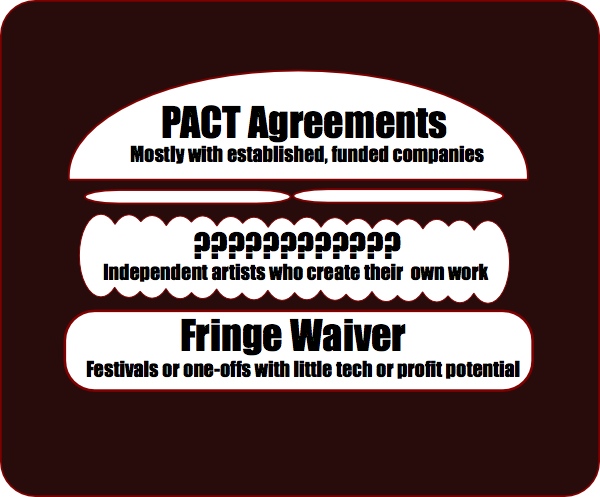 Many theatre artists would like to eat all parts of this hamburger over the course of a given year. Right now its made with mystery meat, but CAEA wants to hear your thoughts on a new recipe.

If you are a member of CAEA and want to have a say in how you create your own work, the most important email you will ever receive on this topic will arrive in your mailbox starting on Wednesday February 23rd, 2011.

From the “Equiflash” message sent to members last week:

“Members with an active email address on file with the office will receive notification and instructions, directly from Leger Marketing, beginning on February 23. In order to speed processing and enable the kind of analysis that will be needed on the results, this survey will only be conducted electronically.”

“The results of this survey will have a direct impact on policies that will determine Equity’s level of support for small-scale and independent theatre, and this could have a significant impact on your career. We hope you’ll take the time to share your thoughts with us.”

In recent years there has been a nation-wide groundswell of discontent with CAEA’s policies regarding independent artists and their collaborators seeking to make their own work and take control of their careers.

Some examples of this discontent include the formation of The Indie Caucus (2007) which has held four separate public consultations on the topic at various Toronto theatres, Consecutive 96-1 and 42-4 votes at national AGMs (2008-2009) to address the situation, a special packed-house Regional AGM held specifically to discuss the issue (2010), and finally the creation of the Independent Theatre Review Committee (2010) to study the issue and make recommendations.

Eight months after being formed, this committee has taken a single public step:  To send you the email you will receive on Wednesday. The answers from the poll linked in the email will form the basis for the values the committee determines should inform their recommendations.

Translation: Four years after this movement started, this is your biggest chance to impact how independently created work is encouraged and made. Do you think Canadian Theatre is going awesome? Do you think we may have to reshape and rethink the way work is created and contracted in the 21st Century? Or is the current model working well?

Normally this is the stuff artists philosophize about in the green room or over beers or whatever. This survey is your biggest shot at having your thoughts impact the way Canadian Theatre is made, encouraged and how you will participate in that ecosystem. Keep your eyes on your inbox and participate in determining the future practices of your industry. 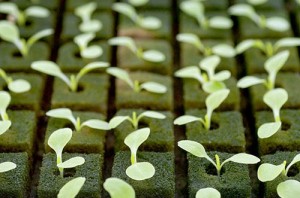 1 Is your email updated with Equity? If they don’t have your latest you won’t receive the survey.

2 Check your junk mail. The email is coming from Leger Marketing, which also did a recent member survey on insurance. Some members found this survey in their junk mail presumably because it came as a mass-mailing from an unknown sender.

* The Indie Caucus takes no responsibility for members who don’t fill out the survey, are unhappy with their options as artists in five years time, complain about this fact, and are smitten instantly by a thunderbolt.

« New loophole to get out of all your Rogers contracts today with no penalties?
“The ROI on Social Media is that your business will exist in 5 years.” »