Luminato walks away from Toronto theatre 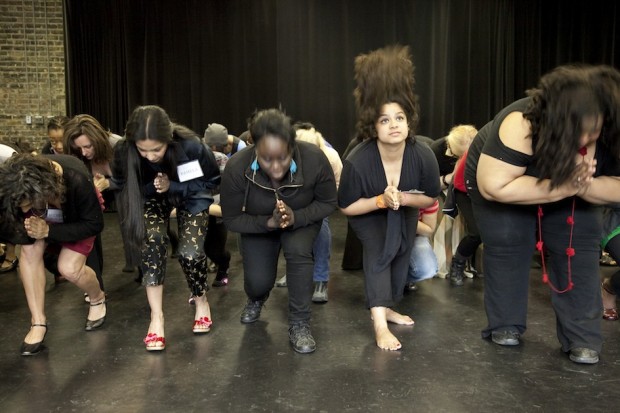 In 2011, Luminato had multiple local shows including Necessary Angel's Tout Comme Elle, pictured above, which had a cast of 50 Toronto theatre artists.

Welcome to the re-vamped praxistheatre.com. It was almost four years ago that I wrote my first major post for Praxis. It was titled Lumi-not-go and was a response to the festival not being responsive to what the needs of the artistic community needed when it invented itself one fine morning. It was followed up by a critique that looked at how else the money used to create the festival could be spent titled, How Luminato Failed Toronto.  Yes, I have been ripping off Mike Daisey for that long.

A lot has happened in this space and my involvement with Luminato since that time. I  ended up working over three years at different times as Artistic Producer in Training, Online Coordinator and Assistant Director on Volcano Theatre’s The Africa Trilogy, which was likely Luminato’s most successful locally created work. The festival put real money over an extended period of time into a piece of theatre that combined international calibre directors and playwrights with local actors and designers in a massive experiment that was the hit of the festival. I blogged the heck out of it on praxistheatre.com.

The whole thing went so well that last year Luminato invited me back to do a seminar for staff on effective cultural blogging, especially in support of the multiple local shows in the festival. It was a feel-good story about how a critique can lead to the incorporation of real change. It felt like Luminato had listened to the community that it was supposed to foster and be a part of.

All of that seems to have gone out the window with Wednesday’s announcement that Luminato would have zero local content in the theatre, dance and opera department in 2012. It’s like they completely forgot that they live in and are part of a community (again). Until major organizations recognize they are part of a larger ecosystem and have a role to play, we’re probably doomed to mediocrity.  Do they not see renting talent instead of growing it is an unwise investment?

When The Playhouse closes in Vancouver, the silver lining that no one wants to talk about is those public funds that support it can go back into the pot at least. When Luminato operates this way – which I’m sure the Heritage Minister will cite later as increased funding – we lose twice. No opportunity – and less access to investment to do it ourselves. 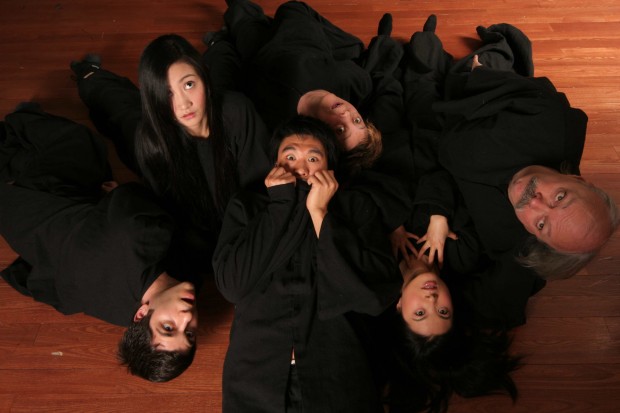 The other big losers are Torontonians. High-end theatrical performances tend to be quite expensive, so you better have some cash if they want to see Robert Wilson and Philip Glass re-live past glory. Meanwhile the local talent that exists here the other 355 days of the year will be no better off than before. Paying top dollar for high-end touring acts does not make you a world class city, don’t let a free concert or two fool you. What does it say to the world that we don’t even care to promote or present our own theatre? It does not scream sophistication.

Luminato has a new Artistic Director this year, Jorn Weisbrodt. Much of what we’re seeing is not his choosing, although it will be his job to stand behind it. His quote on the homepage of the Luminato website seems to indicate that programming work from Toronto is something he sees as part of his mandate:

“Luminato is Toronto’s fifth season when the festival stages the best of our city and invites the world to celebrate and transform it with us.” (Emphasis added)

My question for him is quite simple: Where from Toronto stages is “best of our city” at Luminato in 2012? The question for us is: How do we reach him so he will seriously consider the role of Luminato in the context of the community and cultural ecosystem the organization exists in?

It’s time to start the business of investing in local talent and actually making Toronto a hotbed of groundbreaking works 365 days a year. This is going to be messy, confusing, non-linear, and wholly worth it if key players would show the leadership to make it happen.

*The updated and upgraded praxistheatre.com is brought to you by the incomparable Graham F Scott. Thanks Graham. You Rock.