Some fallout from ‘the old farts’ 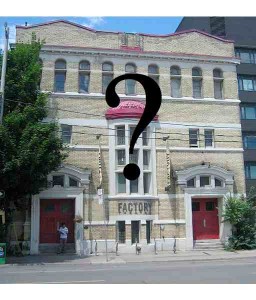 Last week traffic to praxistheatre.com exploded when we re-published David Ferry’s Facebook letter asking the under thirty-five set why they were not outraged by the firing of Ken Gass as Artistic Director at Factory Theatre.

When Praxis Artistic Producer Aislinn Rose responded with a letter of her own, this went to a whole new level, with more people coming to the site in one day than saw all three of the shows we presented in 2011 combined.

The pieces, as well as the intelligent and thoughtful comments that followed them have motivated a few responses on the internet:

* Producer and marketer Sue Edworthy put together a Wordle for all four of the major notes written on the subject including Facebook notes by Chris Coculuzzi and Lisa Norton.

* U of T theatre prof Holger Syme related the conversation to some observations he has had on Toronto theatre lately. The two big ones: 1)Where are the young people on our stages? 2) Where is our classical work outside of Stratford and Shaw?

* Director and Artistic Director Jacob Zimmer used the Small Wooden Shoe blog to reference this conversation and also apply for the position of Factory Theatre Artistic Director. One condition: The Board of Directors must resign by the end of the year.

* A number of prominent artists are calling for a boycott of The Factory Theatre. They have set up a website: savethefactory.ca which outlines why. In reference to artists boycotting the theatre’s season, Ken Gass had this to say in the comments of a recent Torontoist article on the story:

I just want to make clear, I would NEVER ask artists to pull their work from the season, no matter who is running the theatre. […] there are many arenas of protest other than ones that will impact on the financial welfare of artists.

« On the road to the Directors Project
Some summertime vids »