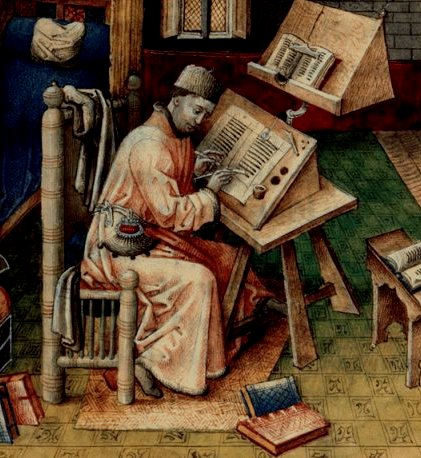 We felt lucky to receive this letter from Sarah Garton Stanley a week ago. We hope you will agree it makes some salient points about lists and the quantification and qualification of culture into singular lists. It also had us thinking about the anti-ness of this site. If this becomes a definitive space for singular (read: institutional) truth, then it probably isn’t the alternative status-quo challenging place it once was when it began by asking various artists “What the fuck is going on?”

So embedded in this letter is a call to action: For each of us to make our own lists. To create our own personal understandings of theatre history and to allow this multiplicity of expression and perspective to inform our understanding of where this art form has been so far. We think this is a worthy objective in 2013, when each of us has access to self-publishing tools and the opportunity to communicate our own values, experience and reality.

Everybody knows that it is not THE list, right? That it is just A list. Right? I mean everybody knows a play is still worthy if it is not nominated for an award. I mean we all KNOW this, right?

I was running the other morning and feeling blissed out on eve-ish of my 50th birthday, that I still can. And bliss led to a great opening of “thinking space”, and the unlocking of something that had been eating at me since the first publishing of Jordan’s list, but this gentle “eating at me” sensation had – my bliss was telling me – begun to transform into a background kind of rage. What was going on? I realized that it was as a result of watching the slow motion shift from Jordan’s awesome list into a largely un-authored list that now sits authoritatively on the Praxis Website. (The pun was not intended but I need to let it stand as the irony is worth considering.)

Initially I was super-charmed by Jordan’s list. Then I was saddened that more of my work was not represented on the list. (After all I won the drama prize in high school, so where is my prize here?) I tried to respond on Twitter because I really felt – personal ouches aside -that I wanted to see DNA’s The Last Supper on that list. My suggestion didn’t– as far as I know – get picked up on the social media trawling nets so I will restate it here[1]. This play, DNA’s The Last Supper, was a stunning piece of art and meditation, and it spoke to the angst of a generation, and the loss that comes with it.  Watching it made me feel as though I had been in the space of a tremendous spirit. And actually I was, as not only was there an abundance of regular genius in this piece, there was also the last breaths of Ken MacDougall being shared with a community. So I am writing this letter to you because you are people that I admire, and I want you to know about this terrific show.

But also, I was aware as to my feelings of jealousy. Why? Because by making this initial generous list, stating your sense of what’s important, and watching your capacity to put your great ideas into action are truly exciting. So of course, this makes me jealous! And jealousy leads to action. Covertly like Iago, or with gusto and embarrassment as I am endeavouring to display here.  But jealousy also pours the foundations of a very deep arts crush. I am a fan of your writing, I love the energy you have given to an arts movement in the Toronto, with Videofag, amid other pursuits, and you seem completely generous and charming. All great relationships operate on a bit of jealousy. So…I hope you will forgive mine.

Because truth be told, I thought the act of your list was genius generous. My mum passed away a little over a year ago from alzheimer’s dementia. In her final months she lit up like the Las Vegas Strip when I walked into the room, but she did not know my name. My sense of her love for me was assured but I could not rely on her “remembering” me in a substantive sense of the word memory. I think it is why, throughout history, we humans have gasped for breath when we realize “shit! The past is slipping” Shit! Get it down.

I just completed my MA in Cultural Studies at Queen’s University. I was interested in failure, and how it finds its way into performance creation. I ruminated on how failure impacts a collective sense of time, and whether or not it can be parsed as an active ingredient into a creation tool kit. While studying I came to understand the importance of historiography. I came to see that there are concurrent histories being written but that it is  – ultimately – power that decides what “history” will look like in the future. And it is because of this –finally – that I felt the need to respond, and, thanks to a great Sunday morning run, found the keys to unlock the “how to” do and the “why”.

My initial response to the first action of you publishing/sharing your anti-canon went like this: “Oh Wow. Cool. Where is this play? Hunh! I wonder how many of these he has seen? Really? Oh! I had forgotten about that one. Cool, (again), Jordan is brilliant. I am so jealous”

This more considered response comes as a result of the migration of the list to the Praxis Website. Not only is the list now called the Anti Canon List and referred to across media platforms as such, but the mechanics (such an old school term in light of Social Media platforms)[2] are now in place to send countless iterations of something that started as A list (Jordan Tanahill’s list) and is now becoming THE list (published by Praxis). And I wonder what might happen if we (the great unpublished would-be list makers), followed you into this list making madness, and made our own lists. Maybe I am just using all these words to give myself permission to do just this. To not feel oppressed by the choices that are being made outside of my choosing.

Don’t get me wrong, I was really happy to see the initial list but I am also interested in who is responsible for the additions. I am interested in the additions too, but it is the opinions that get them on the list. And those opinions get lost when the list gets quoted, and referred to. When history chooses. Perhaps this period in history could be seen, then, as a group of lists, as a period where author takes precedence over authoritative. Seems like a worthy goal.

When one of my earliest theatre companies took flight, I wrote an article in the CTR. It was about the production of Romeo and Juliet that we did underneath the Bathurst Street Bridge. The article was called “Permission Granted”. I recently encountered the article and was touched by its innocence. And yet, I was already a few years older than you are now Jordan. But I see now, again, that permission remains central to all of our efforts and work as artists. We must constantly give ourselves permission. No one else will. Jordan you have reminded me of this. I am so grateful.

So on my list, Sarah Garton Stanley’s list, I include and acknowledge the great list that Jordan Tanahill initially made and now offer these additions as my own:

This makes my list incomplete. Things I loved not mentioned because Jordan’s list already did. Or things I loved too much not to leave on a second time. Really my list stands as an honest attempt to respond to Jordan’s proposition of the anti-canonical idea. I take this to mean “the off mainstream rememberings” of Canadian Theatre History. But I also think it has something to do with things we have loved and lost. I will keep thinking of new plays to add to my list and will use the “competitiveness of performance creation” that LeCoq taught so brilliantly, to see how my list can grow, based on what gets missed elsewhere.

So my proposal is this; keep it as your list Jordan. And Praxis, see if you can house the many lists of individuals. It is, ultimately, an impossible project. But it would be nice to slow the move to gospel, to take some time hearing from as many peoples as possible, and so I am also challenging everybody who is interested, to make their own list, and to get it out there. And Praxis and Jordan, I am hoping you will consider renaming the list on the Praxis Website with the addition of Jordan’s name. So that all of the people who feel left out, and who are not emboldened enough (for all kinds of good reasons) to add their loves to the pile, will know that it is not THE list but just A list.

I have an arts crush on Jordan. And with this crush I have chosen to follow his lead.

There is a wonderful Ted Talks about leadership. It is called How to Start a Movement and the speaker is Derek Sivers:

I recommend you give it a watch as it has bearing on my writing this response.

PS: In high school we were allowed to vote for ourselves for the drama prize. I did. And I have always wondered if I would have won had I not. I will never know.

[1] Jordan recently pointed out that he had responded to this. I missed this progression.

[2] See how smart Walter Benjamin was? Still relevant  -if only in an iterative sense – after all these years.