Why a Ballad? – Refugee Politics, Poetics, and the Need for Re-distribution 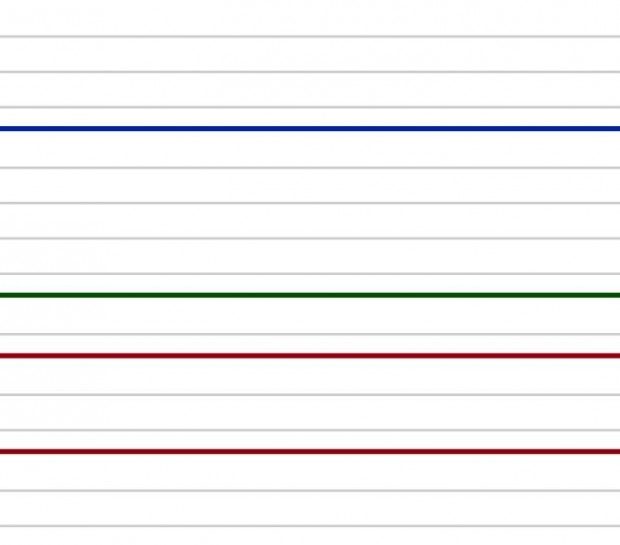 Last week, I began to talk about the move towards narrative in my work in relationship to two strategies: spacing and redistribution. Today’s post focuses on redistribution. The strategy is a response to the conceptual concerns of The Ballad of _____ B. The performance deals with the circulation of stories of migration in the context of Canada in the early 21st century. The story in this case comes from an appropriated text that tells my teenage refugee story re-imagined as a vocabulary lesson; a random, wonderful, and disturbing find. The move towards narrative is, then, a move towards autobiography, and for me, reluctant move. How to do the necessary work of reclaiming and presenting (rather than simply re-presenting) this narrative now that time has taken place and I am an adult, a Canadian, and an artist?

An attempt to embody ______ B in a simple, autobiographical theatrical staging would be disingenuous. I am aware and critical of the ways in which refugee stories become instruments for the legitimization of political claims on both sides of the immigration debate. Conservative rhetoric here in Canada mobilizes the term of ‘bogus refugees’ to justify an overhaul of Canadian immigration law that in practical terms amounts to a closing of national borders to people in need of protection.

But how can the bodies of the people who make a claim for protection prove that they are ‘true’ refugees? There is a demand for the voice of the refugee to be clear and coherent, a demand to narrate the self only as a sign to be clearly read, to have their voice, and indeed their body serve as evidence to justify their claim. Failure to make oneself readable in a unified manner, and in the clearest of terms, often results in accusations of being ‘bogus.’ refugees may be quoted against themselves in an attempt to point to inconsistencies in their stories.

Think of the controversy over Rigoberta Menchu’s memoir. No nice multicultural storytelling here. Perhaps I am reluctant to narrative because I have seen it be used as a weapon. There is no room for the kind of abstraction associated with the aesthetic experience of memory in a refugee hearing. There is no room to think of the figure of the refugee outside of their displacement and their need for protection. These demands contain the speech of the refugee figure in the realm of prose. Here, echoes of Audre Lorde should remind us that poetry is not a luxury.

The ‘scenes’ in The Ballad of _____ B will be scored through a series of found texts that deal in one way or another with narratives of displacement. The text from the vocabulary lesson will be reworked through the form of the ballad. The sentences will be broken up from their paragraph form into eight- and six- syllable lines that alternate in an ABCB shape. Other scenes will have other strategies. I think of this as a move to re-distribute the texts from their prosaic and evidentiary role into something else, something that allows for the possibility of abstraction.

I also want to experiment with the redistribution of the embodiment of the character, from the singular to the collective, giving _____ B many bodies and many voices. I invited fellow artists Manolo Lugo and Maryam Taghavi to perform the work with me. 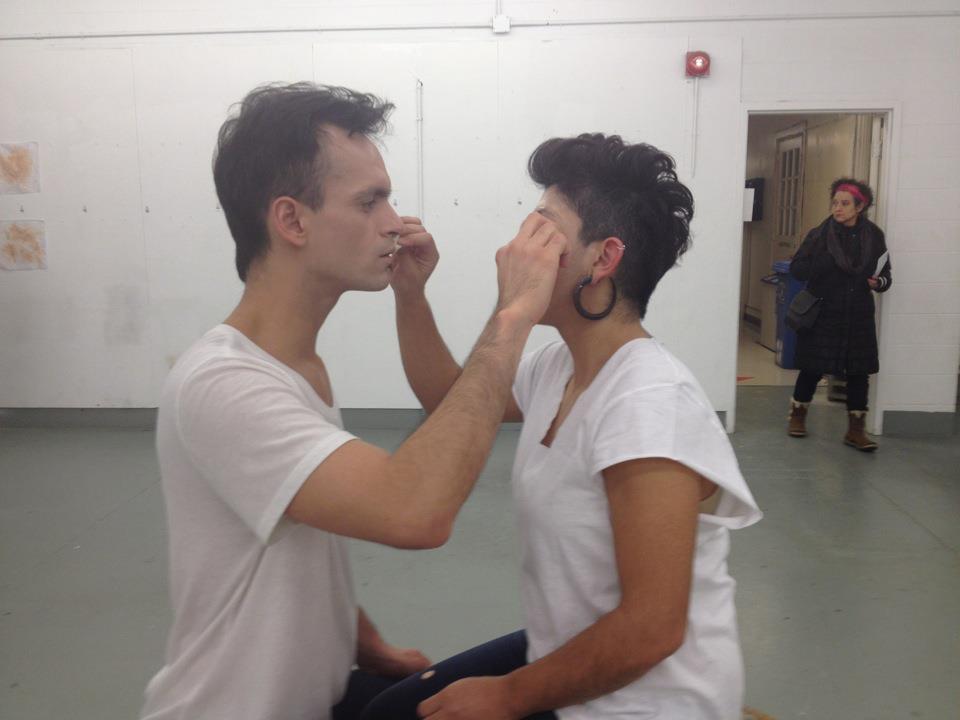 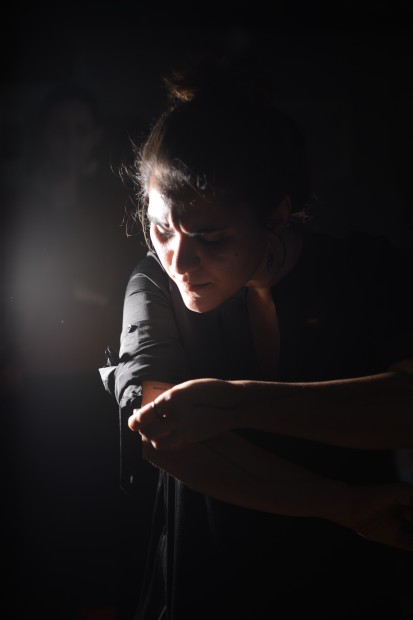 Maryam Taghavi is an Iranian-Canadian artist with a  BFA from Emily Carr University and has since her graduation in 2008, worked as an artist and artist assistant.  Performance has been central  to her practice, nevertheless she employs photography, drawing, and installation in the research and production of her work as well. The body is the site of her investigation and production.  She has participated in a number of exhibitions in Canada, Iran, and Mexico and currently serves on the board of FADO performance art and FUSE magazine. In  2014 Maryam Taghavi and Zoya Honarmand  launched jä be jä, an online residency project that facilitates an ongoing dialogue between artists from Iran and artists from Canada.

Next week, I will write about how the idea of redistribution will extend to the audience through online interaction.

« Feminist Bride?
The danger of a hashtag »