An open letter to some of the old farts

You are absolutely right: “The issue is far larger than the firing of one AD”.

This is perhaps why you don’t see as many young members of our arts community getting up in arms about the firing of one AD as you might like. It’s not because we’re apathetic, it’s because we’re busy fighting those bigger issues and making art.

We’re opposing our governments at all levels. There are those who wish to corporatize the arts, and those who wish to politicize them, either by cutting funding or by moving resources away from arms-length funding bodies and into community events and festivals where the risk of political or dissenting art is low. And, in some cases, not allowed. 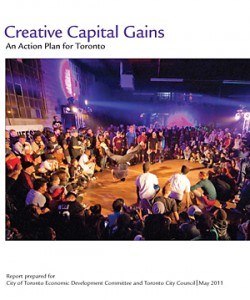 We’re engaging in municipal processes that are supposed to be about creating new culture plans for our city, to determine cultural priorities, how money should be invested, how best to build and maintain a cultural ecology. We wrote about those consultations extensively here on praxistheatre.com. While I tweeted live from many of them, I was surrounded by young, active, vocal members of our community. Though I must say, it is rather dispiriting to realize you’ve been invited to contribute to a document that was written before you arrived.

Throughout those rooms the voices present asked that the city talk about art not just in terms of financial investment and return, but about the less tangible contributions that a healthy cultural community can offer a vibrant city. You’ll not see any of those voices included in the new culture plan. When it became clear that any voices in opposition to “creative class theory” would not be included in the report, I asked that my name be removed from the “Consultation Participant List”. I was not consulted, and nor were many of the people in those rooms.

We’ve been speaking up about our own professional association that was built based on old models of making work that no longer reflect today’s realities. Young artists often find the Canadian Actors’ Equity Association to be one of the biggest roadblocks to the development of their work, another issue we’ve written about extensively. You’ll find no apathy on this topic. Younger artists have been working together for years to bring change to this important but out-dated organization, and that work is hopefully about to pay off, despite the fact that some of the old farts have been vocally opposed to reforms that would empower the younger generation of theatre-makers.

The Toronto Indie Caucus is made up of “emerging” and “submerging” artists alike and populated by some of the most driven and passionate young people in this community, and it continues to grow. The work of these artists has contributed to some highly significant votes for change within the association, the development of an Independent Theatre Review Committee, and a possible new indie agreement on the horizon. Let’s hope these extensive consultations to which we have lent our voices will actually take those voices to heart.

We have also spoken out about Luminato, our most recently created arts festival. It was not created by a collective of artists, but by two Toronto businessmen who used their connections with the government to get millions of dollars in funding to create an arts festival as a way of luring tourist dollars back to the city after the SARS crisis. They wonder why, after 6 years they’re failing to find a dedicated audience, community support or “brand awareness”, though I don’t suppose I need to remind our readership that their most recent season included no Toronto theatre artists in its lineup.

And finally, we’re fighting those very structural models upon which the Factory Theatre, and companies like it, is based. For years, arts organizations have been forced to fit into a certain mold in order to appease the various funding bodies. So we’ve incorporated, we’ve set ourselves up as not-for-profits, we’ve created our boards of directors, and we’ve gone after charitable status. This worked for a number of years while there was enough money to go around, but that’s no longer the case.

So we’re researching, we’re investigating best practices in other cities, and some of us are working with Arts Action Research in a program called Theatres Leading Change, which is all about discovering new models that are best for the work that we create, and the way we go about creating it.

When we’re asked to consult, we show up. When there are debates and votes happening at City Hall, we’re there too. When Equity tries to bully us, we get together and push for reforms. When our institutional leadership fails us, we speak out.  Also, when elections happen, many of us work our arses off canvassing, letter writing, phone calling, and video-making.

This is not apathy, but a quiet community of passionate and dedicated artists working away at changing what no longer works. I am not silent, I sit on no fence, and I am not complicit. I’m just offering my voice to a different fight.

In “The Empty Spaces, Or, How Theater Failed America”, Mike Daisey had this to say:

“I’ve gone drinking with the artistic directors of the biggest theaters in the country and listened to them explain that they know the system is broken and they feel trapped within it, beholden to board members they’ve made devil’s deals with, shackled to the ship as it goes down. I’ve heard their laughter, heard them call each other dinosaurs, heard them give thanks that they’ll be retired in 10 years.”

So yes, you’re right, this issue is larger than one AD, and those bigger issues are the ones we’re trying to tackle. 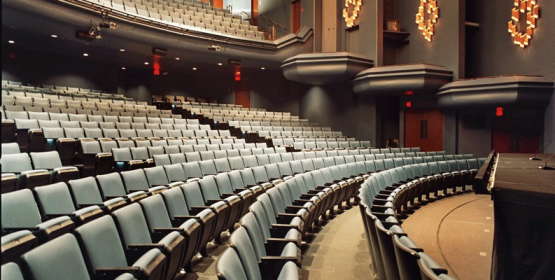 As a result of the City of Toronto’s KPMG Core Service review, and the city’s public consultation process, Council recently voted in favour of looking into selling its city-owned theatres.

Mayor Rob Ford has since created the Mayor’s Task Force – Arts & Culture to investigate the “city’s rationale for owning and operating live theatres”. You can read the announcement of the task force here, and the press release announcing two public consultations on the issue here.

From the press release:

The panelists will investigate the impact of these theatres on the local economy and make recommendations on what changes may be required in terms of their operations to meet the City’s objectives. We will consider a variety of options. As part of the process in making recommendations, we need the input of the community and stakeholders like you.”

Praxis Theatre Artistic Producer Aislinn Rose will be Live Tweeting one of the two public consultation sessions today, from 9:30am to 11:30am at the St. Lawrence Centre for the Arts. Join in the conversation whether you are there too, or following along from home or work.

What you need to know if you’d like to attend in person: