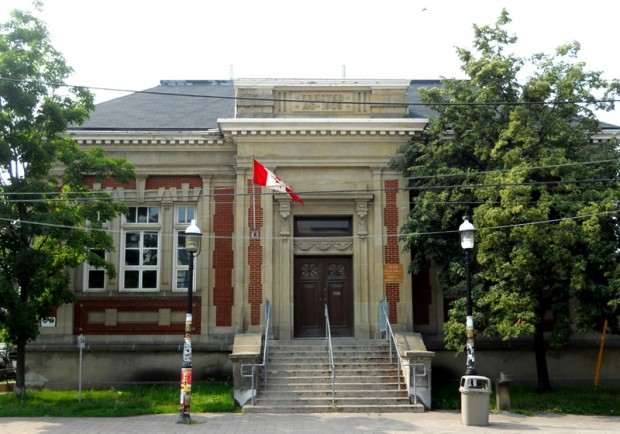 A permanent home for The Theatre Centre

The Theatre Centre has existed in many locations since being founded in 1979, began a research and development program for Toronto indie theatre in 1984, and updated this practice in 2004 to its groundbreaking residency program now in place. It is an established leader in boundary-pushing, innovative and challenging approaches to performance and has nurtured and developed the talents of many of the city’s top artists.

In April, City Council offered the long-term lease of the former Carnegie Library at 1115 Queen Street West to The Theatre Centre as sole tenant. After 48 years of closure to the public, residents of Toronto will be able to enjoy the building once more.  More money still needs to be raised to bring this much needed resource and home for a community into reality, but this first step, and the commitment of a number of key foundations to support this move, is my #1 pick for 2010.

What? Yep. That was this year. Can you believe it? Hoping Canadians wouldn’t notice their democracy being shut down by framing it as a “procedural issue” Prime Minister Stephen Harper prorogued Parliament to avoid questions about the treatment of Afghan detainees and was met with impressive organization online and in the streets. It’s hard to tell what was more heartening: a single Facebook page becoming an overnight organizing megaforce or 200,000 Canadians asserting their right to live in a democracy coast-to-coast with a single voice. It’s a good thing we finally got to the bottom of that whole Afghan detainee thing….Oh – wait a second!?!

For real. This is not a joke and I am not being ironic. Turn your theonion.com filters off for a second: I get it. There was a point in my life where I was ready to start a “Bring Back DiMannoWatch” Facebook Page. Then Rosie became the only reporter in Toronto interested in capital “J” journalism as it related to G20. Instead of recycling myopic statements by subjects with much to hide, DiManno has been doing the work The Toronto Police Force and, well, every other journalist in the city, was unwilling or unable to do. She has already achieved tangible results by bringing the facts to a place where the public can interact with them and forced me to remember that human beings are often complicated and contradictory creatures.

Most successful endeavours this year were likely based on your contributions.

Summerworks is one of the most important theatre festivals for new independent performance in the country. Some of the shows produced there may not or may not speak to Conservative values, and the festival may or may not have submitted a grant late at a certain point. None of this changes the important role the festival plays in Canada’s performing arts ecosystem and the opportunity it presents for emerging artist/entrepreneurs to jumpstart their own careers.  The recent move to Queen W. and the inclusion of independent music are also a big plus for making it an event with wide community appeal. 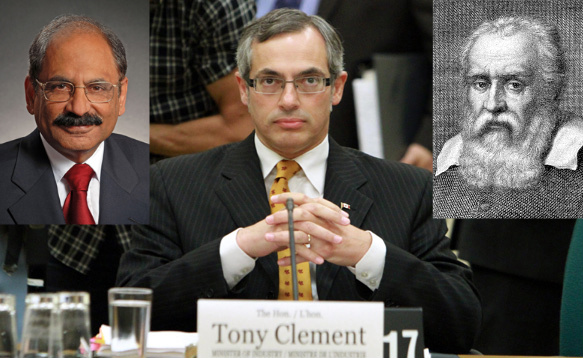 Whatever ideological differences we may have with one another as citizens, it is not acceptable for the government to act as if the Enlightenment didn’t happen. Facts are relevant, data is important and logic can only be ignored at our peril.

An overtime sudden-death goal to win the final gold medal of an Olympic games, at home, simultaneously making your country the one with the most gold medals at the games, and establishing a new record for gold medals by a country at any Olympic winter games. Our grandchildren will be jealous.

I would like to acknowledge the highly subjective “winner” of this category each year in this space. Even though I just interviewed Brendan Gall six weeks ago, if we’re going to base these things on merit, I believe he was also the clear winner of ‘Comment of the Year ’ for his response to our February post: “How Do You Get a Grant?”

The moderate growth of the theatrosphere

Although there is plenty of room for many new projects at the intersection of online tools and performance, 2010 was the year many companies committed to expanding their artistic practice online. From interviews with Studio 180’s creative team, to checking out pics Obsidian Theatre had uploaded of a cast member transforming her appearance, to Alberta Theatre Projects creating an audio mixtape from online submissions, to hearing from a flow of artists creating new work through the ‘My Story’ posts on The Tarragon Theatre Facebook Page – this was a significant year for the integration of social media tools with performance.

It’s still unclear whether any of the funds from the City’s Billboard Tax will reach their original target of “public art” to offset the visual pollution caused by billboard advertising as originally intended, recommended by city staff, and supported by a majority of Torontonians. Ten years from now, the real value of this movement may be the politicization and organization of a generation of artists and community activists.  This is a new cohort of engaged citizenry that understands how to communicate through social and mainstream media and is determined to have an impact at City Hall – not just for arts funding – but to contribute to a city that is understood as a community and is based on inclusive values.