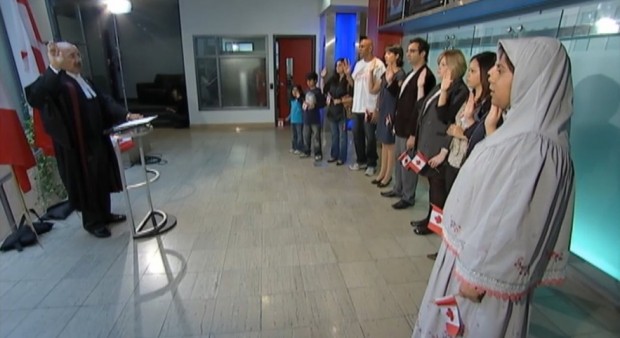 CLICK IMAGE TO WATCH VIDEO: "I swear that I will be faithful and bear true alliance to his Majesty Stephen Harper, King of Canada, His Heirs and Successors (cough) Jason Kenney..."

After years of slashing and bashing the Canadian arts community, the Harper Government has finally decided to embrace live theatre through an exciting new partnership just launched with co-producer SUN TV.

Under the terms of the arrangement just leaked this morning by The Globe and Mail, taxpayer funded Federal bureaucrats will be considered “in kind” donations to the Qubecor-owned news station. Leveraging the value that public servants can return to the taxpayer has been a Harper Government priority since their election in 2006, and under a majority government Canadians can expect to see increased focus on public/private initiatives that promote cultural works.

The play which was also simulcast across the nation via SUN TV is titled Welcome To Canada.  A parody based on traditional stereotypes corporate media often tries to espouse as common to the immigrant experience, it requires performers with little to no training to act as if they have just arrived in the country and have been harassed by government officials over the phone to re-state their citizenship vows live for pro-corporate television cameras.

As a cross-platform multimedia performance, this type of groundbreaking work exploring the many layers of the immigrant experience places the Harper Government at the vanguard of cultural expression. Rare is the work that finds a way to embrace community outreach and fiction in a way that intersects with core questions of Canadian identity. Could this type of commitment to put significant taxpayer funds into live theatre signal the beginning of a Canadian cultural renaissance?

SUN TV has yet to comment on the exciting possibilities this new arrangement has for the network to reduce the labour costs on Ezra Levant’s upcoming 24-part mini-series, “It’s Okay to Torture Children I Don’t Like“. 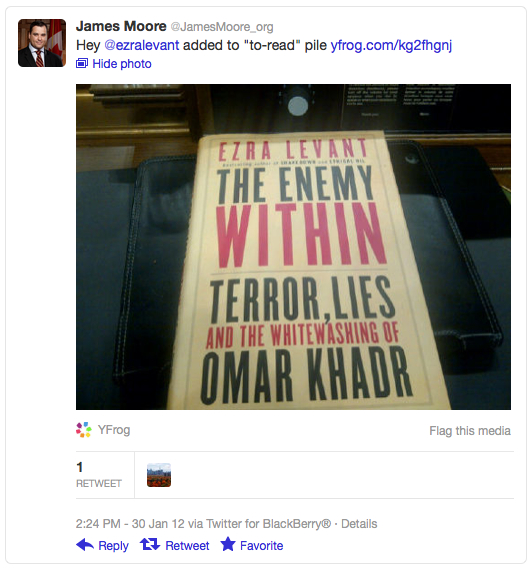