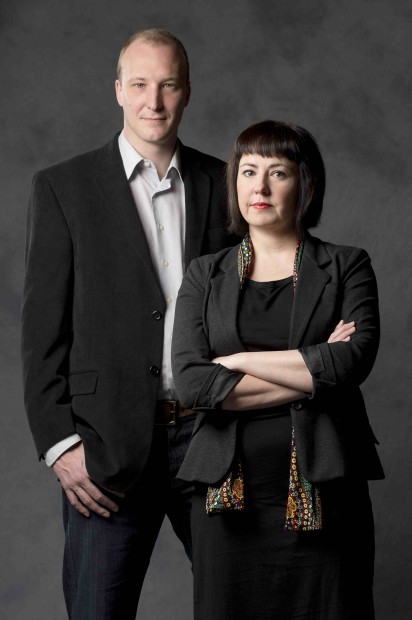 Since mid-February I have been working along with Krista Jackson as one of two Neil Munro Intern Directors at The Shaw Festival. The Theatre Ontario and Sun Life Financial sponsored program inserts us into three shows at the festival as assistant directors, as well as running sessions with the Shaw Academy. It concludes with The Directors Project: we choose a one-act from the Shaw Festival mandate and create with festival actors and designers.

Krista and I will present our top three picks for this text to a committee led by Program Director Eda Holmes in mid-June.  In early-July once the selection has been approved and confirmed, we discuss with the committee appropriate actors for specific roles who are then asked if they would like to volunteer to be part of our project. Rehearsals begin in August for invite-only presentations in September.

We both hope our thoughts as we go through this process will be interesting to theatre blog readers and thus we have elected to write the occasional co-blog on The Directors Project and what is going on with us at The Shaw Festival. 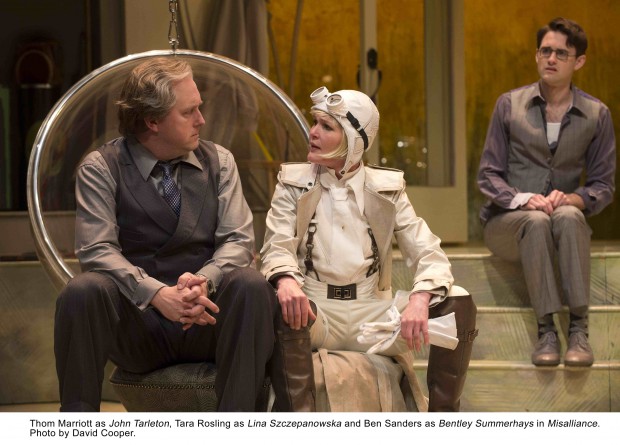 Writing on a rainy afternoon in my little cottage in Niagara-on-the-Lake – Misalliance directed by Eda Holmes is in previews and we are in the thick of blocking His Girl Friday directed by Jim Mezon– the second of three shows I am assisting on.  I am staring at my pile of one act plays on my coffee table which includes the large red binder Neil Munro assembled of “good ones”, wondering which one to crack this afternoon. I have read nineteen so far bypassing the shows done in the director project’s recent past.

So what is swirling around in my head? Translations are always an issue with pieces that aren’t American or British, but at this point I’m not ruling out anyone. When chatting with ensemble members and stage managers about the project many have talked about comedies being preferable to work on – and see – by the end of a long season.  Still, I want to narrow it to three shows that excite me and make me ask the most questions.

Royal Manitoba Theatre Centre just celebrated Shaw in this year’s Master Playwrights Festival and I directed a production of Village Wooing for my company, zone41 theatre. So, I was pretty sure I wasn’t going to do a Shaw again, but after working on the brilliant Misalliance I was seduced into reading some of his other one acts and have found one I really like.  Michael and I have made a pact to use both music interns Beau Dixon and Scott Christian to compose some original music for our shows, so I am also keeping that in mind as I read. A one act with multiple scenes perhaps? More reading to do…

Today I’ll dive into Feydeau, First to Last – a compilation of 8 one act farces. Bring on any suggestions – and thanks for reading! 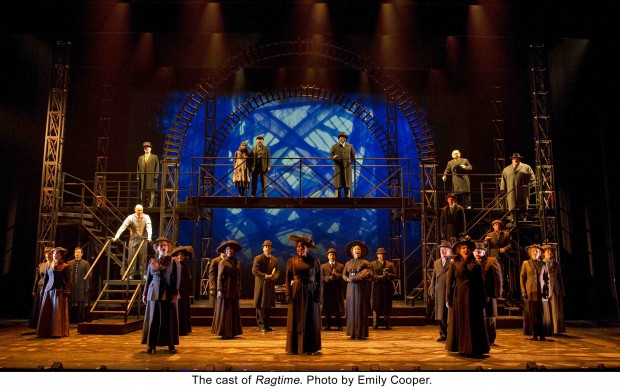 So far the majority of my experience here has been working as an assistant director with Shaw Festival Artistic Director Jackie Maxwell on Ragtime at The Festival Theatre and with director Alisa Palmer on A Man and Some Women at The Courthouse Theatre.

I am learning a ton  – it is a very different creative process when you are rehearsing a show for half-days over a two-month period with some of the best actors in the country. Not that Praxis actors aren’t some of the best in the country also, in fact Tim Buck 2 co-creator Ben Sanders stars in The Shaw Festival’s production of Misalliance, but I digress.

In terms of picking a one-act, so far my reading has begun with classics one would expect to read if picking a play written during Shaw’s lifetime (1856-1950). Shaw, Chekhov, Brecht, a little Synge and Coward.  I have already come up with a few texts that fascinate me. The size of cast is a question I am considering currently: Do I want to work with an ensemble or with a smaller cast on some really detailed work? Either way we get the same amount of rehearsal time. I think the answer to that question will inform my eventual choices for texts and the process that we work with.

In any case, look forward to more specific posts as the deadline approaches and I have to make some choices. I don’t intend to be too coy about the whole thing and will throw out some titles that I am considering next time around. Please feel free to leave us your thoughts and ideas about what to read next in the comments.