The Indie Caucus goes to Videofag 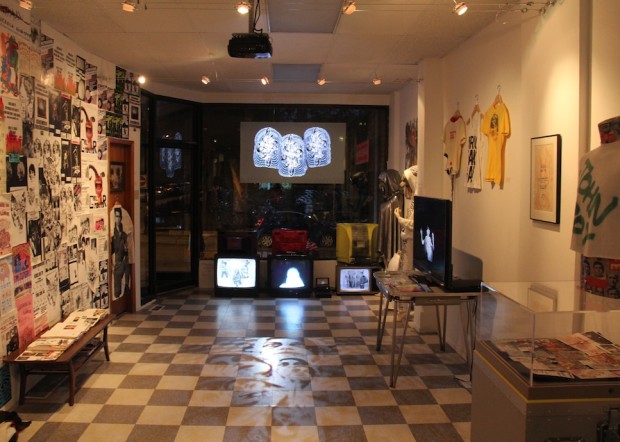 In 2007, the Indie Caucus was announced by the Toronto Alliance for the Performing Arts as a forum for companies to work together through the many challenges that face indie theatre in Toronto. However, for the last few years, the Caucus has been focused primarily on tackling the major issues we face together in relation to Canadian Actors’ Equity Association.

You can click here to read the plethora of Indie Caucus-related posts we have written over the last few years. These posts include our campaign to get an indie-focused slate of candidates elected to CAEA Council in Ontario – along with our 5 successful new Ontario reps.

Last year I took on the role of Co-Chair of the Caucus, taking over the reins from everybody’s favourite guy, Richard Lee, and I was later elected to the TAPA Board of Directors where I’m a representative for indie theatre, amongst an awesome group of people advocating for Theatre, Dance and Opera in the city.

On Wednesday March 6th, I’ll be co-Chairing our next Indie Caucus meeting, but this one is going to be a little different.

On March 6th, our meeting will be held at Suburban Beast’s new interdisciplinary performance space, Videofag. We’ll be meeting with our regulars for a quick update at 6pm (where we’ll probably talk about Equity’s new “small-scale” theatre policies), and then opening the doors at 7pm to anyone who’d like to know more about the Indie Caucus, and any companies or individuals interested in joining.

I look forward to talking about joint marketing initiatives, an indie mentoring program, and other issues you might bring to the table – and probably a recap about Equity’s new small-scale theatre policies.

TAPA has created a non-facebook event here, where you can RSVP to let us know you’re coming. If you can’t attend despite your interest in the Caucus, feel free to send an email to jacobak@tapa.ca and we’ll add you to the list for future meetings and event invitations.

Videofag is located at 187 August Avenue in Toronto.

« Elsewhere in the theatrosphere
Praxis Theatre goes to the dogs »