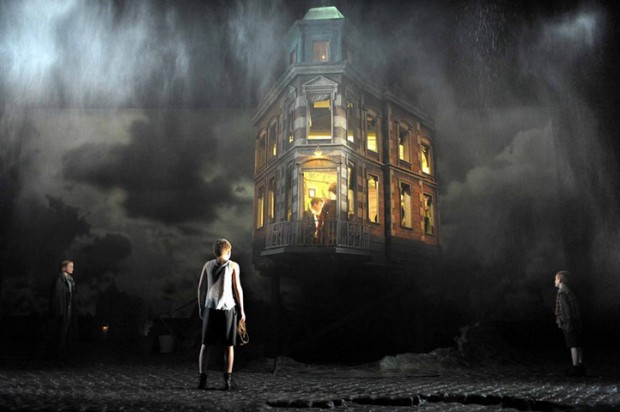 Stephen Daldry’s 1992 production of An Inspector Calls highlighted for its design by Ian MacNeil in The Guardian.   Photograph: PR

by Aislinn Rose and Michael Wheeler

Critic Susannah Clapp looks at some of the most compelling set designs that defined modern theatre over the past century. Beginning with Gordon Craig’s Hamlet at The Moscow Art Theatre where Stanislavsky and Chekhov were busy transforming directing, acting and playwriting at the same time; dropping in on Peter Brook’s era-defining Midsummer Night’s Dream; and hitting up Punchdrunk’s Faust, created just before their perpetual immersive hit Sleep No More, this visual list is a palpable study of how design has impacted where we came from and where we’re going in modern theatre.

This year we’re going super meta by including a list of the 10 Best “Best of 2012” lists in our Top 10 of the Top 10 lists of 2012. Still with us? Storify user Jeff Elder has collected his favourite lists of the year, including Weird Weather, Tattooed Olympians and Best Memes .

The Ontario Ombudsman for continuing to highlight policing issues in Canada

Last year Ontario Ombudsman Andre Marin was number one on our list of the Top 10 of the Top 10 for 2011 for posting his highlights from the year and bringing attention to his damning report on the Toronto G20. His 2012 highlights include a recent notice from the Law Society of Upper Canada questioning how lawyers could ever represent multiple segregated witness officers in SIU cases. Marin had reported on this problem in 2011 and 2008. 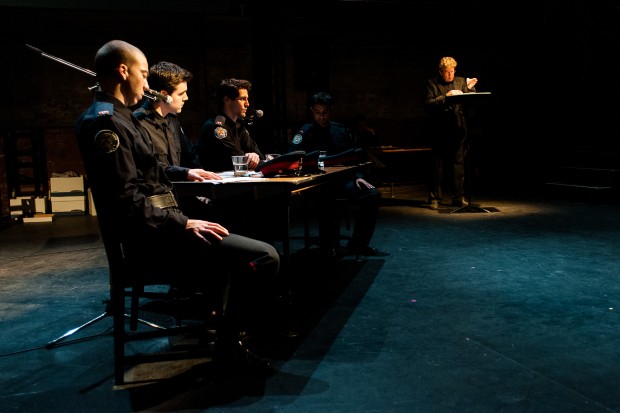 The Toronto Star for its Top cultural gaffes of 2012

If you are a fan of the Harper Government’s agenda to use public cultural funding to “continue the appropriation of national symbols”, this list by entertainment writer Martin Knelman is for you. By characterizing the Canadian Association of University Teachers’ critique of the Federal Government’s decision to replace the Canadian Museum of Civilization with the Canadian Museum of History as “looking a gift horse in the mouth”, he reminds us that our role as artists is not to think about how our creations and institutions shape society, but to take money where we can get it and stop asking difficult questions.

Starting the list with “We won everything!”, Fab Magazine has put together a list of “Everything and anything gay that was a thing in 2012”: the successes of the US election, Anderson Cooper coming out, the death of Whitney Houston, and Obama’s joke about replacing “Don’t Ask Don’t Tell” with “It’s Raining Men”. Toronto Artist Nina Arsenault was called out for her many projects of 2012 in a section entitled “Meanwhile, I cleaned my room”.

The Nieman Journalism Lab at Harvard University asked 35 of the smartest people they knew what was going to happen next year. The result is a broad array of compelling ideas for anyone interested in how communication is transforming in the digital age. We haven’t read through all of them yet, but Digg GM Jake Levine’s The Broadcast-ification of Social Media is one of the smartest and most succinct analyses of how Facebook and Twitter are now working against promoting the same attributes that made them great. 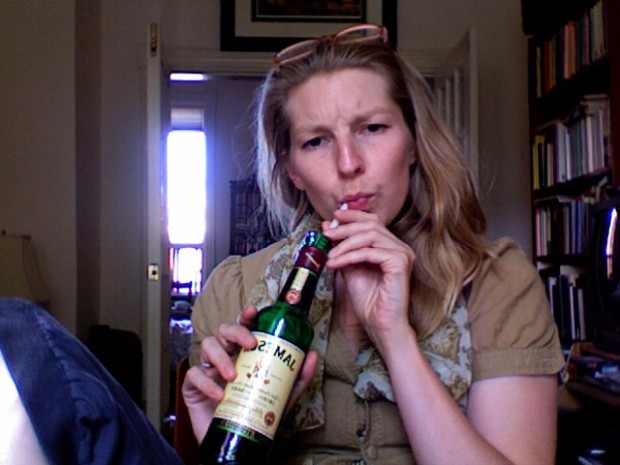 Maev Beaty explored the issues and process behind The Africa Trilogy on Praxis in 2009.

Pretty much every Toronto theatre list for loving Maev Beaty, with a special nod to The Grid for including her work on the Edward Bond Festival

From the Toronto Star’s Five Faves of 2012, in which Cate Blanchett became known as the “Maev Beaty of Australia”, to The National Post’s The Year’s Best Performances, to Jon Kaplan’s Top 10 Theatre Artists in NOW Magazine, Maev Beaty was everywhere in this year’s plethora of best-of lists. Not content with starring in a number of Toronto’s biggest hits this year, Beaty also co-produced the hugely successful Edward Bond Festival with her husband Alan Dilworth, as pointed out in The Grid’s end of the year list.

We have made it pretty clear in this space we think the new Off-Mirvish Season launched with the hugely successful Terminus is an exciting development for our theatrical ecosystem that has the potential to create a bridge between the sweat-subsidized indie world and commercial theatre. Blog TO’s Keith Bennie and Torontoist’s Carly Maga both recognized this in their year-end round-ups as well. Next up in the Off-Mirvish season: TO indie powerhouse Studio 180 gets a new audience for their critically acclaimed production of Clybourne Park.

This year’s roundup by critic Kelly Nestruck looked at how board directors of Canadian theatres were thrust into the spotlight in 2012. It’s a fair point – we did spend a lot of time talking about boards this year. What makes this piece different than several end-of-year articles on this topic, are the remarks left by playwright Michael Healey in the comments. Intimately connected to several of the Board Controversies, Healey’s comments connect the issue to greater forces shaping our theatre and the necessity of public investment in the arts.

When Canadian Press reporter Jen Ditchburn wrote a story on the worst attendance records among Canadian Senators, Senator Brazeau was at the top of that list. Brazeau took to twitter to say what would happen if Ditchburn changed the D in her name to a B. The reporter assured Brazeau that he was absolutely, most definitely the very first person to have ever made fun of her name in this way.

Brazeau also made news earlier in November for collecting the $20k housing allowance that Senators receive if their primary residence is more than 100 kilometres away from the capital, despite the apartment he rents across the river from Ottawa.

To finish off a great year, Brazeau has gone on to suggest that Attawapiskat Chief Theresa Spence doesn’t set “a good example for young Aboriginal youth” with her hunger strike. We’re not sure the thousands rallying across the country agree. 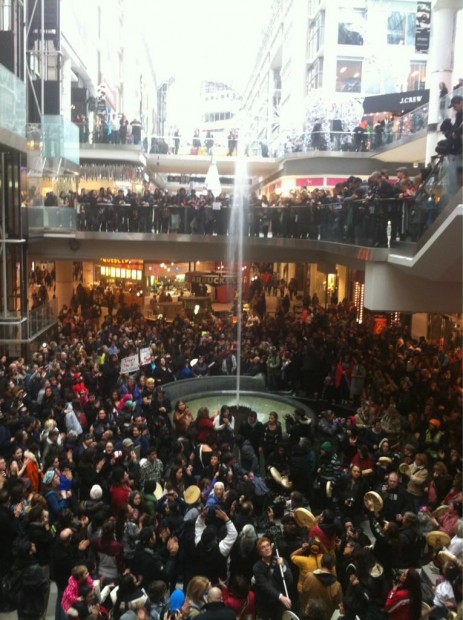 Marjorie Chan’s stunning twitter image of hundreds of Canadians setting an example in support of #idlenomore and Chief Theresa Spence at the Toronto Eaton Centre December 30, 2012